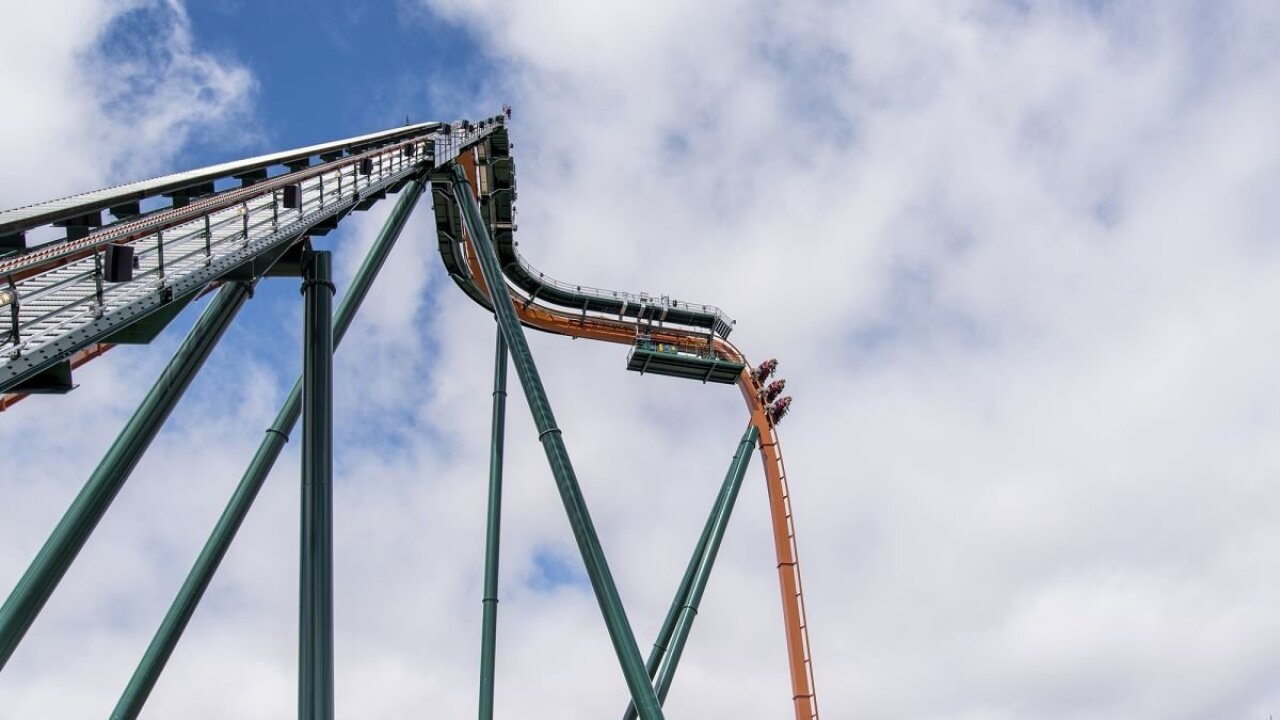 (CNN) -- Can you imagine hanging over a straight drop -- and staring down 245 feet into the gaping maw of an underwater tunnel? Well, you no longer have to imagine.

You can travel to Canada's Wonderland, a large theme park outside of Toronto, and submit yourself to that thrill on the Yukon Striker roller coaster.

It opened at 10 a.m. local time Friday along with the rest of the park. Winners of a charity draw took preview rides the Striker on April 25, the park said. But now the rest of us can have at it.

Canada's Wonderland says it's "the longest, fastest and tallest dive roller coaster in the world."

And exactly what is a dive roller coaster? According to coaster designers Bolliger & Mabillard, a dive coaster has a "straight vertical drop with riders facing down (that) creates a different ride experience."

As the name "Yukon Striker" implies, the theme of the coaster will be late 1800s gold rush Canada, when adventurers poured into the northwestern Yukon territory in search of fast wealth.

Speaking of fast, here are a few stats supplied by the park that will take your breath away:

-- 4: That's the number of inversions (coaster speak for being turned upside down and then returned right side up) you'll be put through.

And because all of this isn't going to be special enough, the Striker will have floorless seating for "enhanced visibility," a three-second dangle before you're released into the straight drop and a 360-degree loop, which the park says has never before been on a dive coaster.

The coaster had a smooth opening.

"I had a chance to ride with the first guests in line this morning, and everyone was very excited," Grace Peacock, director of communications for the park, told CNN Travel on Friday afternoon. "They were cheering when the first riders got on and clapping when they returned to the station after their ride. ... I think everyone was blown away by that 90-degree drop."

If the Yukon Striker looks like too much to handle, the park has plenty of other coasters from which to choose.