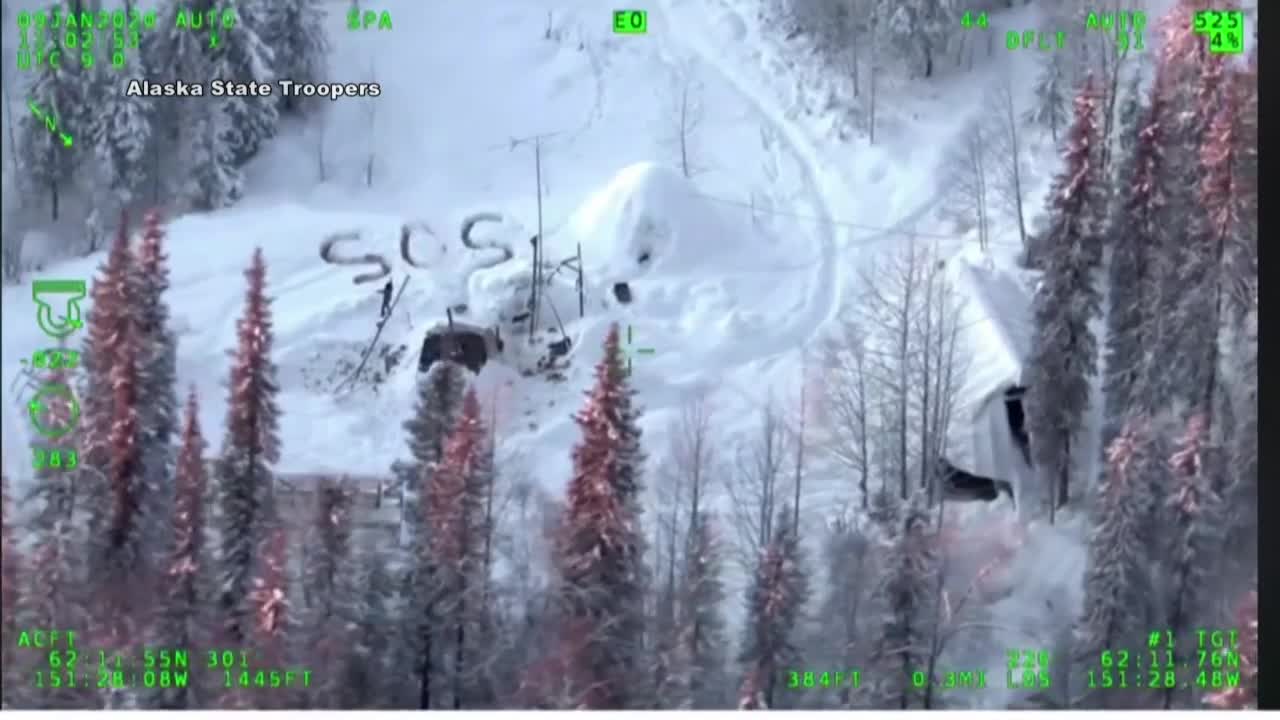 State troopers rescued an Alaskan homesteader who survived for weeks in sub-zero weather after his cabin burned down.

SKWENTNA, AK — (KTUU/NBC) - State troopers rescued an Alaskan homesteader who survived for weeks in sub-zero weather after his cabin burned down.

In mid-December Tyson Steele woke to find the roof of his cabin in flames. Steel grabbed a few supplies and managed to escape.

He set up an S-0-S in the snow and waited to be rescued.

For more than 20 days, Steele survived in a make-shift shelter using debris from his cabin along with what little food he had managed to salvage.

He was eventually rescued by a state trooper helicopter team.

"At that point, I just sat down on the ground for awhile. It was cold, I didn't have any socks in my boots, and I was just wearing pajamas at that point, and a t-shirt," said Steele. "Pineapples. I'm allergic to pineapples, but I ate them anyway because that's what I had."

"Honestly I was grateful that all my bullets blew up, because that could have been a temptation to be like 'I'm not gonna make it,' and I put myself out, right? That's a very real thought that crept up almost daily, especially on really cold nights."