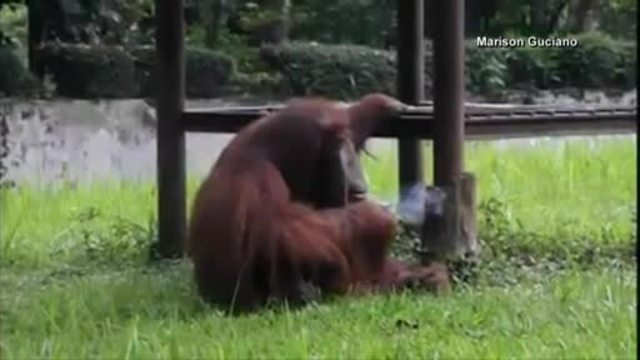 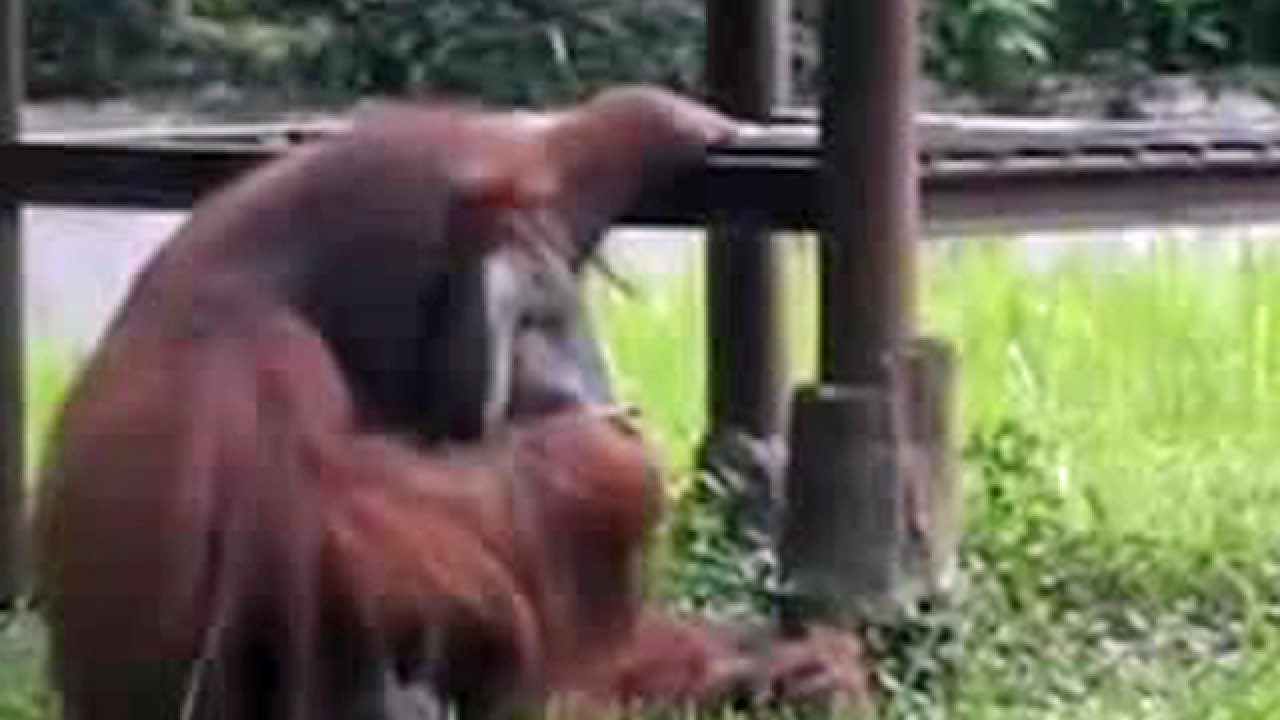 A video shot in a zoo in Indonesia shows an orangutan picking up and smoking a cigarette after it had been tossed into the primate's enclosure by a visitor.

In the video-- shot by animal rights activist Marison Guciano-- a man can be seen taking a drag from a cigarette and then flicking it into the enclosure.

When posting the video to his social media channel, Guciano wrote comments that said the visitors do not know how to interact with the animals properly and that supervision by zoo management is lacking.

A spokesperson from Bandung Zoo, where the video was shot, told local media that under-staffing is a problem, but defended the zoo and told reporters "we have limited keepers, they are already working to the max."

They also have other jobs, like feeding and cleaning enclosures.

Bandung Zoo has previously come under fire for negligent treatment of animals. A January 2017 video showed bears in the complex begging for food from visitors.