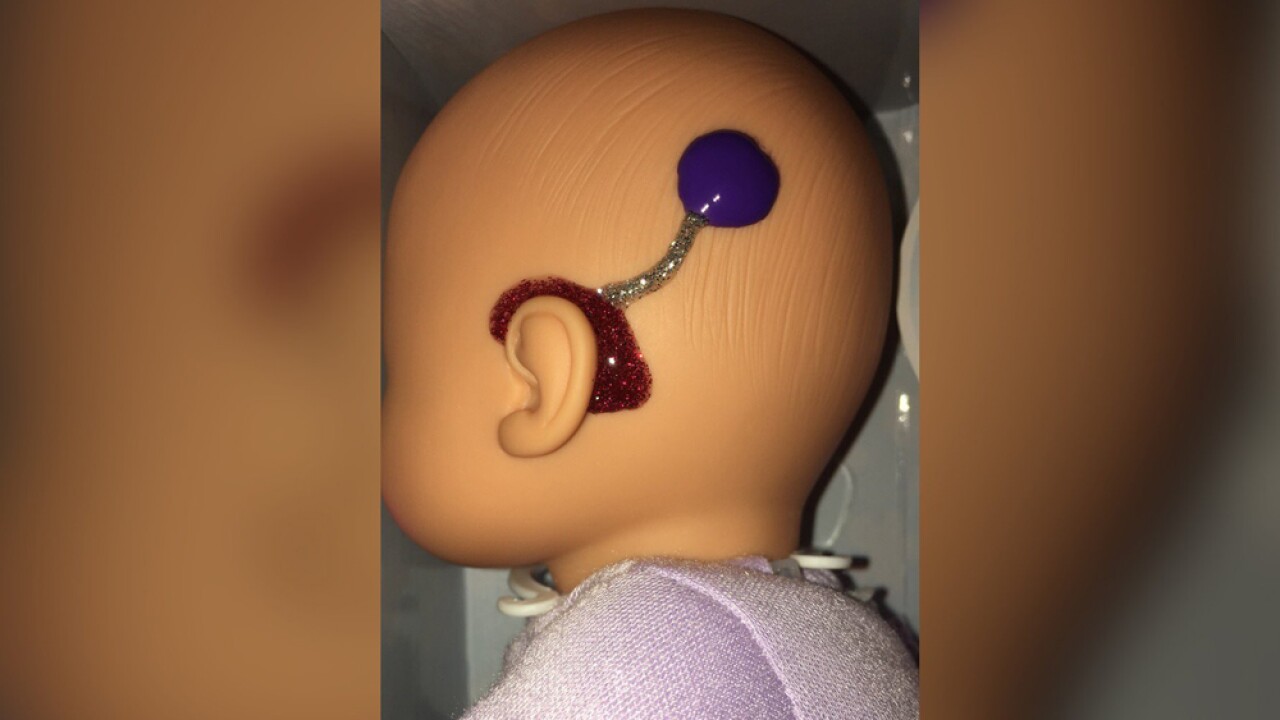 (CNN) -- Genesis Politron is a preschool and kindergarten teacher in Watsonville, California, who works with deaf and hard of hearing students.

While shopping for toys for her class, Politron realized there weren't any dolls that resembled her students with hearing devices.

So she decided to craft some on her own. Using creativity -- and a lot of glitter -- the teacher added hearing aids and cochlear implants to the new baby dolls for the school.

"I thought of all of the times that I played with my own dolls as a little girl, and how I'd always reach for the doll that I identified most with. I wanted my students to have the same opportunity, and to be represented in the toys that they play with," she told CNN.

I teach preschool and kindergarten for Deaf/Hard of Hearing kids, and my students never see toys that resemble their hearing devices (Hearing Aids/Cochlear Implants), so I added some to our new baby dolls on my own. I wish everyone could see their faces playing with these🤧💕 pic.twitter.com/HQ5otlrtdz

"No child should ever feel as if they aren't 'normal' or as if they don't belong. I wanted to allow my students to see themselves in toys for once, to feel accepted."

Politron said her students were surprised and excited to see the baby dolls -- and they have not been put down since.

"Those with cochlear implants tend to only reach for the doll with cochlear implants, and those with hearing aids tend to do the same. It's so exciting to watch their interactions with them, and watch as they identify with the doll that resembles them," she said. "Now, I watch as they feed their babies everyday, and 'rock them to sleep', and it's the sweetest sight!"

At first, Politron used different colored glues for the implants, but they came off easily and didn't make it past little hands, she said. Then, she used fabric paints which worked out great, she added.

The teacher posted photos of the dolls on Twitter with the intention of spreading awareness largely among just her friends, since she only has 115 followers on the platform, Politron said.

"I'm glad that so many people have realized the lack of inclusion when it comes to toys. I hope those that it has reached take the initiative to learn some sign language," Politron said.

"Children's minds are extremely malleable, and I believe it's our jobs as adults to mold them into empowered, confident, and most importantly happy little people as best as we can."