8-year-old Tennessee boy loses all his toys in house fire, classmates surprise him with toy drive 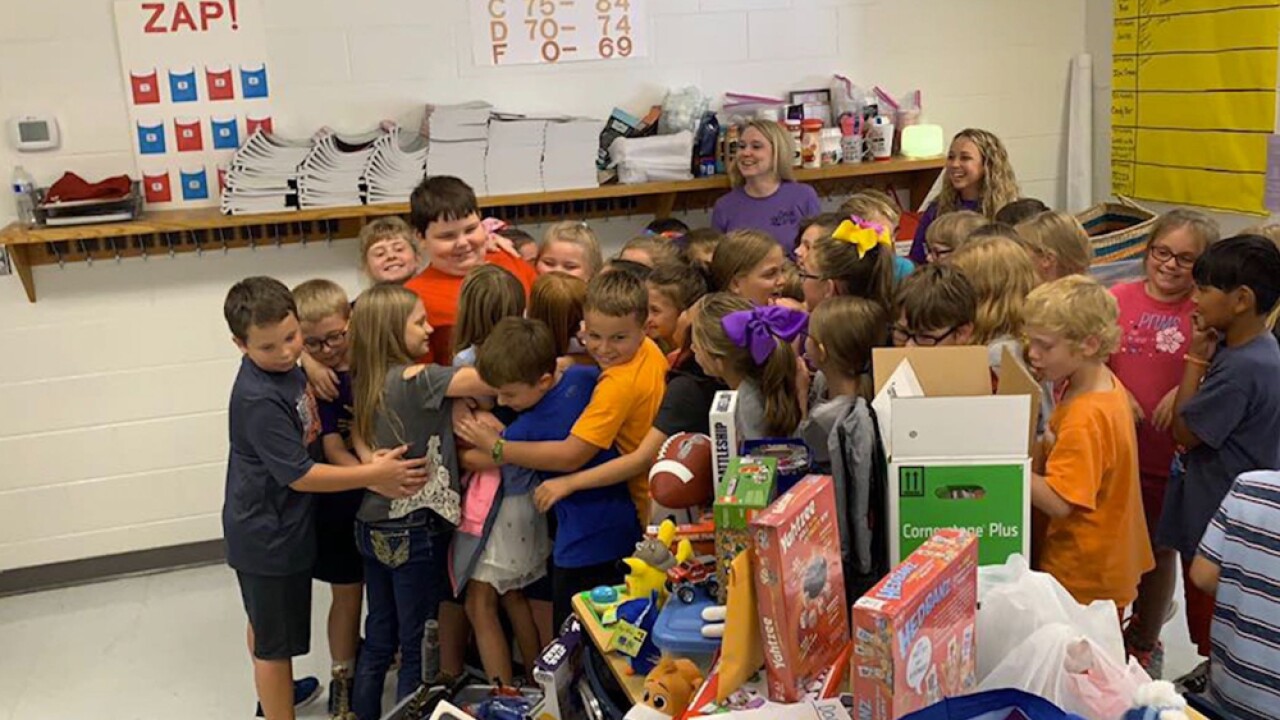 Copyright 2019 Cable News Network, Inc., a Time Warner Company. All rights reserved.
Philadelphia Elementary School via CNN Newsource
Daniel Hunt watched as flames engulfed his family home, taking all his toys with it. But then, a week later, the devastated 8-year-old was surprised by his third-grade classmates with the results of a toy drive.

(CNN) -- Daniel Hunt watched as flames engulfed his family home, taking all his toys with it. But then, a week later, the devastated 8-year-old was surprised by his third-grade classmates with the results of a toy drive.

They had worked in secret to resupply his collection. Daniel was overjoyed.

"We live in a small community in Loudon County, Tennessee. Word of the fire traveled quickly and by Monday, everyone just wanted to help," Hunt's homeroom teacher Casey MacKintosh told CNN of the heartwarming effort.

That's when the teachers at Philadelphia Elementary School in East Tennessee decided to hold a secret toy drive, where the students would bring in a toy of their choosing to share with their classmate in need.

"It was very sweet and a lot of fun for the kids. They needed to keep it a secret, so they would walk in every morning that week whispering, 'I have this toy for Daniel hidden in my backpack,'" MacKintosh explained.

The children kept the growing stockpile hidden from Daniel all week. Then on Friday, a teacher sent Hunt on an errand outside the classroom.

"When he came back, we yelled 'surprise!' and instead of rushing to the toys, he just held his arms opened and asked his classmates for a hug," MacKintosh said of the touching moment.

Daniel said the feeling left him crying happy tears with the feeling of "joy in his stomach." His mom, Kristen Wilburn, said he's been smiling ever since.

"It was a kitchen fire. I'm not sure how it happened, we found some bits and pieces that were salvageable -- my wedding ring made it-- but nothing else made it," Wilburn told CNN. "Daniel has been in awe on how many people have been willing to help us without being asked."

Although they lost their home, Hunt and his parents are thankful no one was hurt. They are now living with family members until they figure out their next step.