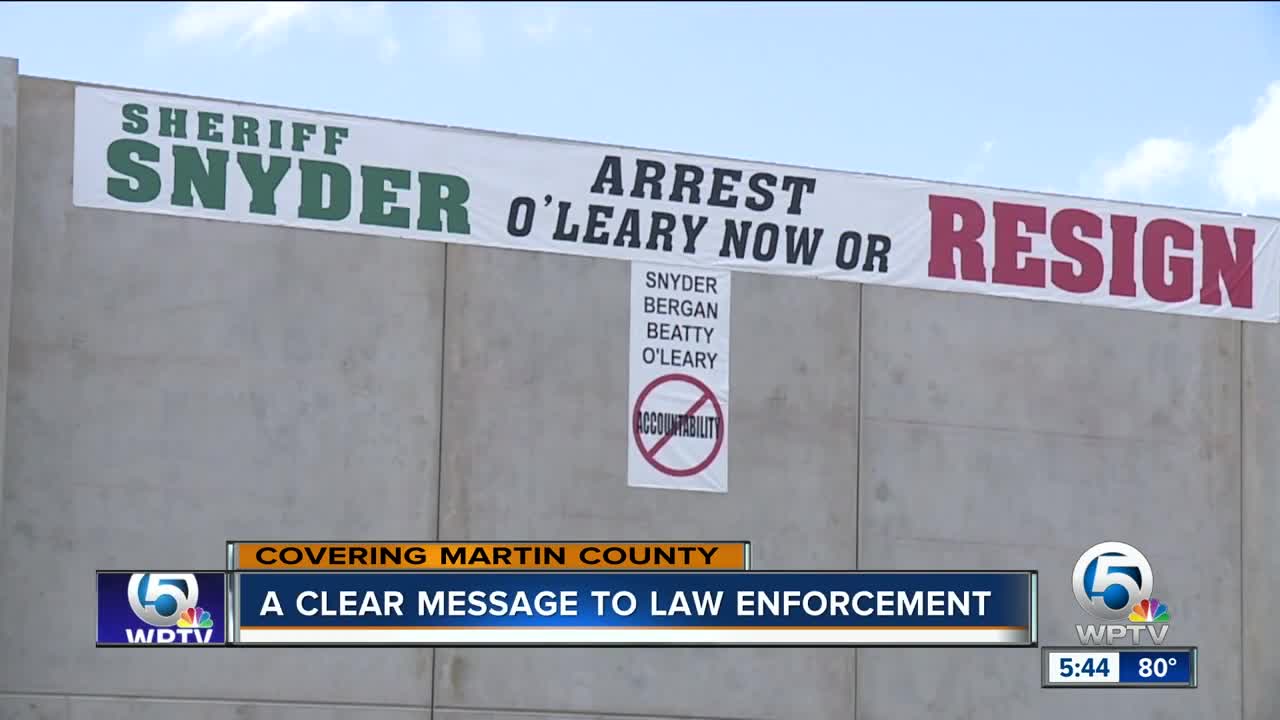 The sign on a building in Marin County reads: Sheriff Snyder, arrest O’Leary now or resign.

“I’m hoping it’s going to shine a light,” said James Crocker, who put up the sign.

“I think that now is too late,” Crocker said. “Yesterday was too late. I really don’t know what the Sheriff is waiting on.”

In January, Martin County Sheriff William Snyder announced O’Leary arrested several people on drug charges, but what he submitted into evidence was not narcotics.

“Why he did this, I do not know,” Snyder said in January.

Matt Crull was arrested by O’Leary for possession of heroin.

“I just looked at him baffled and confused because I had no idea as to where 92 grams of heroin came from inside of my van,” Crull said in January.

But it wasn’t heroin. It was detergent.

Crull and ten other people arrested by O’Leary have since been released from prison.

Reached by phone on Friday, Sheriff Snyder said an investigation is underway.

“We have evidence being analyzed now,” Snyder said. “We’re extending due process to our former colleague as we would with anybody else.”

Snyder added he believes the investigation would be wrapped up within a few weeks.

WPTV’s legal expert, Michelle Susskauer, said an arrest in a case like this takes time.

“If there are allegations where there were multiple cases, multiple witnesses involved, and creation of evidence or tampering with evidence, it takes time to put the building blocks together to make a case,” Susskauer said.

Crocker vows, until O’Leary is arrested, he will put up more signs.