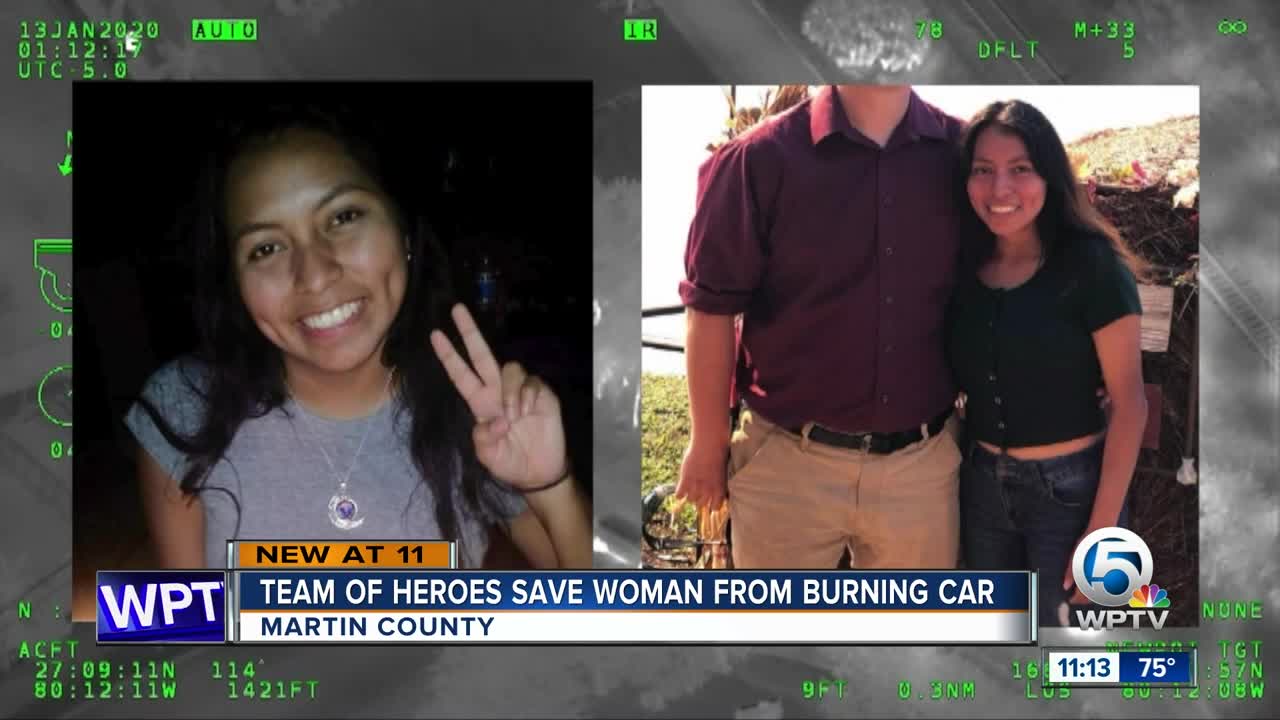 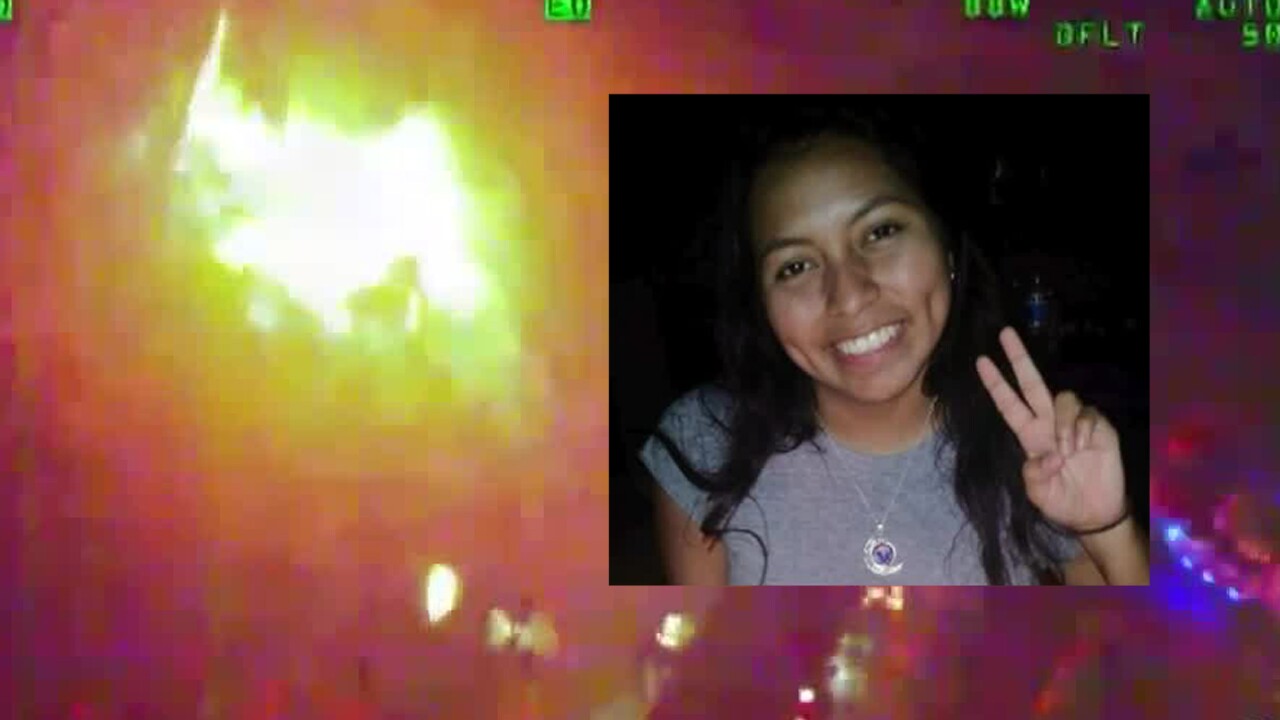 MARTIN COUNTY, Fla. — A Martin County woman rescued from a burning car is recovering in the hospital from serious injuries including multiple broken bones.

Loved ones of 21-year-old Rosie Ramirez say her foot was so badly injured, doctors are trying to save it.

Ramirez and her closest friends and family hope to thank the Martin County sergeant and a driver who teamed up to free her from her burning car.

Tony Weisman was driving home and pulled up to the crash shortly after it happened.

“It was like the whole front of the car was on fire. It was going up the tree and it was a pretty big fire,” Weisman said.

He parked his car and saw a woman already on the scene calling 911. That woman told Weisman someone was trapped inside.

“She said somebody was in the car. That’s when the officer pulled up,” Weisman said.

Sgt. Timothy Baltes was the first law enforcement officer on the scene.

“I saw [Weisman], I looked at him and I said let's go get her. Without hesitation, he joined. We ran up to the car,” Baltes said.

The two men carried her about 20 yards from the car.

Baltes said Ramirez was in a lot of pain. They comforted her until rescue crews arrived.

“Two is always better than one. It was good to have that guy with me. I was happy he was able to jump in the mix right away without hesitation. Not a lot of people would do that,” Baltes said.

The teamwork also helped get Ramirez out of the car before flames reached the cabin.

“It was probably about 20 or 30 seconds before it exploded upfront and started catching in the cabin,” Baltes said.

Loved ones of Ramirez said she had her third surgery Thursday. She has a broken pelvis, broken femur and broken talus. She has a fourth surgery scheduled Saturday where doctors will work on the bones in her foot. That injury was so serious, doctors are hoping she will be able to keep her foot and start learning to walk again in about 6 months.

“I know she’s got a long rehabilitation ahead, but you know what? That’s better than what it could have been,” Baltes said.

Ramirez and her loved ones call the men's actions heroic. They say they were just in the right place.

“If there’s no one else there to help, you always help somebody when they need help,” Weisman said.

"I took an oath to serve and protect. This is the job and this is what I get paid to do. It’s just something we do and I know every officer in this agency would act the same way,” Baltes said.