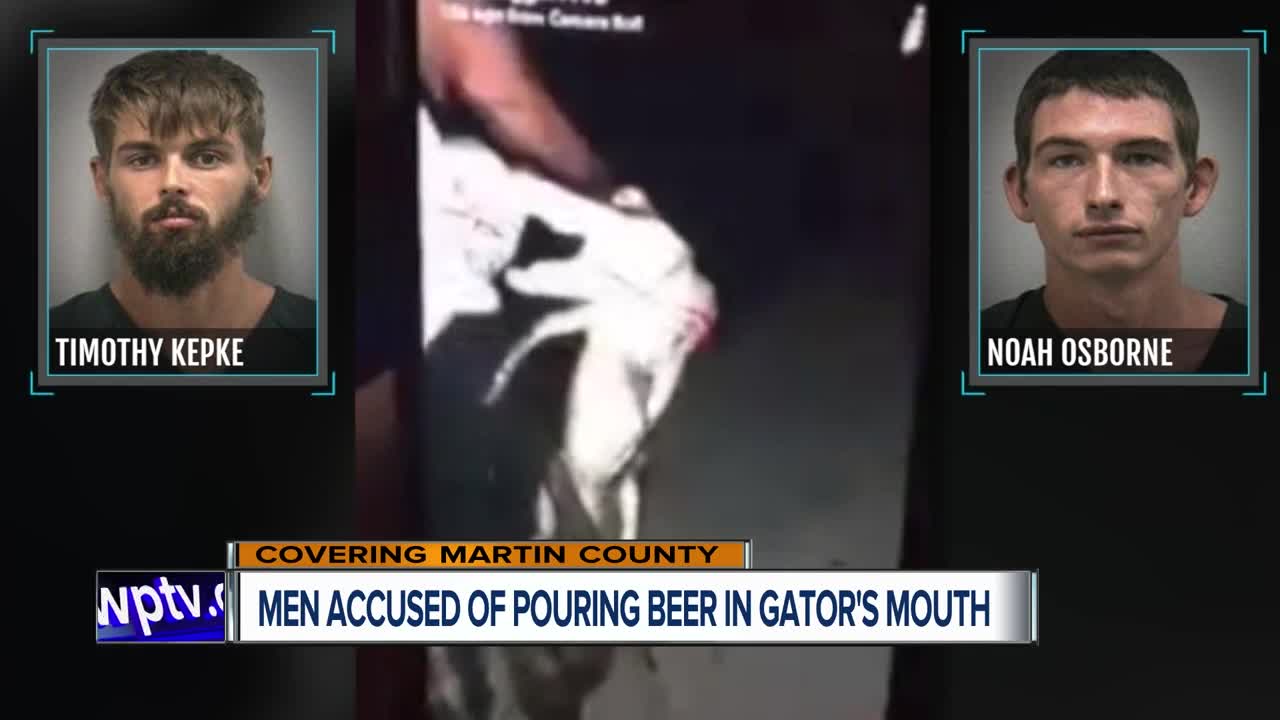 Two Treasure Coast men are facing charges after the Florida Fish and Wildlife Conservation Commission said they poured beer into an alligator's mouth. 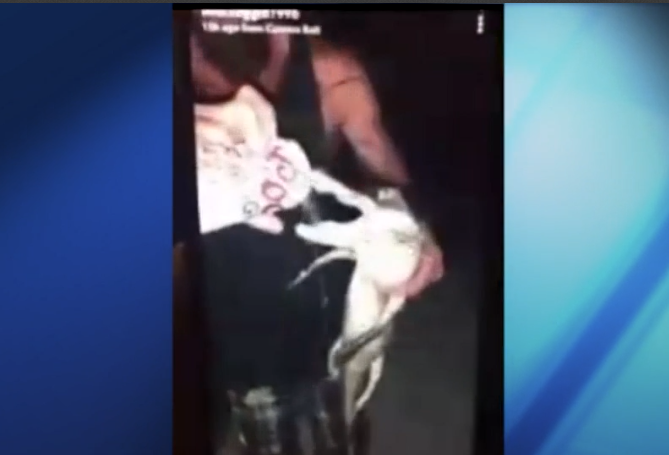 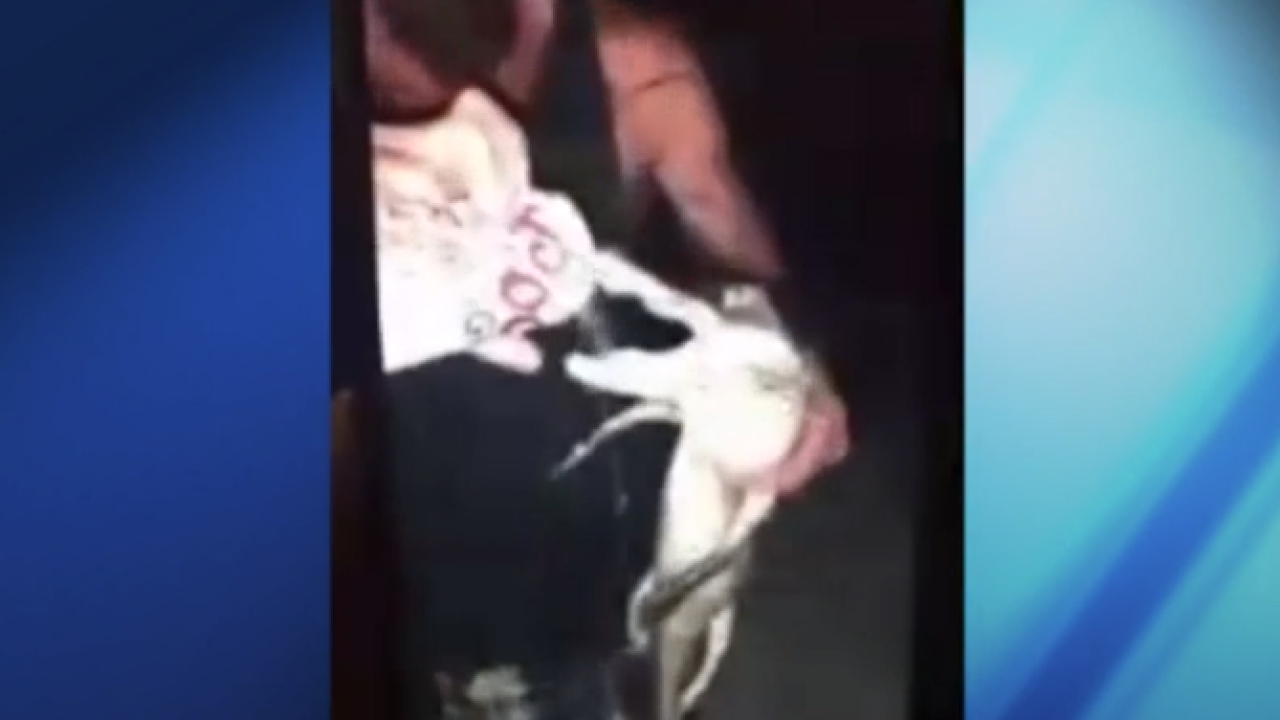 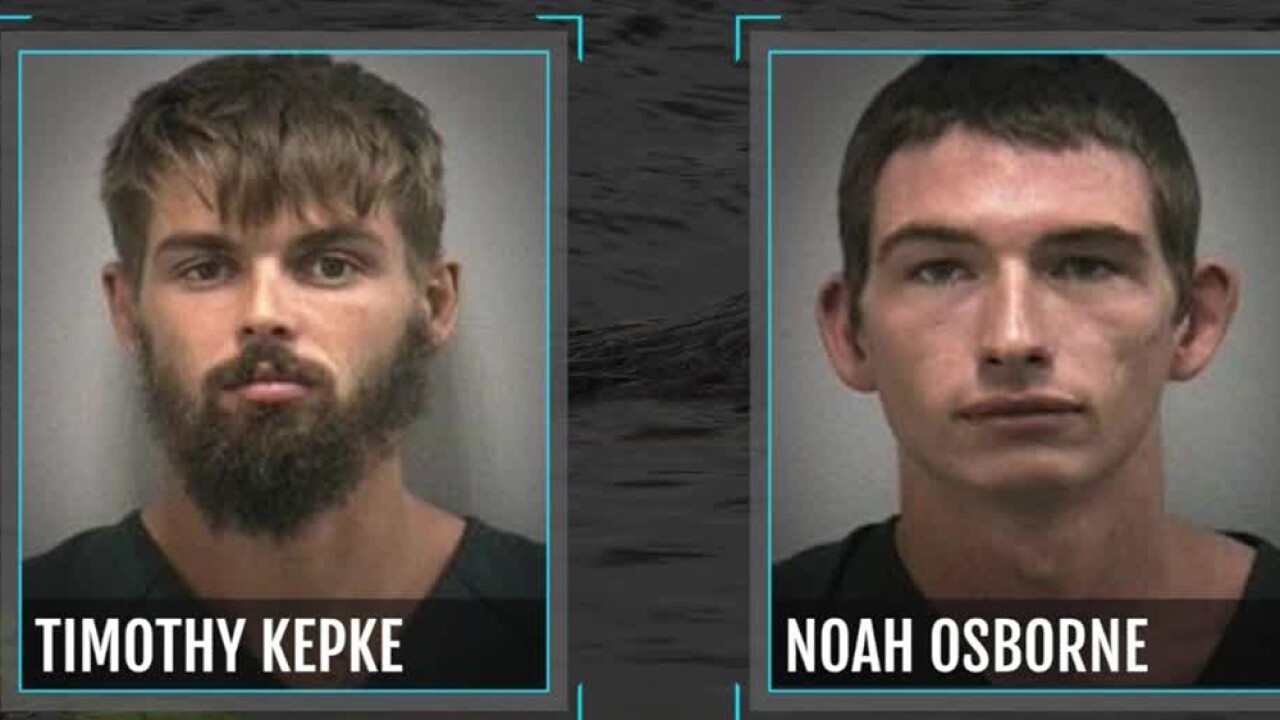 Officials say Noah Osborne, 22, of Stuart caught the gator around the end of July or early August along Ranchwood Street in Palm City.

A video released by Florida Fish and Wildlife Conservation Commission shows the men pouring the beer into the gator's mouth. They told officers they released the gator alive.

Osborne and Timothy Kepke, 27, of Hobe Sound were arrested and released last week. FWC said Kepke admitted to pouring a Coors beer into the alligator's mouth and allowing it to bite his arm.

Kepke told FWC he had a couple of beers but wasn't drunk during the incident.

Both are charged with unlawfully taking an alligator.

FWC started the investigation on Aug. 26 after they received a complaint about the video, which was posted to social media.