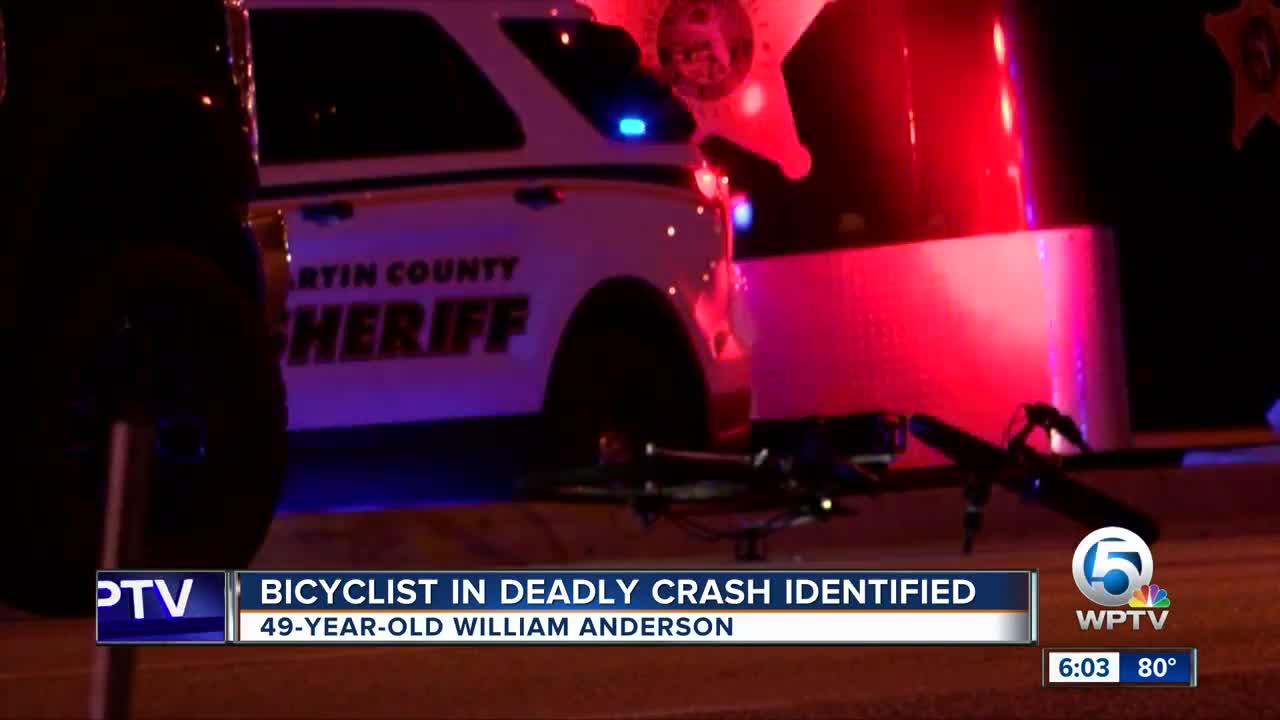 STUART, Fla. -- A bicyclist was struck and killed Friday night in Stuart.

A 23-year-old Hobe Sound man traveling northbound in the center lane of U.S. 1 was changing lanes in his 2018 Ford F-250 truck from the middle lane to the inside lane and was unable to observe Anderson riding his bike in the inside lane.

The truck struck Anderson, who died at the scene. The case is still under investigation.