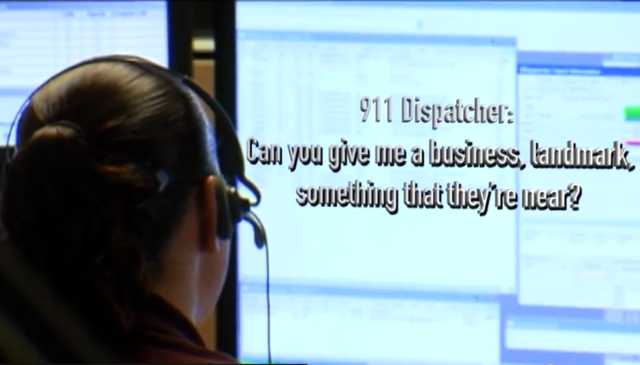 When you call 911 from a cellphone, there's no guarantee dispatchers will know exactly where you are. How can Uber and Dominos find your exact location, but 911 can't? 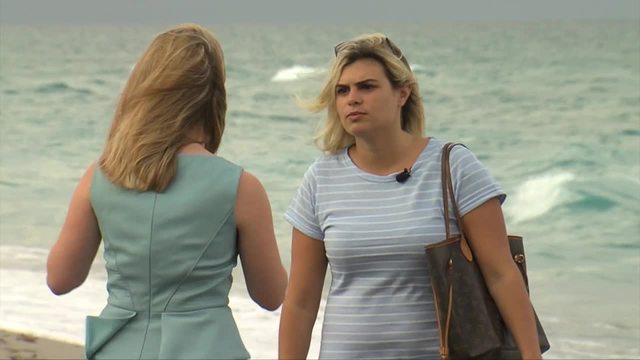 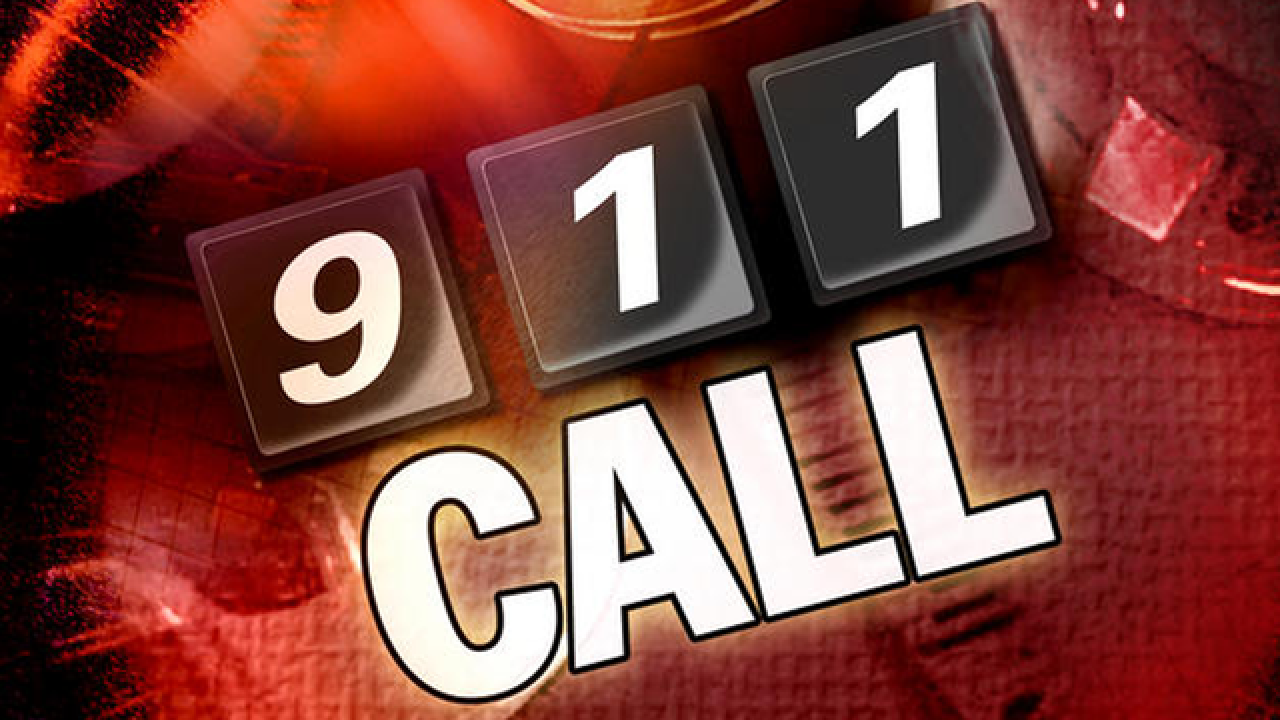 For Alexa McDonald of Jupiter, April 2 will always remain a terrible day.

"It was really bad, it was a really bad rip current."

On that day, McDonald was on the beach in Jupiter along the 2000 block of A1A when, "I saw these two young girls in the water, they looked like they were struggling. The father goes out, he runs. He was trying to save his daughter."

But the father, 46 year old Nader Khalil, visiting from Ohio, began struggling himself. After running into the water to save his daughter, and pushing her back to shore, McDonald says Khalil stopped moving.

"Me and his son were looking at each other and thought, he doesn’t look okay. No signal of drowning or anything like that, he just started taking on water.  So me and his son swam out there, he was unresponsive, taking up water, we didn't know what was happening," McDonald told Contact 5.

McDonald and Khalil's 15 year old son managed to grab hold of Khalil. "Me and his son were almost starting to drown ourselves, we couldn’t carry him anymore and we didn’t really know what to do," says McDonald. But with the help of others on the beach, they pulled him to shore.

McDonald says she was surprised to see that EMS wasn't there yet, as she carried Khalil's body on to the shore.

"On the beach, you know there were multiple people calling 911. I was stuck in a rip current while people were calling 911, I think that speaks volumes."

Records show four people called 911 that day, including Khalil's daughter after she swam back to shore. McDonald herself grabbed the phone from Khalil's daughter, because she figured since she was from the area, she could help explain their location better. This was after she pulled Khalil out of the water.

"I really was at a loss for words. After that whole traumatic experience for me, and doing the best I could to try to save someone's life, they have no idea how to get there," says McDonald.

Contact 5 obtained redacted recordings of those 911 calls. In them you can hear dispatchers telling Khalil's daughter they need more information because "we didn't have a good location."  The dispatcher then says, "I'm not getting a good location with anything they're giving me. I need a good location. I need an actual address, is there a condo right there on the beach. That you can give me the name of?"

Another dispatcher asks another caller for "a business, landmark, something that they are near."

McDonald claims she told dispatchers they were at Beach Access 54. McDonald says she ran up to the street, A1A, to tell them that. "I don't know why I had to swim all the way out there, run all the way down the beach, run all the way up there and she still didn't understand. Even when I was giving a physical address, I felt like I had to keep repeating it," said McDonald.

Because the 911 calls are redacted, we can't hear the locations callers are giving dispatchers.

Authorities said Nader Khalil was out of the water and unresponsive when they arrived. He was taken to Jupiter Medical Center, where he was pronounced dead just before 3 p.m. His autopsy is pending. The medical examiner is working to determine whether he died from drowning or a heart attack.

WHY DIDN'T 911 KNOW THE EXACT LOCATION?

Records show EMS arrived after 10 minutes, but were dispatched immediately after the first call, at 2:11 p.m.

An after action report, completed by Palm Beach County Fire Rescue, has a line that says their system's "location hit was accurate to the location of the incident, but due to the information provided by the 911 caller," they were dispatched to the wrong location.

When we asked PBCFR to explain further, they said "their system is basically the 911 version of a Caller ID and location. The PBCFR call takers (dispatchers) verify location from caller first, not the system, due to ACCURACY issues."

Palm Beach County 911 declined to go on camera with Contact 5, but did give us information over the phone, regarding why 911 has trouble pinpointing exact locations when you call from a cellphone.

911 has a hard time finding exact locations on cellphone calls, because of outdated technology. The system used to locate cellphone calls is 20 years old, designed long before smart phones or GPS.

Here's how they explain it: When you call 911 from your cellphone, the dispatcher does not see your actual location. Instead, dispatch centers have to ask your wireless carrier for your location information. The location information comes from a cell tower, which could put you miles away from where you actually are.

David Hadawi, 911 coordinator for Martin County, explains that sometimes, the nearest cell phone tower will even put you in a different county. "Yes that happens all the time. Neighboring counties. We have people who may just be over the St. Lucie County-Martin line, calling from St. Lucie, but the closest tower is in Martin County."

Dispatchers have specific buttons that allow them to easily transfer to another jurisdiction.

Hadawi explained that once they get the tower location, they can then use their system to further "ping" your location, but it depends on the signal strength of the call and the connection the cellphone has to the network.

"I’ve seen some pings come in as accurate as the northbound on ramp on the 101 exit. I’ve also seen other pings come in 3 houses down from where the caller is actually calling from," said Hadawi.

They use X,Y coordinates and their mapping system to do the best they can.

UBER AND DOMINOS KNOW WHERE I AM ...

So how does Uber and Dominos know exactly where I am but 911 doesn't?

It's because those apps use location sharing. When you download the app, you choose to give them access to your GPS, and they pull your location using the internet and Wifi.

911 centers don't have that technology.

And local 911 centers can't just change a county's system to work like Uber, or just create their own "in case of emergency" app. According to Palm Beach County 911, 911 must be universal and interchangeable, able to work between counties and states.

So until lawmakers and cellphone carriers decide to upgrade, there's no absolute guarantee they'll know exactly where you are.  The FCC has told providers they have until 2021 to provide dispatchable locations for only 80 percent of all wireless 911 calls.

Contact 5 reached out to the four major cellphone carriers, AT&T, Verizon, T-Mobile and Sprint. They directed us to their lobbying group, CTIA, who have not responded to our request for an interview regarding location accuracy.

The FCC also would not comment but told Contact 5 they have adopted new rules they say will help dispatchers better locate wireless callers.

'IN THIS LINE OF WORK, EVERY SECOND MATTERS'

While 911 call centers across the country wait for the FCC and cellphone carriers, David Hadawi of Martin County 911 says their call center is trying new things to help improve location accuracy.

Hadawi says they are looking into getting RapidSOS, a company that has developed technology that can send your exact location from your cellphone to 911.

"Rapid SOS shares your location with us sooner. And more accurately than a traditional style cellphone GPS ping. The cellphone information is shared similar to the way you would share your information with Uber or any other type of tracking software that you have on your phone. It would be shared with devices we have here," said Hadawi.

Hadawi says they are only in the beginning stages of that process.

Palm Beach County 911 says they are creating an improved mapping system, and will be rolling that out sometime in the next 60 days.

Here is the full report: