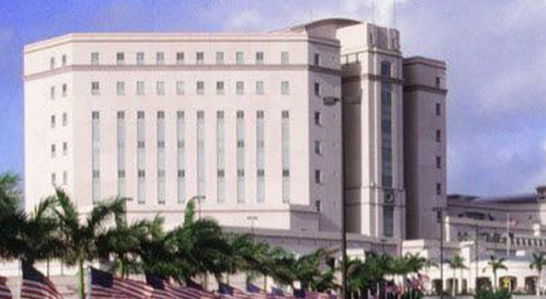 At least 20 veterans commit suicide across the country every day. Two veteran suicides happened within two weeks of each other inside the West Palm Beach VA Medical Center earlier this year. 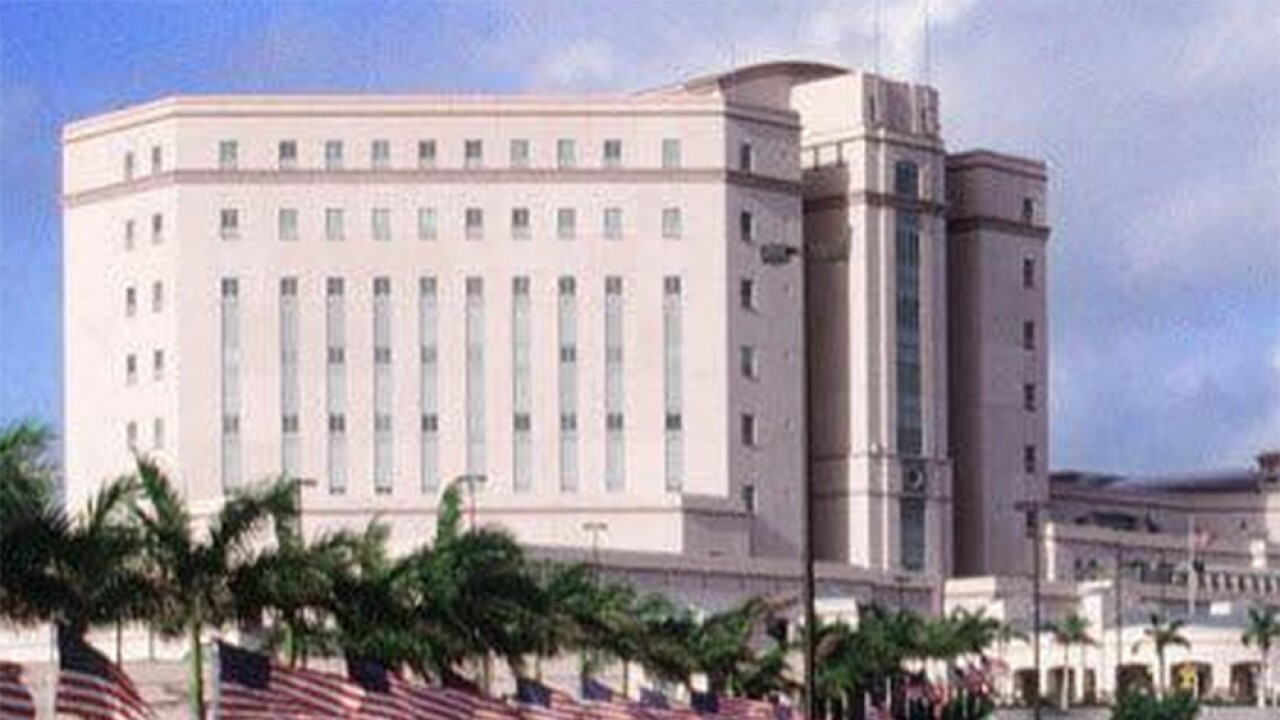 Two veteran suicides happened within two weeks of each other inside the West Palm Beach VA Medical Center earlier this year.

WPTV Contact 5 uncovered that the second suicide was in the hospice unit and happened only days after a sergeant hung himself inside the center's locked mental health unit.

"Army, Navy, Marines, Coast Guard, anybody that wants to go out there and serve their nation, they are expected to be served well by the VA. When there is a failure there, I take it very personally," said Rep. Mast.

WPTV Contact 5 uncovered that in March of this year, Moutsasos wrapped a telephone cord around his neck while being treated at the West Palm Beach VA. He was 87 years old and came into the VA for acute decline, weakness, and leg swelling. He was found unresponsive on March 28 while being treated in hospice at the medical center. He died a few days later, and his cause of death was ruled a suicide.

Moutsasos' family said he was often ping ponged from VA hospital to VA hospital over the years, just looking for help with health issues.

Two weeks before Moutsasos' death, Sgt. Brieux Dash died by suicide inside the mental health unit at the VA, known as Unit 3C.

Investigators said he'd been Baker Acted, then sat in the ER for hours instead of going straight to the mental health unit.

"That's a recipe for disaster, and that's again one of the things the VA needs to look at and say, alright mistakes were made, we need to correct this," said Rep. Mast.

According to VA Secretary Robert Wilkie, Bon was attempting police induced suicide, but Contact 5 learned there weren't any police in the ER at the time.

"It just seems like they are more worried about quantity than quality of care," said Alisha Darcy, who used to work at the West Palm Beach VA Medical Center, but said she quit after 10 years. "It was causing my health to just fail."

Darcy said the employees there care.

"The doctors feel rushed. I used to hear that all the time when I worked there. The doctors were rushed and they didn't have enough time to document in patients' charts," said Darcy.

Darcy said from her experience, she believes the center is overwhelmed.

"The executive branch of management at the VA kind of expects each employee to pull a two person, three person load of work, and it gets very stressful. A lot of employees transfer out of very stressful units like mental health," said Darcy.

Darcy said she knows first hand because she uses the VA's services herself. WPTV asked her how the turnover affects the patients.

"The main complaint I heard is they don't listen. They just push you out the door," said Darcy. "It affects the morale."

Contact 5 also spoke to several current employees who did not want to be identified for fear of retaliation.

"There are not enough psychiatrists for patients," one employee said. "Hands are tied all the time."

"Patients with documented mental health issues are told to come back within a two-week time frame to schedule appointments two months later," said a third employee.

In April, a spokesperson for the West Palm Beach VA Medical Center told Contact 5 there are approximately 130 mental health staffers employed within the Mental Health and Behavioral Science Services Unit.

Rep. Mast said he is working with a team to identify issues at the center and fix them.

"I wish I had a magic wand that I knew the right way to wave it to say, we can end this, we can end the internal pain," said Rep. Mast. "The best thing I think that we can do is give them the love and the respect and the dignity that they deserve, one person at a time."

Rep. Mast said he is pushing for an investigation into Moutsasos' suicide. He said will ask the Office of Inspector General to investigate immediately.

WPTV asked Alisha Darcy how she thinks things can get better.

"I would think with better management, less focused on bonuses," said Darcy. "There's only so much they can do, but I just feel like more can be done if there were more doctors and more time. It just depends on the management, and when they have bad management like they do at the West Palm Beach VA, you end up with an employee problem, which affects the patients."

WPTV asked the VA for an on camera interview, but they declined. When asked about Moutsasos' suicide, a VA spokesperson said they cannot go into specifics about any patients.

When asked about employees' regarding too much work and not enough staff, a spokesperson said:

"Due to privacy act restrictions, in order to comment on specific complaints regarding any current or former employees, we would need their written consent (by having them fill out a form) to discuss all aspects of their job performance. If refused, that does not allow the VA to comment in detail."

Darcy offered to show WPTV her job performance reviews, which she said are all positive. She also wanted to point out she was not the only person who felt the way she does, and the question was about the general feel, not just her.

"The best indicator of adequate staffing levels is not vacancies, but Veteran access to care and health care outcomes. By those standards, West Palm Beach VAMC compares favorably to nearby non-VA facilities in many areas."

After Sgt. Dash's death, Congress asked the Inspector General to investigate. In August, they came out with a 40-page report that determined, "Sergeant Dash received reasonable care," but also found major problems.

"It absolutely raises serious concerns," said Mark Shalloway, an attorney who regularly represents veterans. WPTV had him read over the report. "There’s no questions there were deficits and failures."

Among other things, the Inspector General found that leaders at the West Palm Beach VA Medical Center failed to ensure all staff had required mental health training.

"There needs to be adequate training, ongoing training," said Shalloway.

According to the report, the facility failed to identify hazards on 3C, like anchor points on bedroom doors. That's how Sgt. Dash died by suicide.

The report also found the facility failed to fix security cameras, despite knowing they hadn't been working for three years.

"It is dismaying as I said, because why it took such a sentinel event to remediate it now," said Shalloway.

WPTV also knows from officials that when Sgt. Dash first went into Unit 3C in March, he came in agitated and angry. He was put on 24/7 watch, which is called a 1-to-1. The 1-to-1 eventually became 15-minute checks.

According to officials, 15-minute checks are standard practice. But the Inspector General determined the facility, "lacked a policy or clear expectations regarding 15 minute safety rounds" and said "staff didn't have a 'consistent understanding of their duties regarding safety rounds.'"

The West Palm Beach VA didn't sit down with Contact 5, but did respond to the Inspector General in August.

They promised to make several changes. One of those changes was to install 15 new security/patient safety cameras on Unit 3C, the mental health unit. They say that has been completed.

Officials also said they developed a new policy on 15-minute safety checks/rounding expectations, but are still working on a mechanism to confirm staff compliance with 15-minute rounding requirements.