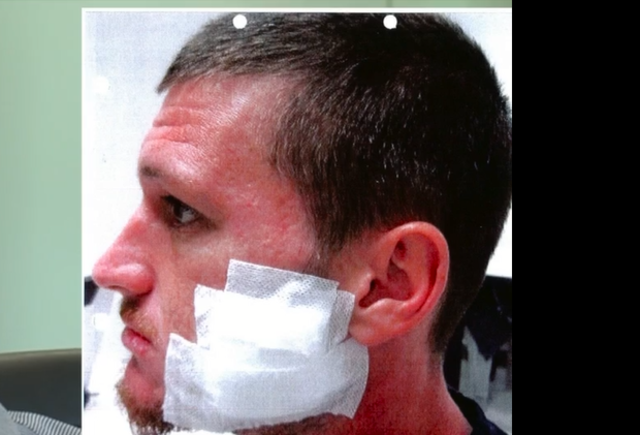 A West Palm Beach man, shot in the face while trying to flee from a deputy, is suing the Palm Beach County Sheriff's Office, accusing them of using "excessive and unreasonable force." 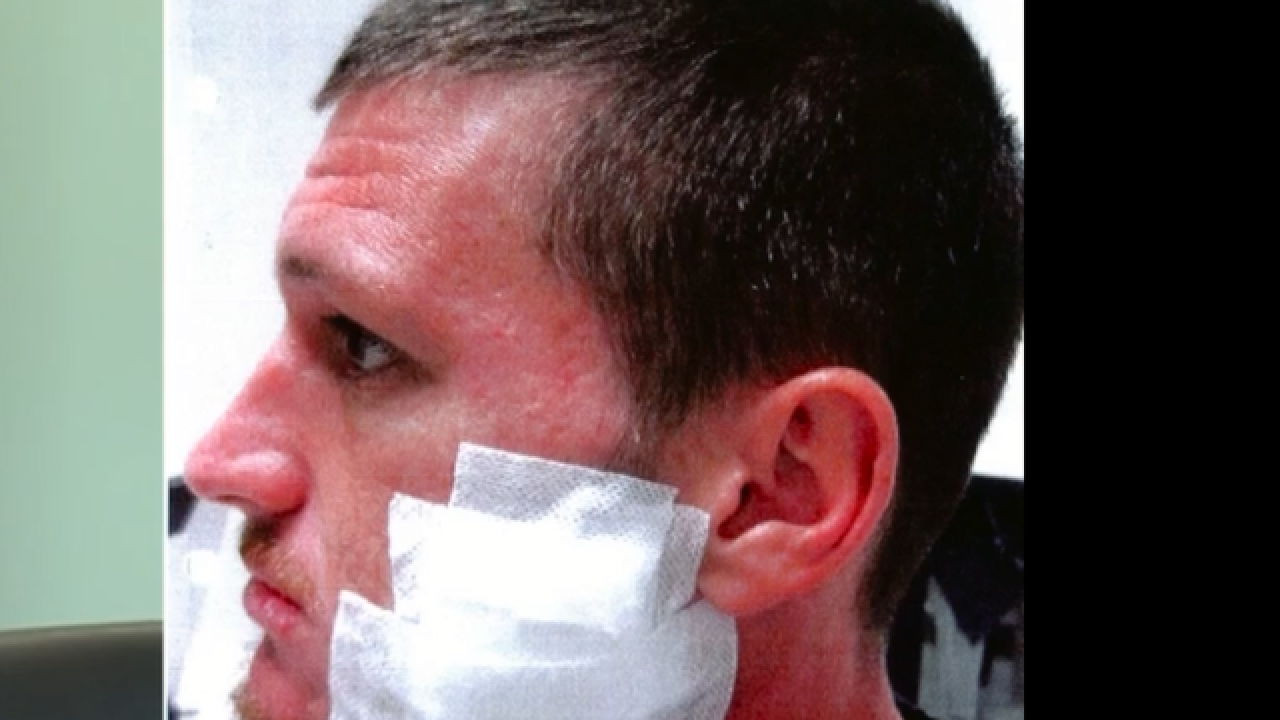 A West Palm Beach man, shot in the face while trying to flee from a deputy, is suing the Palm Beach County Sheriff's Office, accusing them of "excessive and unreasonable force."

Joshua Jett claims Deputy Christopher Cabrera had no right to shoot him on October 10, 2014, but Cabrera says he only fired his gun, because Jett tried running him over.

And with two sides to every story, Attorney Stuart Kaplan believes he has the evidence to prove his, that Deputy Cabrera created "a fabricated story to justify the use of deadly force."

Deputy Cabrera's story, is that he tried to stop Jett for a possible illegal tint. When Jett didn't stop, Cabrera followed him to the West Gate apartments.

"When it entered here, I know this area and I know it's a dead end in the back," said Cabrera. He told investigators he parked, because "the suspect vehicle stopped and the passenger side door opened, leading him to believe occupants in the vehicle were going to bail out."

Kaplan claims surveillance video shows Cabrera put himself in harm's way, " making the conscious decision to park his patrol car on one side of the only available lane ... thereby causing a road block scenario."

Showing Contact 5 the video, Kaplan claims it "completely shows that this deputy exited his vehicle and ran approximately 30 yards toward the direction of the vehicle that was now coming back out of the parking lot. There is a general rule you do not shoot at moving vehicles," said Kaplan.

"One of the issues that always comes up, is that a deputy or a law enforcement officer should not put him or herself in a position to create the situation where deadly force would then be necessary," said Kaplan.

But ask Cabrera, and he says, he was running to safety. It's what he told detectives in a walk through interview, hours after the shooting.

"Honestly, I didn't want to stay in the vehicle because I don't want to be in this vehicle if he strikes me. Now, I'm here and I'm trying, get out the way. I see the vehicle and I made contact with the vehicle eye to eye.  The look, he just didn't care. It looked like he was just glossed over and he started to come at me. At some point, I don't really recall where I was at, how far I came but at some point, the vehicle is coming straight at me. So I continued as I fired, as I was firing I was trying to get out of the way," said Cabrera.

In Jett's arrest report, deputies said Cabrera told them he was in fear for his life when he fired seven times at the Volvo that Jett was driving: "The driver then rounded the corner and approached deputy head on as he stood in the parking lot. The vehicle was closing in quickly towards deputy swerving and speeding towards him. The vehicle came within one car length of deputy."

Kaplan claims that couldn't be true, because of where shell casings were found at the scene.He says Cabrera couldn't have been standing in the car's direct path, but off to the side, writing in the lawsuit, that "clearly, no other conclusion can be drawn than Cabrera fired from a position out of the path of Jett’s (vehicle) and that Cabrera continued to fire his weapon at Jett’s vehicle after it was passing him."

Jett survived, after being shot in the side of the face.

Cabrera was cleared by both PBSO and the State Attorney's Office, who say Cabrera did not break policy because he was in fear for his life. In a letter regarding their final decision to exonerate Cabrera, a state attorney investigator said he "supported the deputy's last-second decision to use deadly force against Joshua Jett."

The car Jett was driving, deputies later discovered, had been stolen from Lake Worth.

Joshua Jett was found guilty of fleeing and attempting to elude an officer, and sentenced to 5 years in prison, which he is currently serving.

He previously served time in prison for burglary.

In regards to his criminal background, Kaplan told Contact 5, "I'm not condoning the actions of Joshua Jett, with respect to perhaps being in a stolen car and perhaps trying to flee from law enforcement. But at the end of the day, that deputy does not have the right to be judge, jury and executioner.."