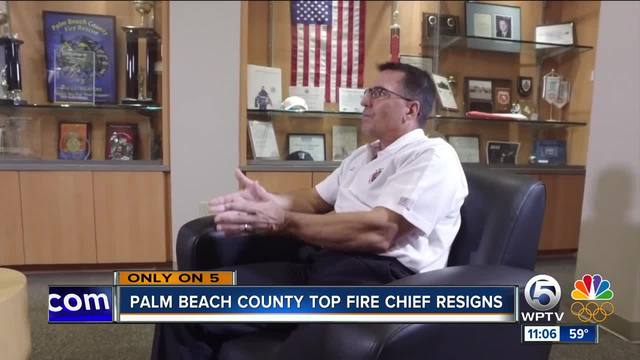 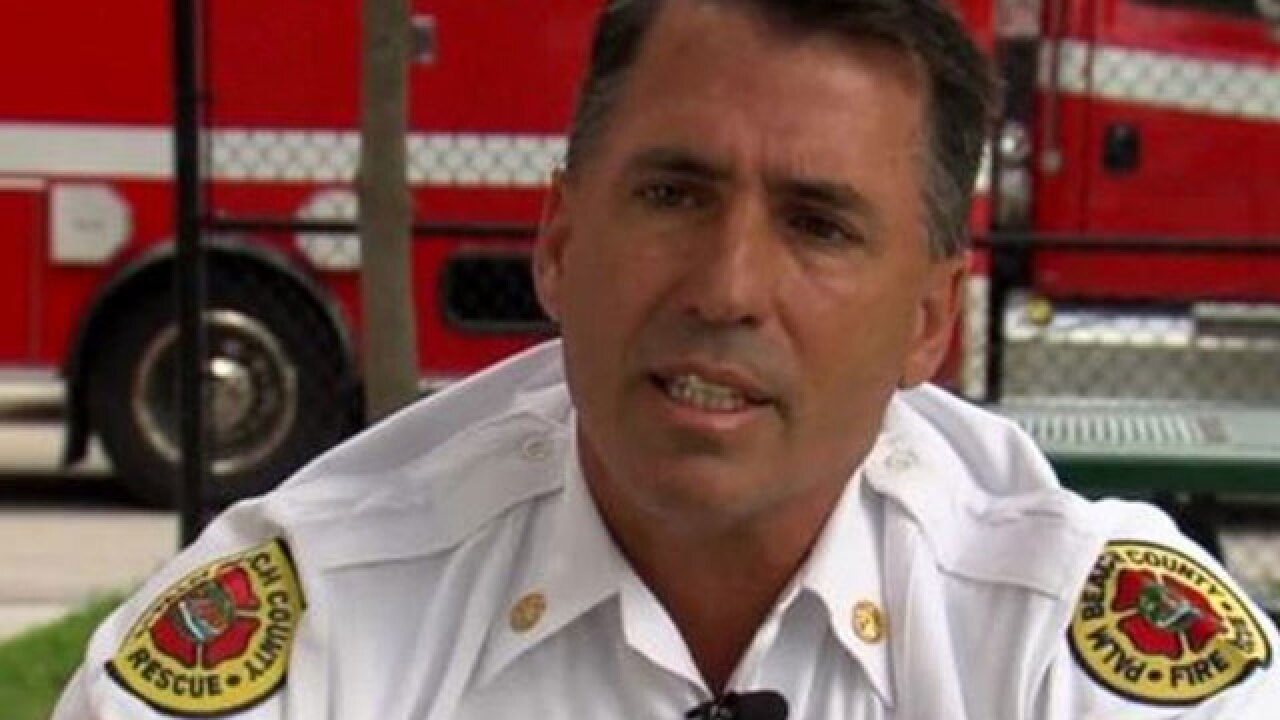 UPDATE: County Administrator Verdenia Baker says Collins' resignation was handed in on Friday, but will not be in effect until Friday, January 19th. The union says they were mistaken when they said it was "effective immediately."

Contact 5 has repeatedly reached out to Jeff Collins, with no response.

Following Collins' resignation, Deputy Chief Mike Mackey will take over day-to-day operations as the interim Fire Administrator. Gonzalez says in the meantime, "our members will remain focused on providing exceptional service to the citizens we serve."

In an email to staff, Gonzalez said "we will get through this together." The union president said they will be meeting with the County Administrator in the next few days to ensure everyone is on the same page in regards to the future plans of the department. The union president could not confirm why the resignation took place.

WPTV reported in December, that a Palm Beach County Fire Rescue captain is suing the department. Captain Amanda Vomero claims she endured sexual harassment and discrimination on a regular basis from multiple chiefs, including Chief Collins.

In her lawsuit, Vomero says, when she went to Chief Collins for help, following repeated harassment at the hands of Chief Chris Hoch, she claims Collins told her she "was blowing it out of proportion, and that it was just 'good humor, firehouse fun.'"

A county human resources investigation, started by some of Vomero's claims, found “sexually oriented rumors are commonplace within the county’s fire rescue department,” and high ranking officers are the ones responsible for circulating the rumors.

Human resource investigators found there was "sufficient information to conclude that an offensive work environment exists within Fire Rescue.” The report went on to say, "there was apparent acceptance within the department of such behavior," saying "all of the substantiated discriminatory and retaliatory behavior occurred within the administrative office suite and involved high ranking administration officers."

The report was completed in early 2017.

Following our first two reports, Contact 5 found at least two more lawsuits that allege discrimination and retaliation at the hands of Palm Beach County Fire Captains, even at the hands of Chief Collins.

When asked why Chief Collins resigned, County Administrator Verdenia Baker said “the Department required a change in direction and leadership.”

The letter expressed disappointment in county leadership, for failing to take significant actions toward Chief Jeff Collins and other fire rescue leaders.

In the letter, the female firefighters said they were disappointed Chief Chris Hoch only got a written reprimand, after admitting to spreading sex rumors. The group asked the Commissioners, and Baker, to not let "Chief Hoch's attitude be the standard used on how women can be treated at Fire Rescue."

WPTV will continue to stay on top of this story.