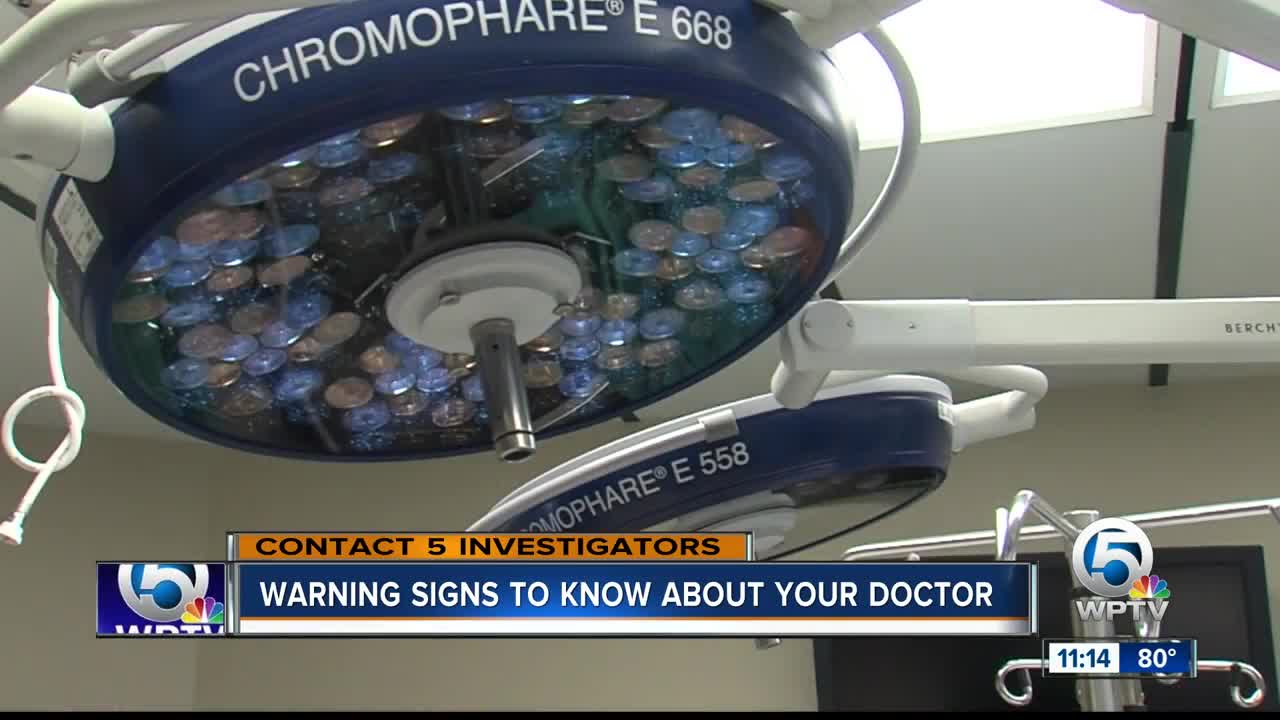 Hundreds of Florida doctors who have paid out multiple malpractice claims are still seeing patients, 15 years after voters passed a law that was supposed to take away their licenses. 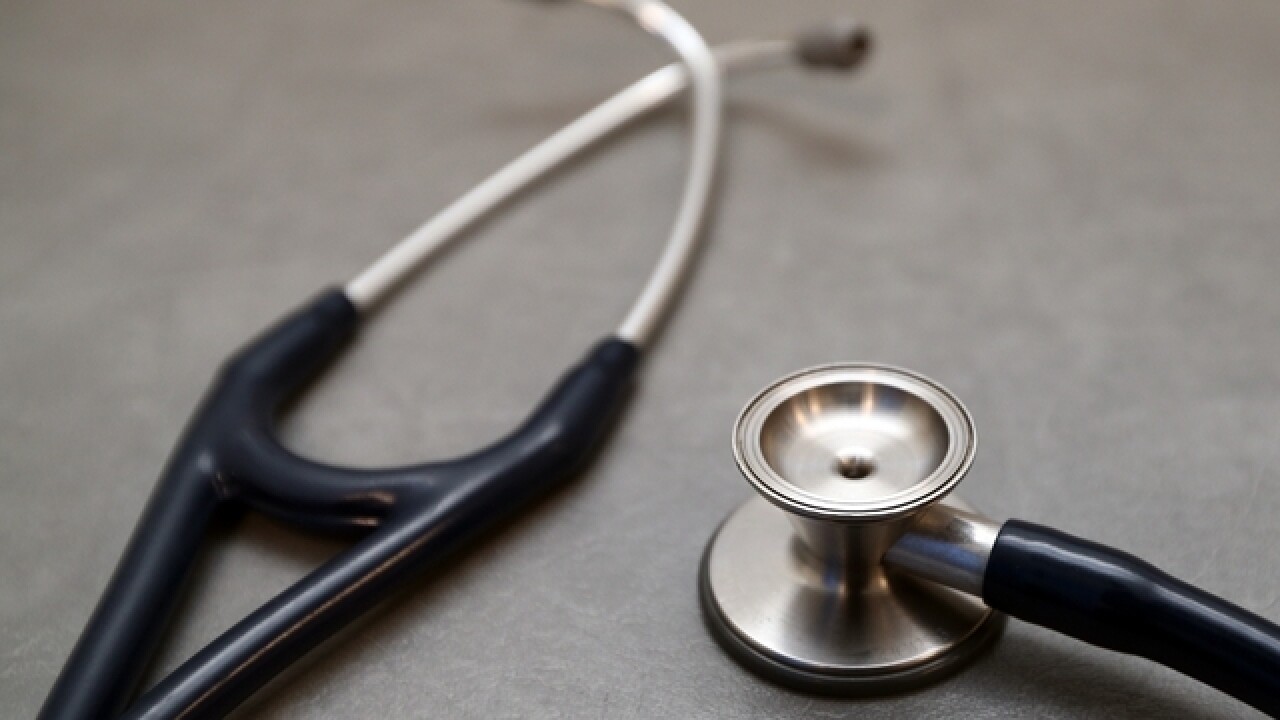 Hundreds of Florida doctors who have paid out multiple malpractice claims, are still seeing patients, 15 years after voters passed a law that was supposed to take away their licenses.

Contact 5 found Florida doctors paid out more than $460 million for malpractice claims involving nearly 1,400 patient deaths over the past decade.

Florida’s so-called three strikes rule, passed by voters as a constitutional amendment in 2004, was supposed to prevent these kinds of situations.

But using state insurance records, Contact 5 uncovered how some Florida doctors who have paid multiple malpractice claims are continuing to practice using a legal loophole.

"He was supposed to go home the next day."

Luciano Barletta of Wellington finally got to see his beloved Italy, his ancestors' country, for the first time in 2010.

His wife Michelle says it was the perfect time to travel for her soccer loving husband.

"The World Cup was happening," said Michelle Barletta. "He was thrilled because he got to sit down with real Italians and watch Italy play."

It would be his only trip.

Lou suffered from arm and neck pain and in 2014, underwent disc surgery with Dr. Scott Katzman, who operates the Orthopedic & Laser Spine Clinic in Palm Beach Gardens, as well as centers/clinics in Fort Pierce, Hollywood, Orlando and Altamonte Springs.

"They were supposed to just make an incision, remove the disk that had been crushed and put a new one in," says Michelle Barletta. "We actually drove up to Orlando for the surgery, and we told our kids we'd be home the next day."

"He (Lou) was waking up from anesthesia still in so much pain, so much pain and then he started to talk about the numbness," says Michelle.

In a lawsuit the Barletta family filed against Katzman, Michelle says Luciano began to lose feeling in his upper body and was transferred to Central Florida Regional Hospital. He then went to Orlando Regional Hospital with paralysis from the neck down.

"He actually showed me the MRI and he showed me all the disc spaces. And Lou's disc that was placed was way larger than the space," says Michelle. "So that was my understanding, that they stretched his spinal cord and damaged it from the neck down. He never regained anything and he was paralyzed from the neck down and on a breathing machine the whole time."

According to the lawsuit, Luciano died less than a week later from respiratory failure.

The Barletta family sued Dr. Katzman, alleging medical negligence. Katzman has denied malpractice through court documents, and through a statement from his lawyer to Contact 5. In court records, Katzman claims Luciano himself was negligent and "injuries are the result of a pre-existing condition."

The Barletta family settled their case with Katzman in 2016.

They're not the only ones.

"I was totally unexpected. I had no idea that there had been issues with this doctor," says Michelle. "I have patients, I'm a physician's assistant. I don't understand how to find out this information and I'm a PA, I don't know where to look to find these malpractice suits."

When you look up Dr. Katzman's medical license online, it says "active". It only shows he's been disciplined one time by the State Medical Board, for performing at least 3 surgeries at centers that had not been licensed yet to provide that surgery. He was fined and given a written reprimand.

But Contact 5 found through state records, that Katzman's insurance has paid out more than $1.6 million involving seven malpractice cases and two patient deaths in Florida.

"I do think that these doctors need to be held accountable," says Michelle.

Working with our sister station in Tampa, WFTS (ABC Action News), Contact 5 found Florida doctors have paid out more than $460 million for malpractice claims involving nearly 1,400 patient deaths over the past decade.

Many of those doctors are still licensed in this state.

Doctors like Ernest Rehnke of St. Petersburg. He's paid out 16 malpractice cases since 2000, six involving patient deaths. State records show his insurance paid out a total of $2.6 million in those cases.

Three strikes and you're out? Not in Florida.

These kinds of situations are not supposed to happen, because of Florida's three strikes rule passed by voters in 2004.

"The three strikes and you're out law, basically says it takes three verdicts in court against doctors to take their licenses away," says Clearwater medical malpractice attorney Dennis Rogers.

Sounds simple? It's not.

Rogers said the majority of malpractice cases in Florida end in settlements.

Contact 5 found the majority of doctors sued for malpractice are settling the case before a court verdict, to avoid a strike against their medical license.

We discovered at least 120 Florida doctors who racked up three or more malpractice claims over the past decade, and state records show only two doctors have had their licenses revoked under the three strikes rule.

The Board of Medicine

"The concerns that the public has are perhaps more related to the policing of medicine and that is not the Board of Medicine's responsibility," says Dr. Stephen Rosenberg.

Rosenberg is the chairman of the Florida Board of Medicine, which licenses and disciplines all medical doctors in the state.

"We function as judges, not policemen, not investigators; as judges," says Rosenberg.

Rosenberg says the board relies on investigators at the Department of Health to learn about malpractice cases.

"In most of those situations, it's up to the trial attorneys to make sure those cases are forwarded to the Department of Health."

But the Health Department says it does not track patient deaths. And the state only learns about malpractice claims when state insurance regulators report a case as closed, which can take years.

Contact 5 asked Rosenberg what he thinks the state can do to improve the system. He said, "we'd like to see greater authority, greater ability to screen the physicians."

Rosenberg says it comes down to state lawmakers giving the board the power to investigate and review malpractice cases.

"I think the Board of Medicine would be happy to review anything the legislature asks us to," says Rosenberg.

According to records, the case against Dr. Katzman has been resolved, but the case remains pending against Advanced Ambulatory Surgery Center, which he owns.

Through his lawyer, the doctor denies he committed malpractice or that his treatment led to Lou's death. This is excerpts of his statement through Mark Goldstein:

"While Dr. Katzman categorically denies that he committed malpractice or that his treatment led to Luciano Barletta's death, federal law prohibits any discussion or disclosure of his treatment."

"Dr. Katzman denies practicing medicine unsafely. Specifically, Dr. Katzman is a medical doctor in good standing in Florida for over 25 years. Additionally he either is presently licensed or was licensed in good standing to practice medicine in Georgia, California, New York, New Jersey, Arizona, Ohio and Michigan. Dr. Katzman is one of the busiest orthopedic surgeons in the country performing 40-50 spine surgeries per month on average. Additionally, many of those surgeries involve high risk patients who are already suffering extreme amounts of pain and/or are gravely ill. Thus, even assuming your settlement figures are correct, such claims would represent far less than 1% of these high risk patients. Lastly, without delving into the specifics of such claims, as a matter of common sense, everyone knows that medical malpractice claims are expensive to defend and often times it is economically prudent to pay a questionable claim as judicious risk management."

Doctor Rehnke's attorney provided this statement, in part, as well:

"Dr. Rehnke has been licensed to practice medicine for over 36 years and he has treated about 28,000 to 29,000 cases in his career. He is a trusted, competent surgeon that endeavors to practice with the highest level of care and compassion in order to minimize risk to patients. As with any surgeon, especially those like Dr. Rehnke who performs complex surgeries on patients who are already unhealthy, adverse outcomes, Unfortunately, may happen."

DO YOUR OWN RESEARCH:

If you want to find out if your doctor has been sued or paid out any malpractice claims, follow this link and fill in the doctor’s name or license number: https://apps.fldfs.com/PLCR/Search/MPLClaim.aspx

If you want to look up a license number or status, you can go here: https://appsmqa.doh.state.fl.us/MQASearchServices/HealthCareProviders

You can also check local county court records where a doctor operates, to determine how many lawsuits may be pending or settled against the particular doctor.