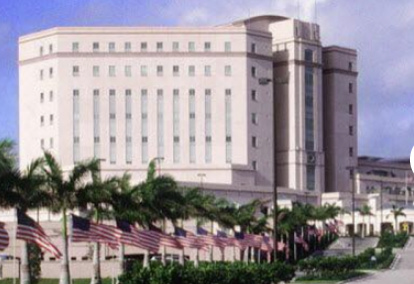 Since the February shooting inside the VA Medical Center, security has increased, but a department official says metal detectors are not being considered. 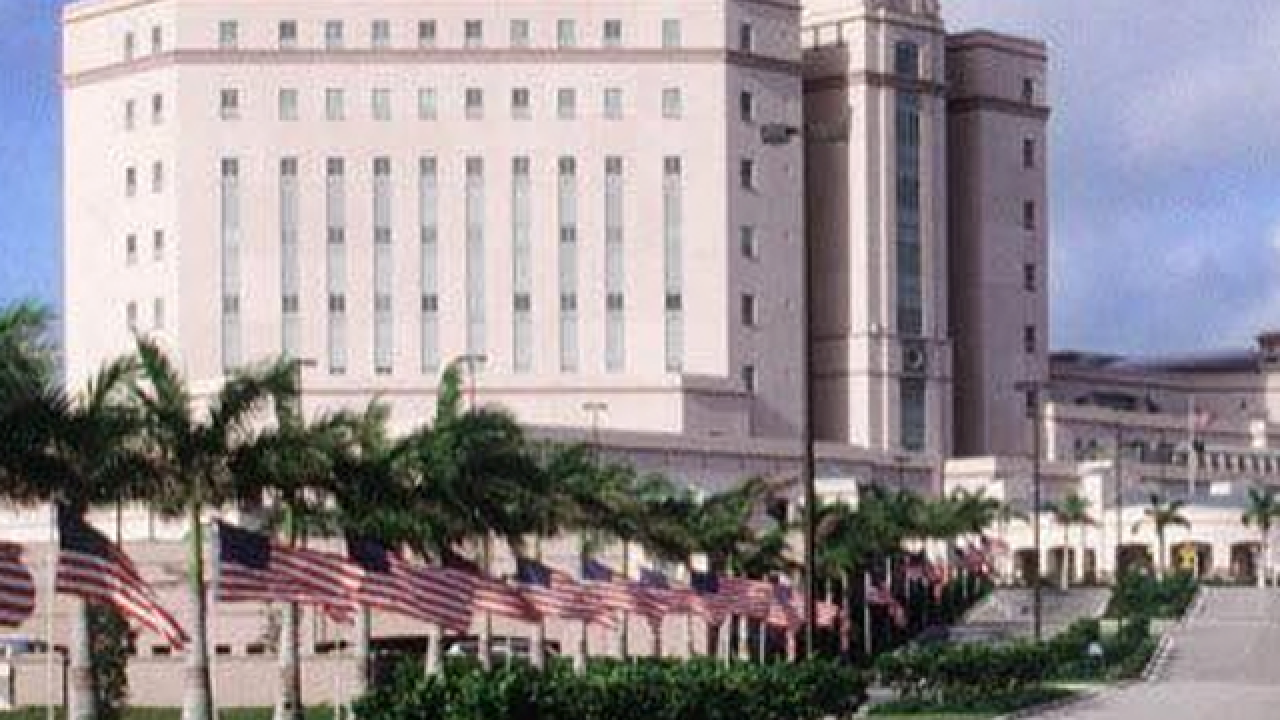 According to VA Secretary Robert Wilkie, Bon was attempting police induced suicide, but Contact 5 has learned there weren't any police in the ER at the time.

So what's being done to prevent something like this from happening again?

"He called me and told me he was there and there were bullet cases in his bedroom, his emergency room room, and he was scared to death," says Michelle Seeley.

Seeley is talking the night of Feb. 27, 2019, and the phone call she received from her then boyfriend Rory.

It's the night the FBI says Larry Ray Bon fired his gun inside the West Palm Beach VA Medical Center, hitting a doctor in the neck, and injuring two others.

Rory was feet away.

"He called me the same day, just petrified. There was a guy next to him I guess, and he said that he shoved him in a bathroom," says Seeley.

Investigators say Bon, a double amputee, pulled the gun out from under his wheelchair cushion.

He had been inside the VA for hours at that point, according to investigators. No one knew he had the weapon.

RELATED: Doctor hailed as a hero for stopping VA shooter

"It's disgusting, isn't it," says Seeley, when she thinks about that oversight.

The next day, Seeley says she went to visit her boyfriend, bringing new clothes for him.

That was just one day after the shooting. She went back several times after.

When asked by Contact 5, if he thought veterans at the West Palm Beach Medical Center are getting a safe and secure environment, Congressman Brian Mast says, "sometimes yes, and sometimes no. I think the events of the past have clearly illustrated that there are threats."

According to investigators, Bon was Baker Acted the morning of the shooting.

Instead of going straight to the mental health unit, he sat in the ER for hours.

"I would think that would just be common sense that you are checking them for weapons at that point, it's beyond me that it didn't happen," says Congressman Mast.

But Congressman Mast says there weren't any police inside the ER at the time.

"There was not always an officer inside of the ER and that's what they are looking to change as a result of that specific shooting incident that occurred there," says Congressman Mast.

Congressman Mast says that's just one of the changes the West Palm Beach VA will be making.

"Making sure that there is 24 hour security presence inside of the emergency room, it's an important step in the right direction but that begs the question of why shouldn't there be the same presence in other places," says Congressman Mast.

Congressman Mast has been raising alarms about security at the West Palm Beach VA for years. He says he met with officials three times in 2018, and many more times since February's shooting.

Seeley thinks there should be metal detectors. A national spokesperson for the VA has said before, that's not in consideration.

"Palms West has a metal detector, and it's a hospital. This is a VA who deals with mental illness all the time," says Seeley.

Congressman Mast says he thinks "metal detectors can be a great thing. But just like anything, you take the good and the bad with it."

He added that metal detectors could cause back-ups/longer lines.

Seeley says a longer line is worth it.

"It wouldn't hurt, if you got to wait a little bit. If you got nothing to hide, you wait your turn," says Seeley.

We asked West Palm Beach VA officials for an on camera interview. They declined but sent us this statement:

The VA is committed to ensuring patient and employee safety at all of its medical centers and facilities. To achieve that goal, VA has implemented a wide range of physical security techniques and strategies including emergency preparedness training for employees that protect our facilities, Veterans and visitors.

The West Palm Beach VA Medical Center provides updates to the local congressional delegation on the facility’s security plan. The latest update was provided in August 2019 and includes the addition of enhanced security at our main facility entrances, emergency department and the inclusion of passive security measures. It is VA’s goal to ensure health care providers and police personnel work collaboratively while protecting the safety of our unique Veteran population.

They say they've also enhanced security at their main facility entrances and ER, but for safety reasons could not go into more specifics regarding their security plan.In 2018, a national spokesperson for the VA said they would improve security nationwide through security cameras, silent distress alarms and fencing.

Larry Ray Bon is currently in custody, awaiting official charges. The US Attorney's Office has not yet filed a formal indictment. Both the defense and federal prosecutors say they have mental health experts working to determine Bon's mental state at the time of the shooting. His next court date is October 21st.