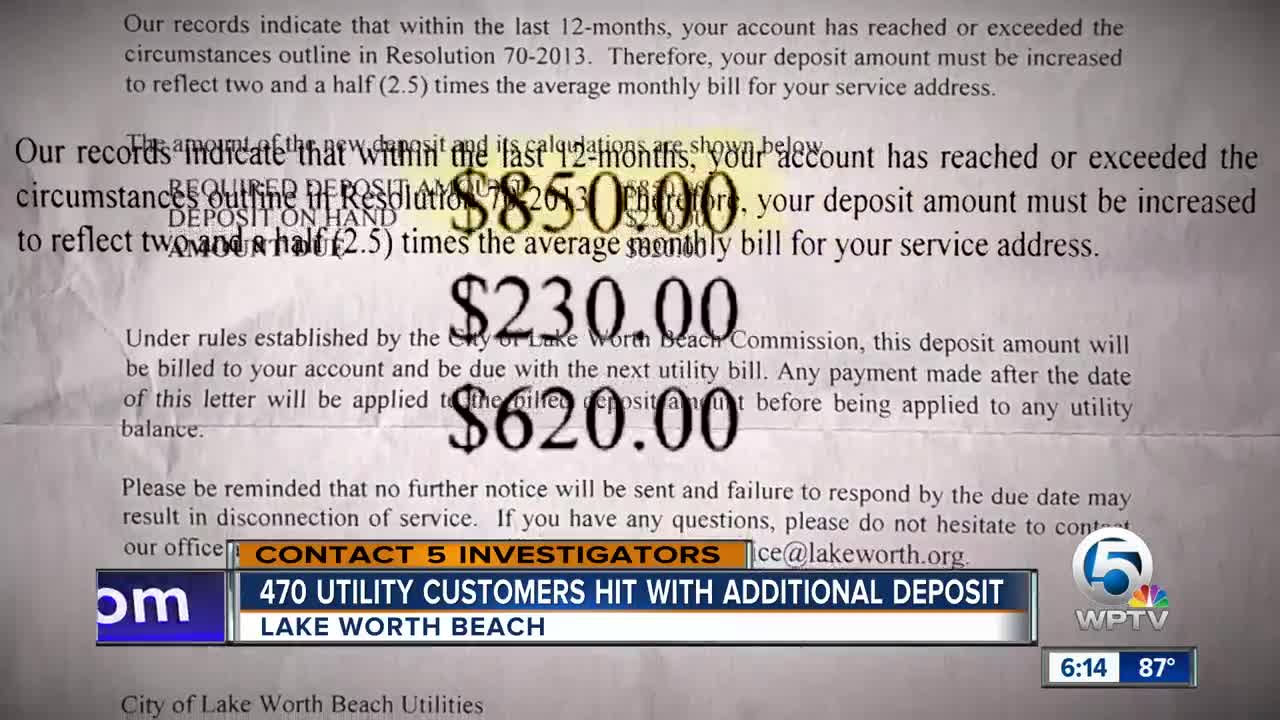 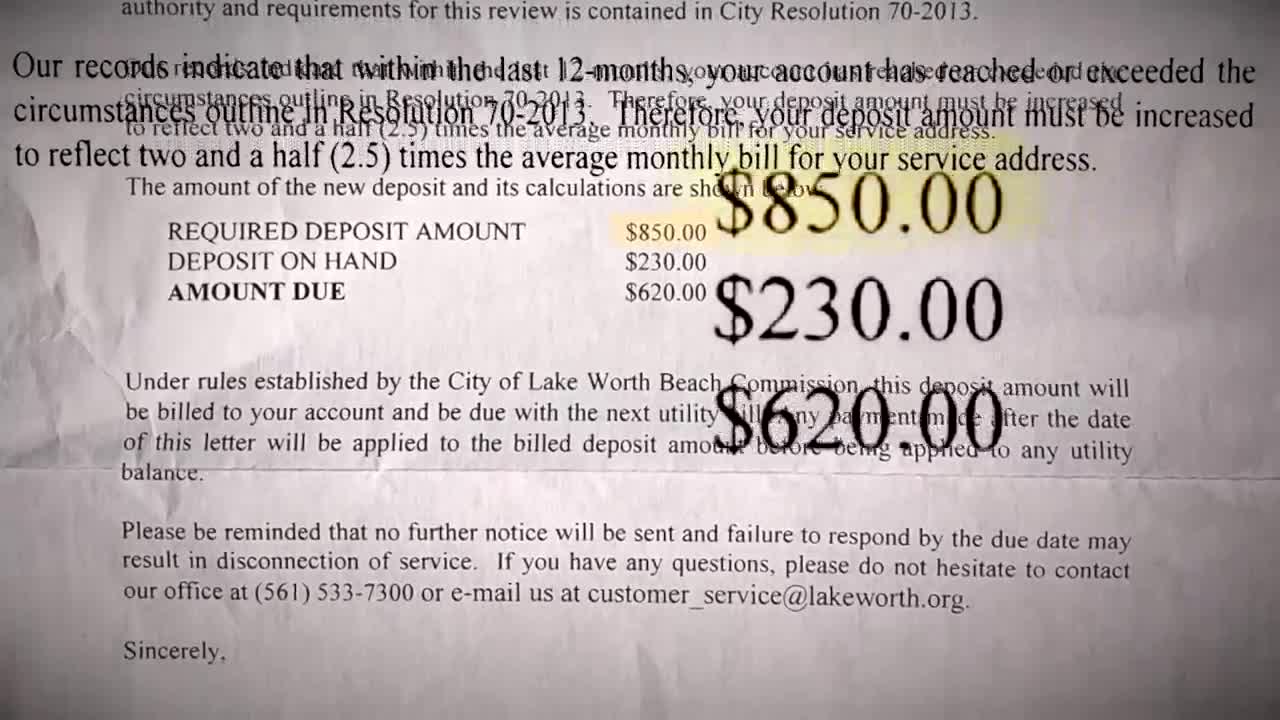 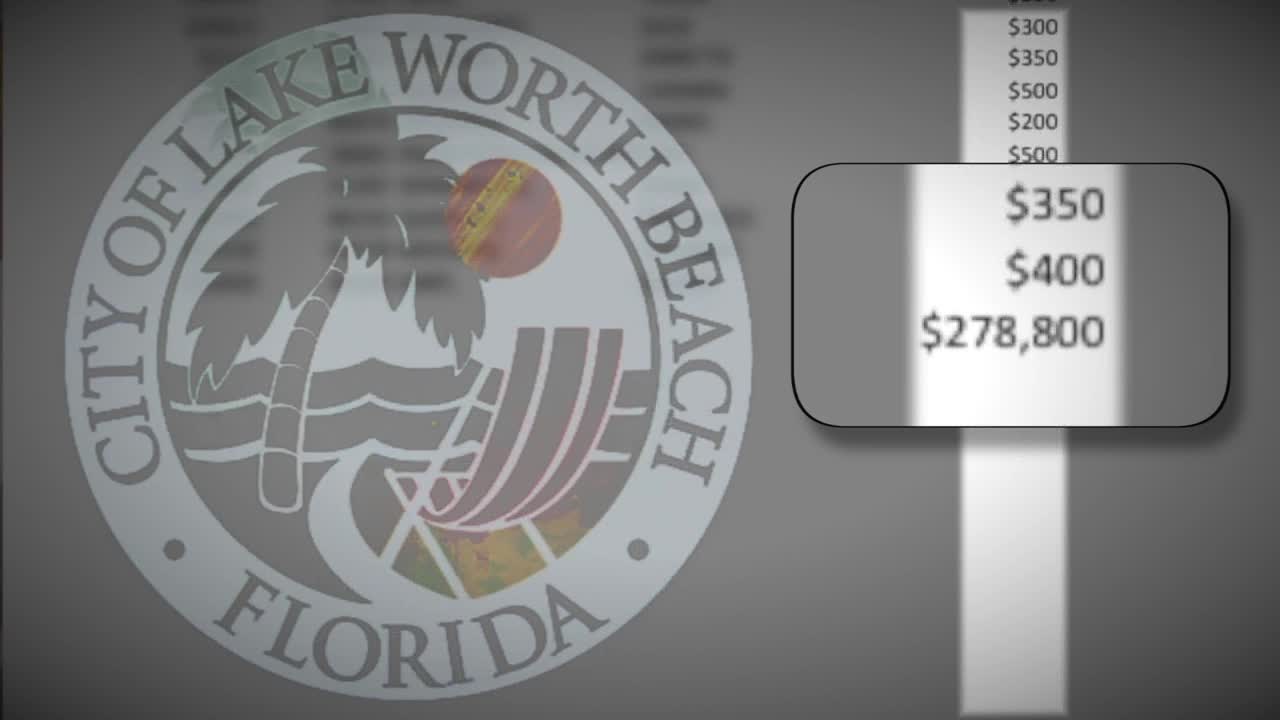 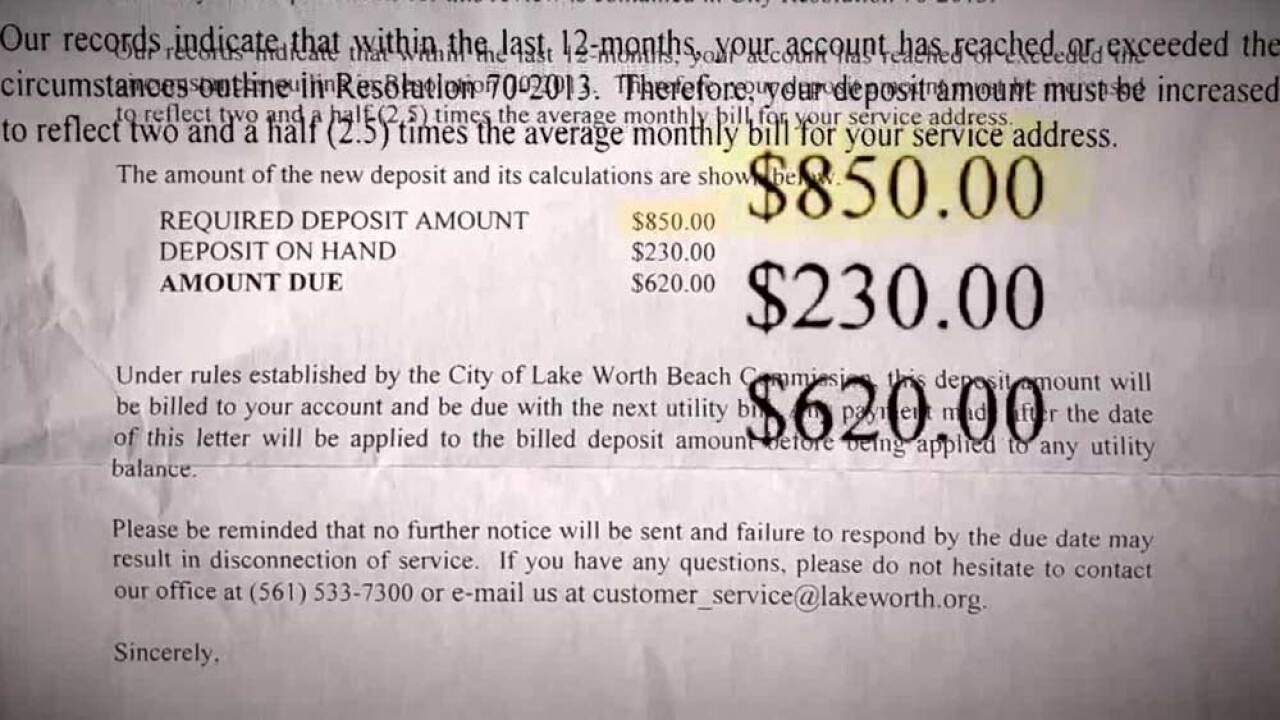 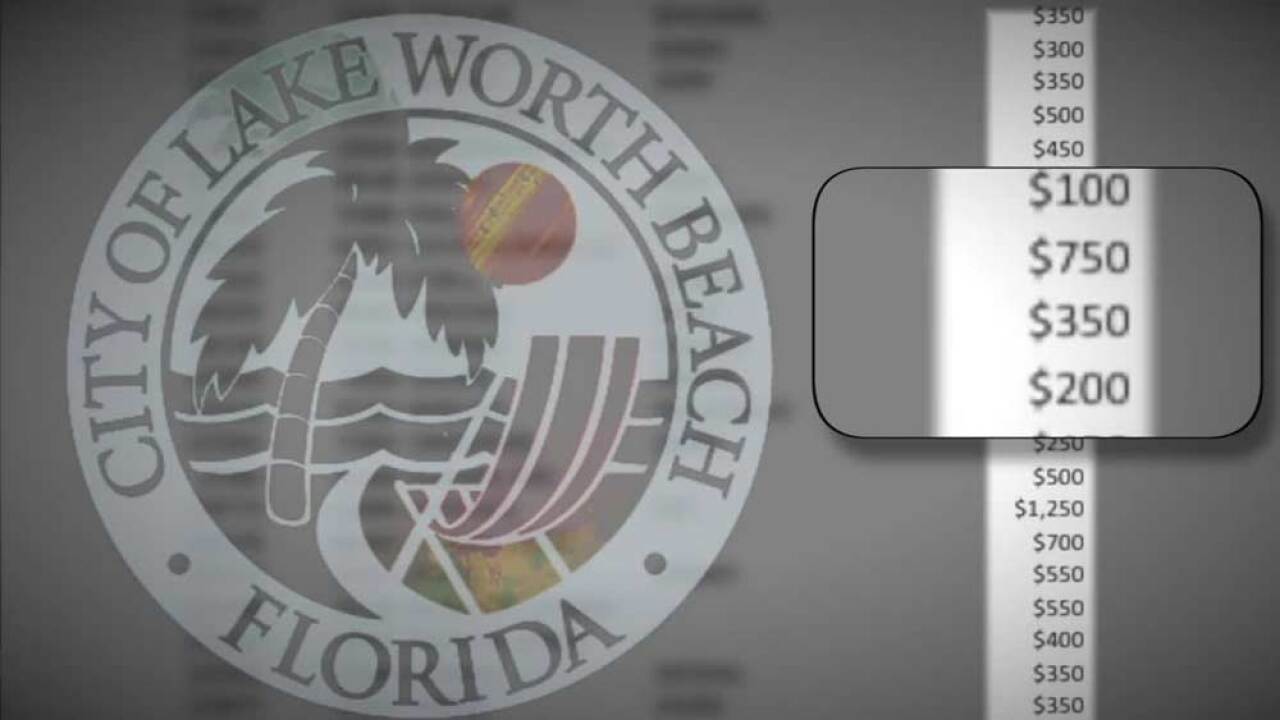 LAKE WORTH BEACH, Fla. — It’s the middle of summer in South Florida. With the air condition running at full blast, Floridians know to expect their electric bills to be high.

Kellee Ray in Lake Worth Beach was still shocked when she opened the letter from the utility company that asked her for an additional $620 deposit on top of her electric bill.

“You’ve got to be kidding me,” Ray said.

“I’m panicking because this is a lot, $850, I don’t even know how many people make that every week,” Ray said.

The city said Ray had been late in paying her bill several times. Ray had already paid a late fee and a re-connection fee.

“As a company, as a business, we have to make sure that we protect any kind of loss of revenue,” said Lake Worth Beach City Manager Michael Bornstein.

The city said the losses were incurred from people skipping out on their final electric bill, which ran as high as $1.5 million in 2012.

“They want me to pay for it, I guess,” Ray said. “They’re having some money problems, can’t get their stuff together. So, I guess they’ll just bill all the people that they can. And that’s not fair.”

“We have a high poverty rate,” Bornstein said. “It’s actually a little closer to what you’d be experience in the Glades. A lot of the money coming over from the utilities has not been to add things but to pay for basics.”

Ray’s deposit is based on a resolution passed in 2013, but it had never been enforced until now.

Can more people expect to get a letter like that in the mail?

“I was shocked,” said one resident who wanted to stay anonymous. Her additional deposit was $1,250. “That’s a lot of money.”

A few streets down, Robert Rodgers is also shocked by his recent bill in the mail.

“Big burden! $875 for a month is definitely something that you don’t expect to open in the mail,” Rodgers said.

Rodgers had moved in six months ago and had already paid a deposit of $1,100. Now, Lake Worth Beach Utility asked for an additional $300 and he had been late only once and then got his power shut off.

Late only once, does that justify an additional deposit?

“The fact of the matter though is that it is the code, the law that we have to follow the policy,” Bornstein said.

Reporter: “A policy that you guys put in place, so you could easily change the policy too.”

The customers WPTV spoke to said Lake Worth Beach Utility is already more expensive than Florida Power and Light.

Contact 5 compared electric bills, one from West Palm Beach and Lake Worth Beach.

When it comes to the additional deposit, Bornstein said he's open to looking at the 2013 resolution.

“I’m not afraid of amending or changing and using best business practices and examining it,” Bornstein said. “But right now, staff looked at what the law was, and they’re ramping up their efforts to cut the losses.”

For now, customers like Ray and Rodgers are expected to pay in order to keep their lights on.

“I’ve never, in all of my life, had such high electric bills,” Ray said. “It’s almost impossible for most people.”