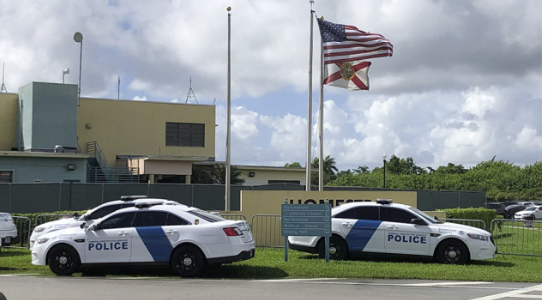 A group of Congress members toured an immigration facility in Homestead on Monday that houses undocumented migrant children. 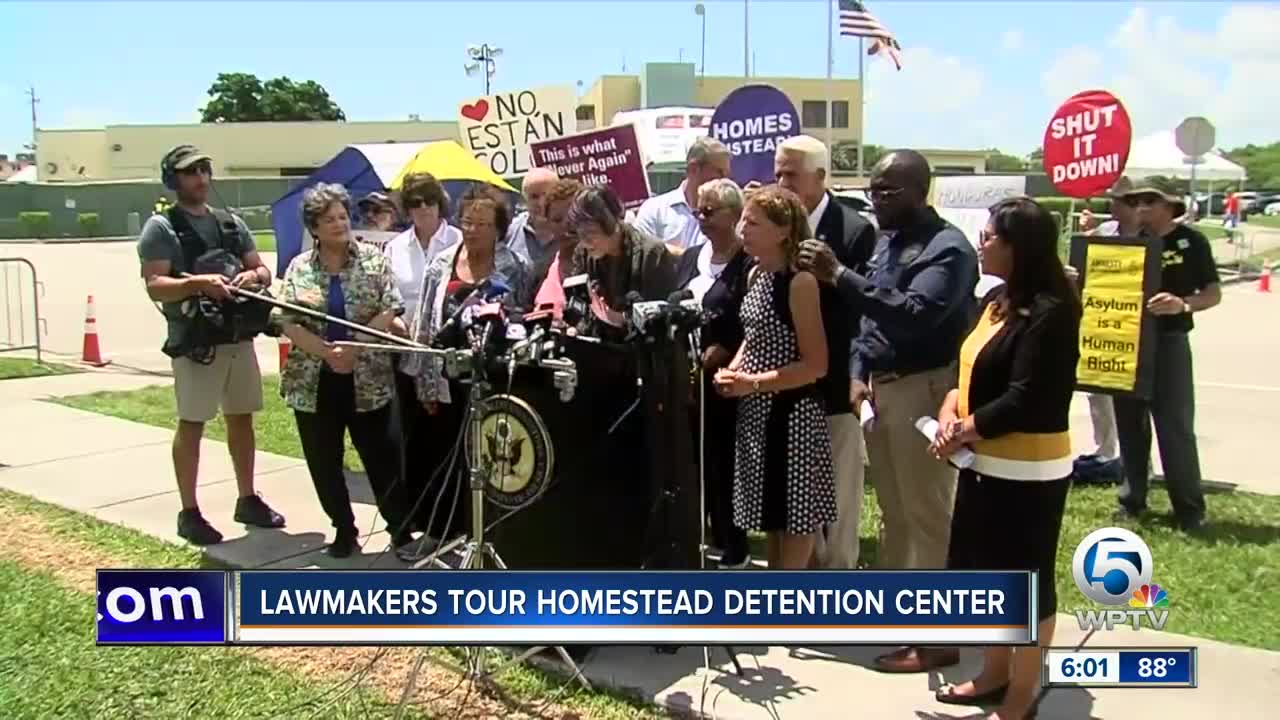 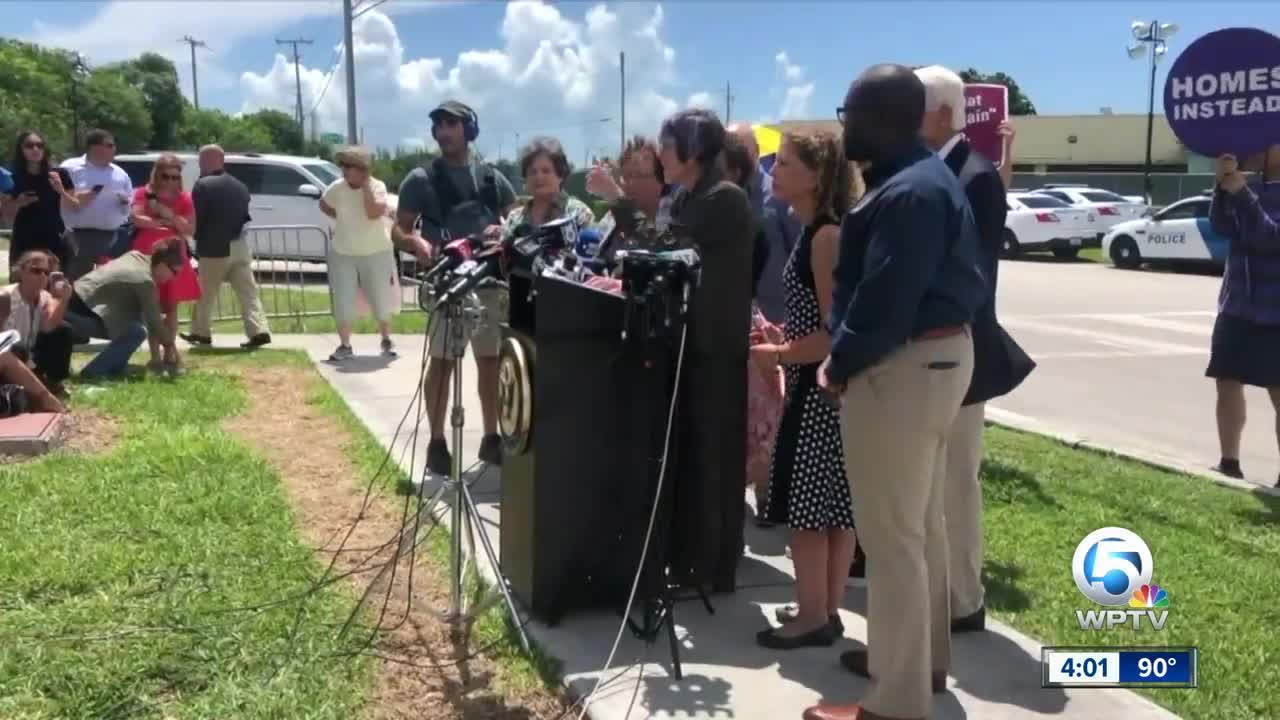 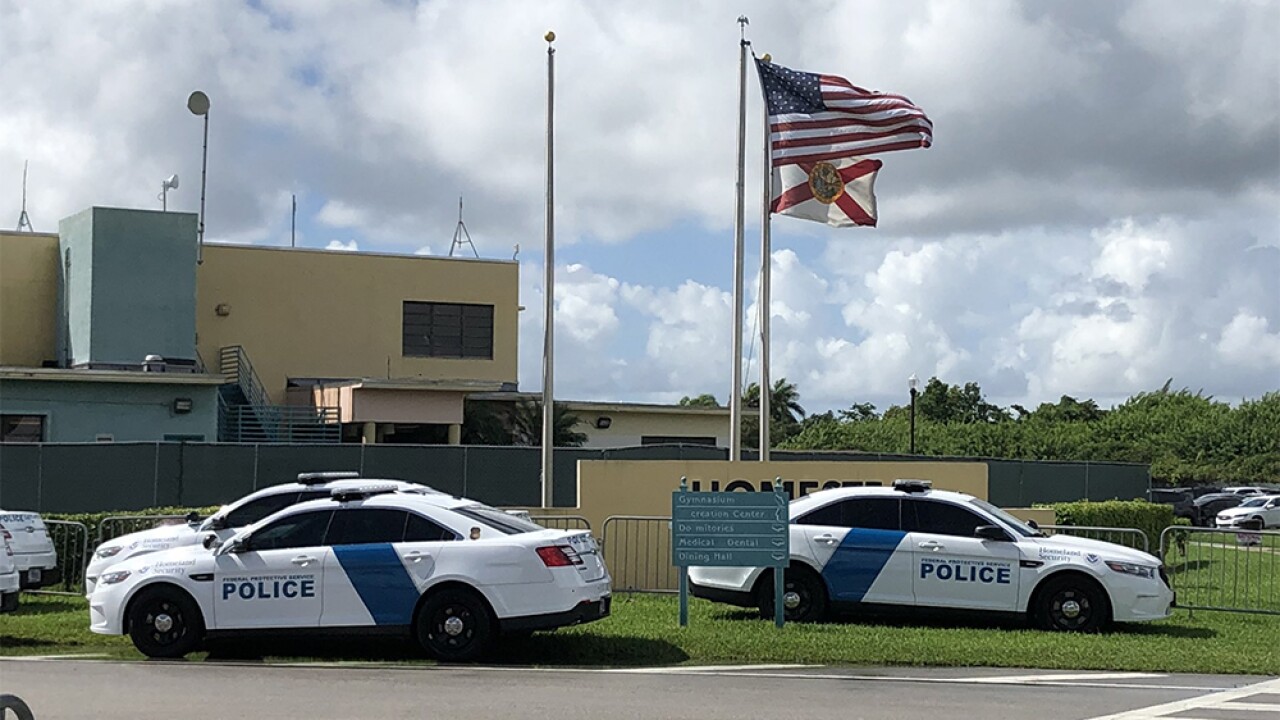 HOMESTEAD, Fla. — A group of Congress members toured an immigration facility in Homestead on Monday that houses undocumented migrant children.

Approximately 2,000 children, ages 13 to 17, have been living at the Homestead Influx Facility this summer, which is the largest facility in the U.S. for immigrant children.

RELATED: ICE begins raids to round up undocumented immigrants

On Monday, a delegation of 11 congress members toured the shelter to see the living conditions and speak with children.

The delegation said they just learned on Monday that in the last two weeks, the population dropped from 2,252 to 1,180. More than 1,000 children have been moved to into either sponsor homes or homes of family members, but the congressional delegation were not told exactly where or when the children were moved.

That caused upset among some Congress members, who said they were told that specific information would be provided to them later.

“What the heck? From July 3 to the 14 of July, suddenly they’re able to drop 1,000 kids here when they couldn’t do that as quickly before? Where did they go?” said Rep. Wasserman-Schultz during a press conference after the tour.

They also talked about wanting to learn more about how quickly the children are matched up with sponsors or family members living here in the United States. They learned that some children have been staying at the Homestead facility for as long as 60 days.

“If we can move children that quickly, why haven’t we been moving them all along?” said Congresswoman Rosa DeLauro (CT-03).

“This place had notice that we were coming a week ago, and all of the sudden things start moving rapidly,” said Rep. Crist. “That’s why it’s so important that we’re here today.”

Congresswoman Lois Frankel (FL-21) said the first thing she saw when she entered the facility was a child’s drawing of the Statue of Liberty.

“They’ve come from terrible surroundings back home,” she said. “And If were gonna have them here, they need to be treated with humanity and care.”

In an interview with WPTV following the tour, Rep. Frankel said though the tour was quick, they were able to speak directly to some of the children.

“I asked them how their journey was here. They said it was very rough going through Mexico,” she said. “These children are full of hope. They’ve left terrible conditions. The way to treat them is with humanity and kindness.”

“There are a few things that need to be made very clear. We did not get a neutral last minute picture of what’s going on in this facility. We gave them notice because we were required to give them notice, otherwise they wouldn’t have allowed us in,” said Wasserman-Schultz.

The delegation said they did not witness any mistreatment.

They added they were not impressed with the education facility, which they say is a tent the children are being taught in.

Some Congress members compared the noise level to that of a constant recess.

“It’s a joke, I mean, you couldn’t hear yourself think in that place,” Rep. Crist. “I don’t see how any child could learn anything in that kind of environment.”

The group said they also learned the children are not being taught by certified teachers.

“You couldn’t learn anything in that circumstances,” Rep. DeLauro said. “The noise is overwhelming. But the children are resilient. You don’t know the effect on them is, but they have smiles on their faces.”

Many said they've had limited access to their social workers and are frustrated with the process of reuniting with relatives or sponsors.

Those advocates have filed court papers with hundreds of pages of teens describing "prison-like" conditions in the Homestead facility.

“These children are in our custody. They need to be well taken care of,” said DeLauro.

The children testified that they get limited phone calls and are told to follow strict rules. If they don't, those children said, they risk prolonging their detention or face deportation.

“This is the United States of America," said Rep. Crist. "We’ve got to be humane. We’ve got to treat people with decency, no matter where they’re from. And we’ve got to start doing it now.”

Many said they've had limited access to their social workers and are frustrated with the process of reuniting with relatives or sponsors.

“These kids have been traumatized in their country, their journeys once they got here to America,” said Rep. Barbara Lee (CA-13). “

The congressional oversight committee says they’ve also been fighting to get information about the facility’s hurricane preparedness plan.