Pint-sized putter bringing kindness to the game of golf 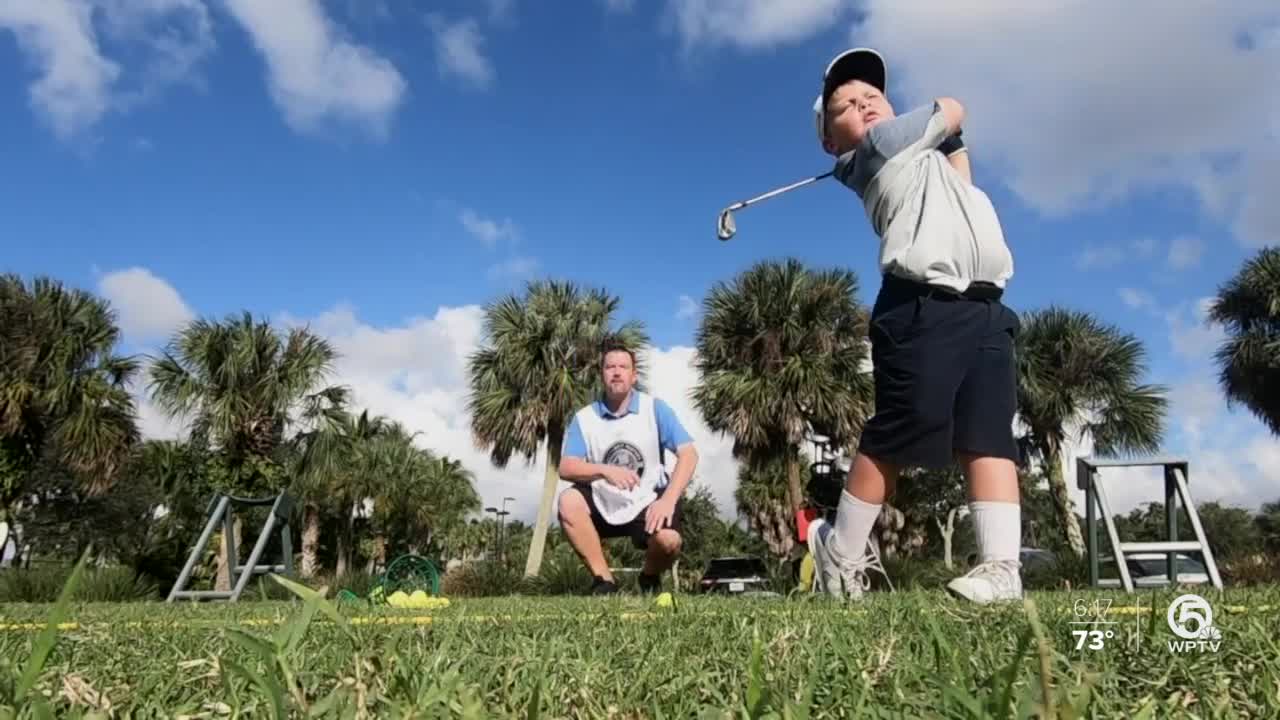 Golf courses and grade schoolers don’t always go hand in hand but for one six year old in Wellington it’s a perfect match.

Golf courses and grade schoolers don’t always go hand in hand but for one six year old in Wellington it’s a perfect match.

The first grader in question is Brian “Little B” Kelley. He has a long list of hobbies, but at the top of list is golf.

“Every night I have dreams about golf,” said Kelley.

He picked it up from his dad, Brian “Big B” Kelley, an admittedly average golfer. The two spent plenty of weekends watching pro golfers on TV before Little B could even talk. Little B caught the bug, big time.

“I just watch the pros and learn it,” he said.

It mystified the adults around him, including his dad who said, “ next thing you know he’s got this amazing swing that I want.”

There’s more to this story than a kid with a ton of talent, "Little B’s" parents Brian and Elizabeth are open about his adoption in Kansas City six years ago when he was three weeks old.

“He was five pounds at a month old so I had him in the palm of my hand,” said Big B.

His mom, Elizabeth Kelley, describes him as the gift that keeps on giving.

“It just is incredible and yes he’s got an incredible talent with golf but that’s not the thing that makes him special, it’s him and who he is,” she said.

A focused flexible and driven athlete, his caddy Chris Arbour says he brings an "X factor" to the game and that’s become a priority.

“Be kind to people,” is the way Little B describes it.

Arbour said, “I’ll be his friend for the rest of my life if he lets me.”

He says it’s already made him a better person. And it can't be ignored for Little B, its made him quite the player. He’s ranked 24th in the world with US Kids Golf, 3rd in the Southeast Region and 4th in the state. If you ask him though he’ll tell you having fun is number one.