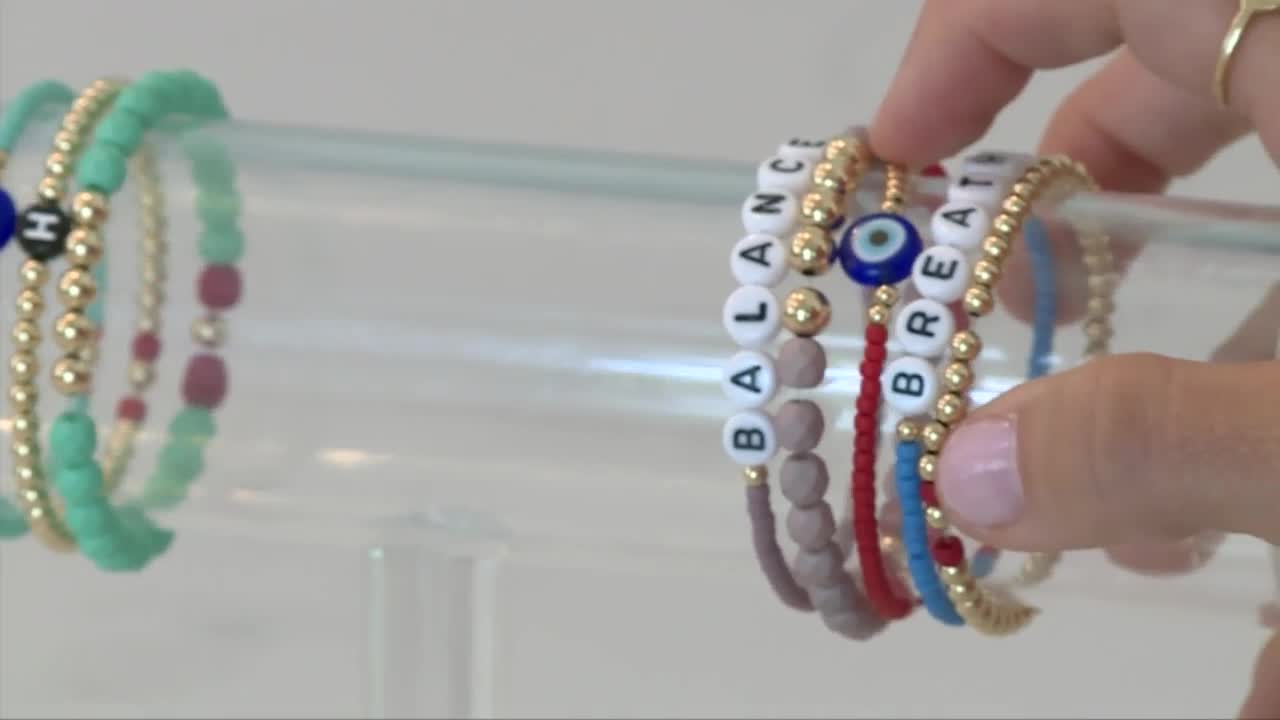 A Jupiter mom is bringing happiness to people with her handmade bracelet business. 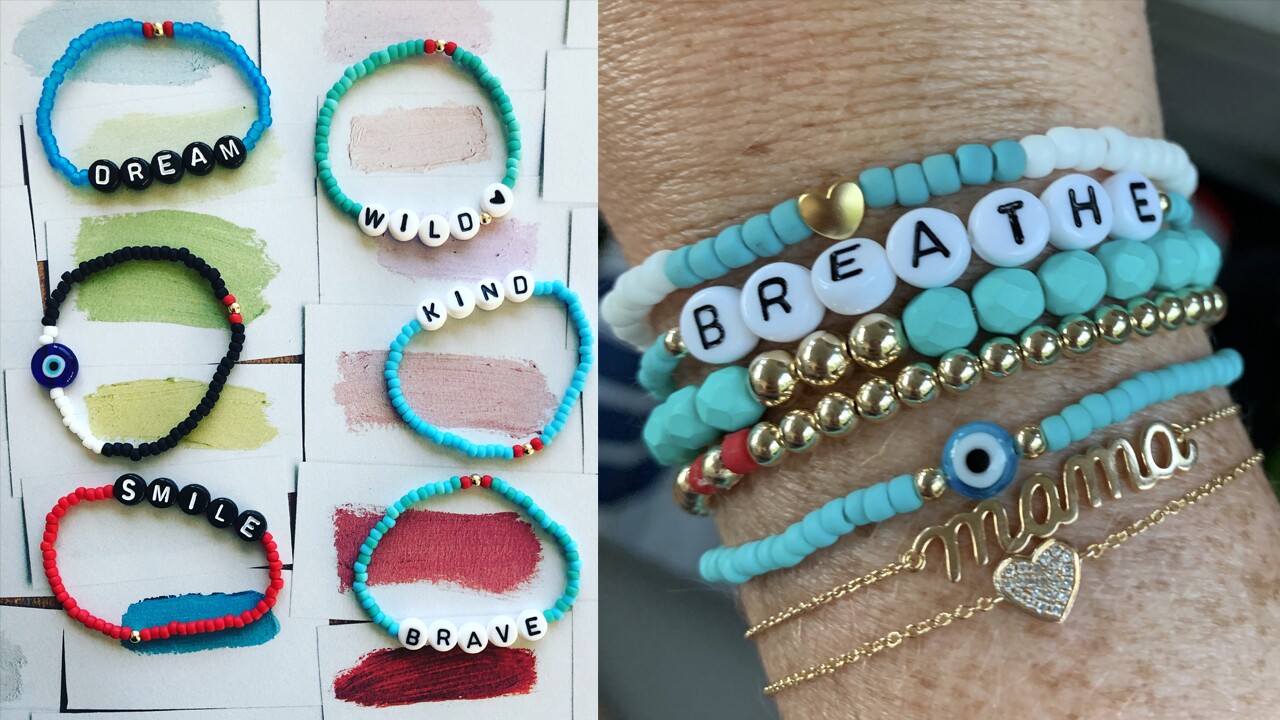 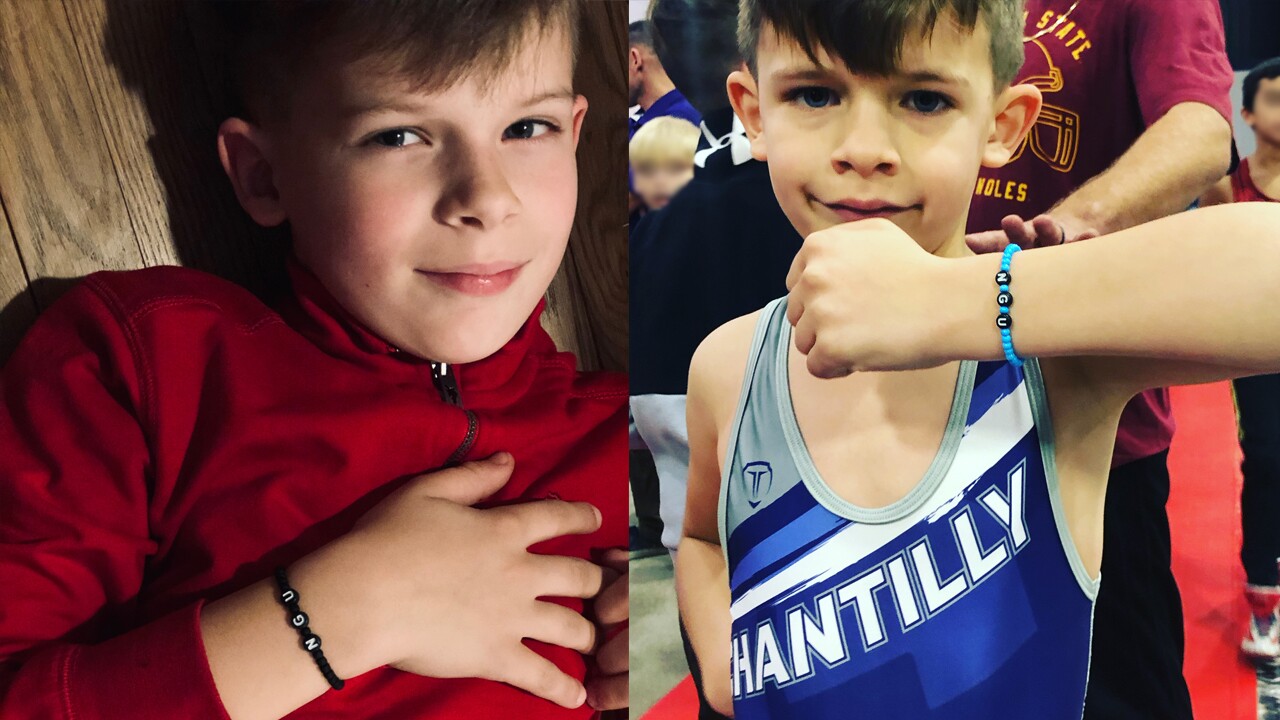 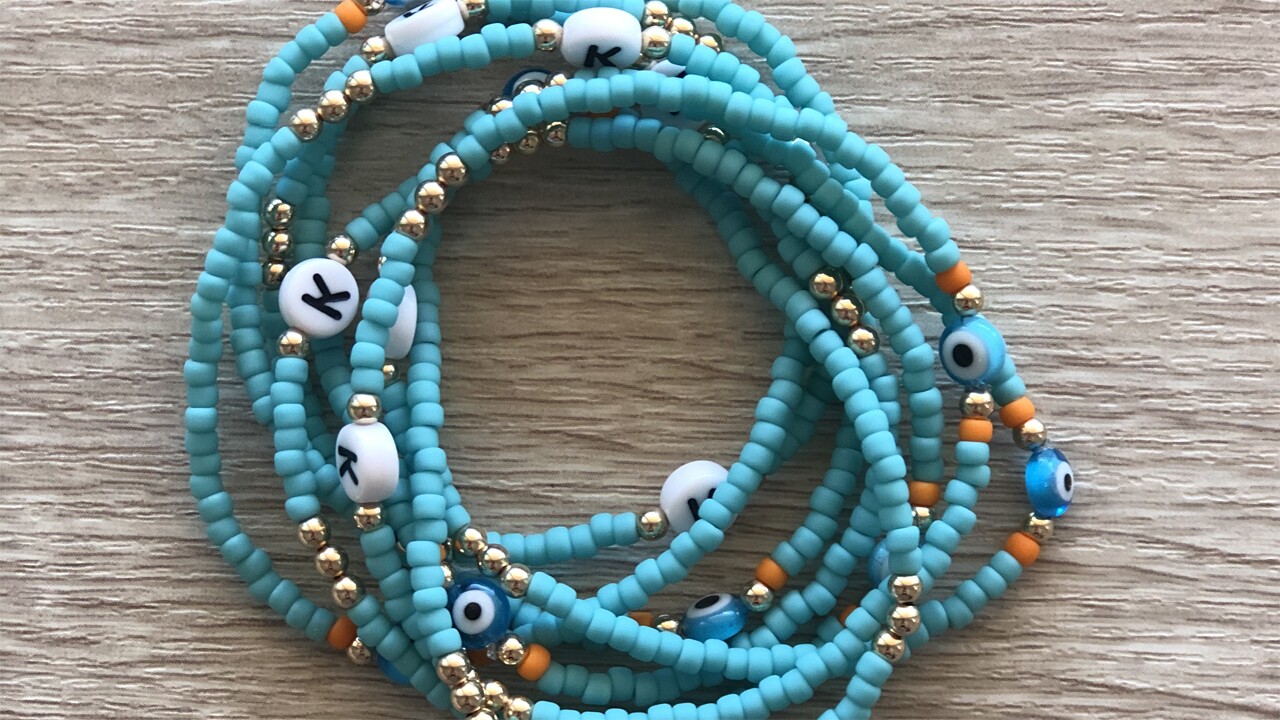 JUPITER, Fla. — A hug around your wrist, that’s what bracelets handmade by a Jupiter mom give to the hundreds of people who have purchased them. It’s a simple strand of beads standing for so much more. It’s now a small business, called Rad Love, that began with Emily Hinson’s own two sons.

“About a year ago, my two boys, William and Knox were in school and they were telling me how they were feeling nervous about being at school and missing me,” Hinson said.

She pondered about things she could do to make their day smoother and easier and was brought back to one of their favorite stories to read together when they were little, ‘The Kissing Hand’.

“It’s about a mother kissing her child’s hand and being able to take that with them to school. So I decided to start making them bracelets, that when they’re at school they could touch, feel, look at and remember that I was always with them,” Hinson said.

She strung the letters “NGU” together. It stands for “never give up”.

“That’s what we say in our family, is never give up, no matter how hard things get,” she said.

That little encouragement became far reaching. Before she knew it, Hinson created 300 bracelets for people all over the country.

“What I always love about her bracelets is they really are a wrist hug. And so it’ll just be this ongoing reminder of love and light that Emily has put into making them but also, that it will remind me of this very special memory for my brother,” said Hedi Traup.

Traup lost her brother almost a year ago, August 20, 2019. He was scuba diving with his family in the Keys and suffered a heart attack at just 50 years old. She wears a bracelet with the letter “K’ on it in remembrance of her brother, Kameron.

“I find myself looking down and it just gives you this little, you know, you find yourself smiling a little bit. Remembering and going ‘aww’, you know, I miss you or a quick little moment to tell yourself it’s okay. That’s what it does for me, said Traup.

Traup recently gave Emily one of her biggest projects, creating 19 bracelets with the letter “K” that she will gift to her entire family when they get together next week on the day they lost Kameron one year ago.

Each bracelet she beads comes with a different story. Hinson says she’s connected with people who have lost a dog, someone who’s recovering from cancer, someone who can’t see their grandparents in a nursing home right now. But not every one is tied to tragedy. Sometimes it’s just a simple word to give someone that extra boost of confidence and joy.

“Like this one says ‘breathe’. I think during this time, we’re all wearing masks and stuff we all really need a reminder to take deep breaths and that we’re going to be okay,” Hinson said.

The joy something so simple has brought so many people is immeasurable. But, perhaps, it’s most evident in messages Hinson has received like this:

The Hinson family recently moved from Virginia to Jupiter. Emily Hinson has since created a small business out of her bracelet making on Instagram, called @_Rad_Love_.

If you know of someone doing good and inspiring south Florida, please e-mail their story to us at InspiringSFL@WPTV.com.