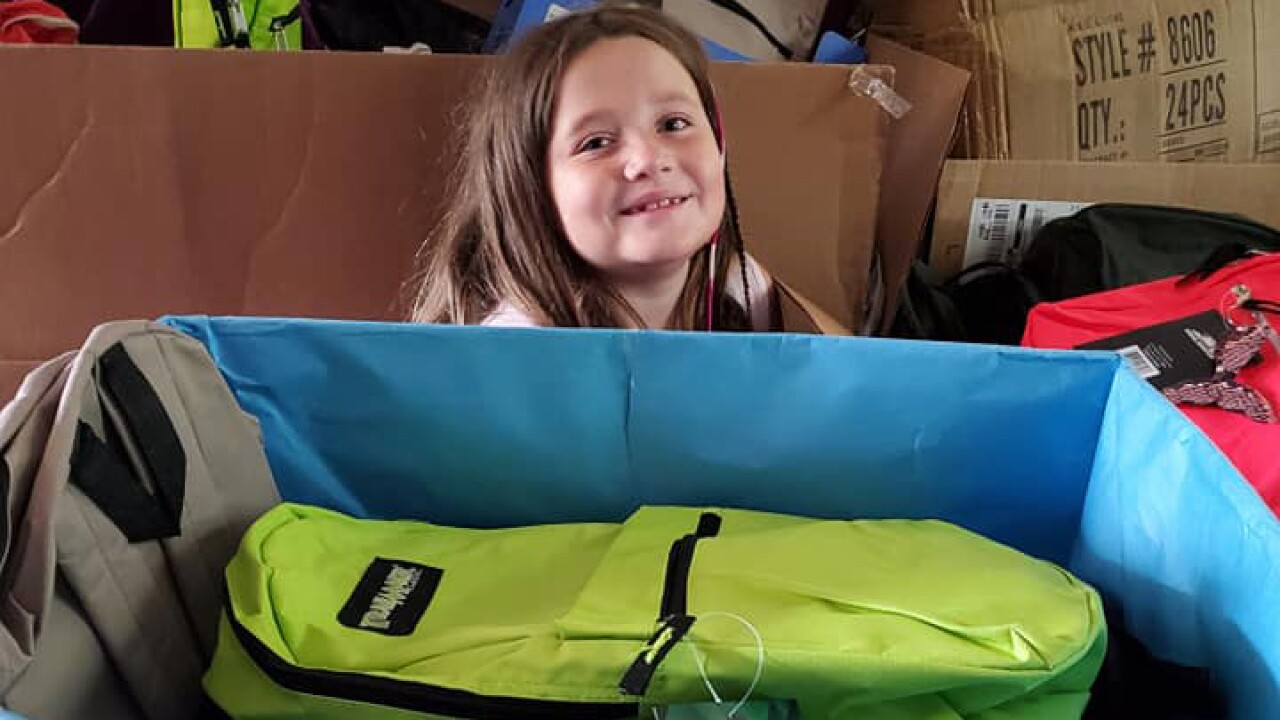 TEQUESTA, Fla. — This week marks one year since Hurricane Dorian hit the Bahamas. It is also the start of a new school year for many children who lost everything in that storm. In the Abacos, nearly 300 students are heading back with brand new gear all because of a 7-year-old girl from Tequesta.

Shelby Hires saw images on the news following the storm and told her mom she wanted to do something to help children her age who were affected.

“I wanted to help the kids in the Bahamas because they lost everything,” said Shelby.

She decided she wanted to collect backpacks and school supplies to send to them. It began with a “kindness cup”. Her family would drop money in each time she completed a chore. She took all of that money to Walmart.

“I spent all my money on keychains,” said Shelby.

From there, Shelby set up a beverage station at the end of her street in Tequesta. She provided bottles of water with lemonade mix and asked for donations instead of charging. Shelby’s mom, Chery Hires, says people were so generous.

“She collected over $1,000 dollars by doing a few lemonade stands in the beginning,” said Chery Hires.

The coronavirus pandemic brought that effort to a stop. But it didn’t stop “Shelby’s Mission”. She turned to Amazon and created a wish list of items she still needed to collect. Items came in from all over the country. Shelby’s mission began in January and by August, she had 265 new backpacks full of supplies.

“They lost everything and I just wanted to help them have a better life,” Shelby said.

Shelby and her family loaded everything up at their home in Tequesta and brought it to the Ft. Lauderdale Executive Airport to be loaded onto a plane provided by Abaco Freight. The items made it to the Abacos and were distributed to children on the islands. They sent a heartwarming video thanking Shelby for her kindness.

“Shelby, we cannot say thank you enough for the true gift you've given the kids of Man O War Cay and the Abaco community,” said one man who says he had the privilege of handing the items out.

“Watching the thank you brought me to tears. This whole mission was Shelby’s idea,” said Chery Hires.

Shelby isn’t done yet. She says her next mission will involve collecting toys to be sent over to the islands for the holidays. You can find more information about her collections here.