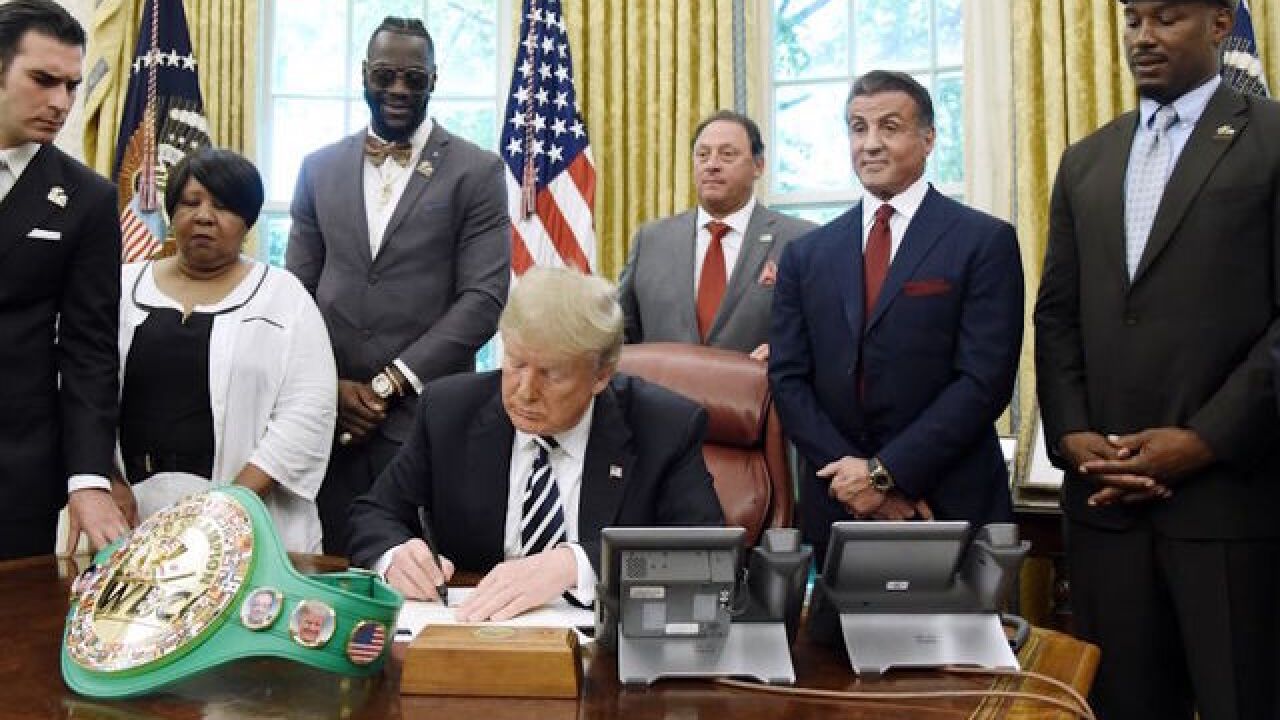 Image copyright 2018 Getty Images. All rights reserved. This material may not be published, broadcast, rewritten, or redistributed.
&lt;p&gt;US President Donald Trump signs an Executive Grant of Clemency for former heavyweight champion Jack Johnson in the Oval Office of the White House on May 24, 2018 in Washington, DC. (Photo by Olivier Douliery-Pool/Getty Images)&lt;/p&gt; 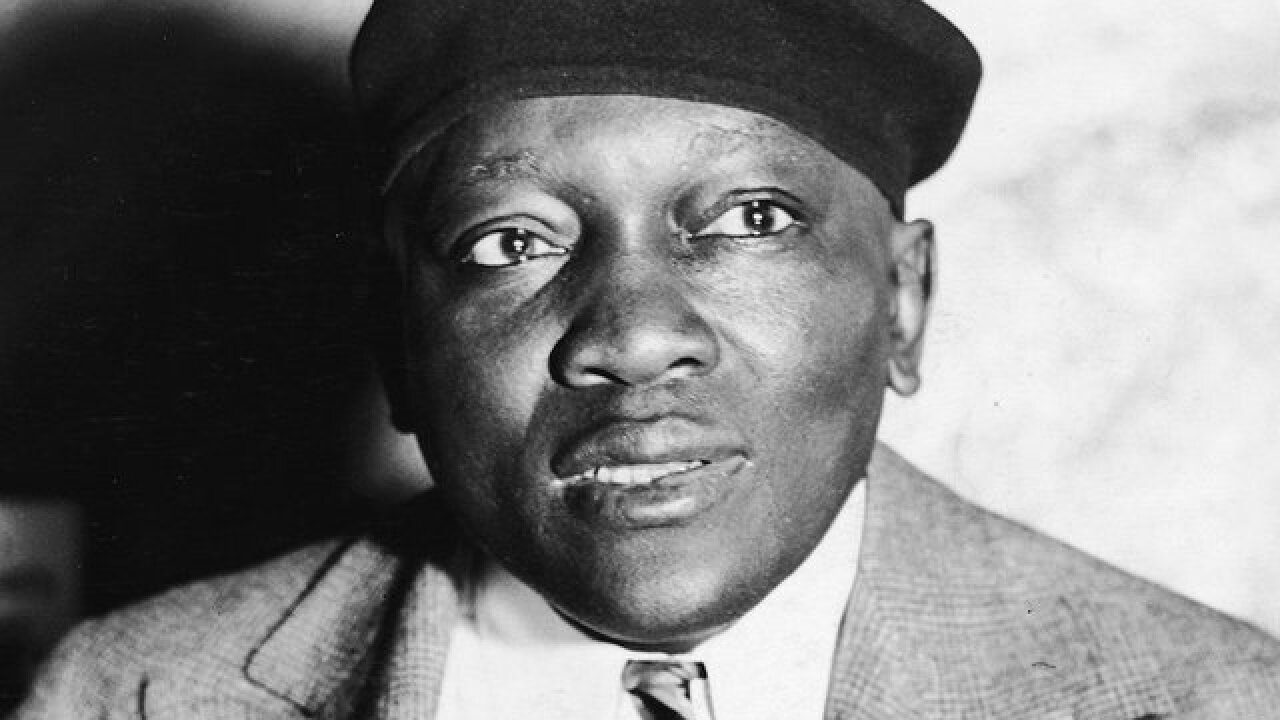 President Donald Trump on Thursday granted a posthumous pardon to boxer Jack Johnson on the advice of actor Sylvester Stallone.

Trump was joined in the Oval Office by Stallone, current heavyweight champion Deontay Wilder, and Johnson's great-great niece Linda Bell Haywood, among others.

"We have done something today that was very important, because we righted a wrong," Trump said. "Jack Johnson was not treated fairly, and we have corrected that, and I'm very honored to have done it."

Last month, Trump said he was considering the pardon.

"Sylvester Stallone called me with the story of heavyweight boxing champion Jack Johnson. His trials and tribulations were great, his life complex and controversial," Trump tweeted. "Others have looked at this over the years, most thought it would be done, but yes, I am considering a Full Pardon!"

Johnson, the first African-American world heavyweight boxing champion, was convicted in 1913 under the Mann Act for taking his white girlfriend across state lines for "immoral" purposes. The Mann Act purported to prevent human trafficking for the purpose of prostitution, but critics have argued it was applied inconsistently to criminalize African Americans and those with dissenting political views.

Johnson was convicted by an all-white jury in less than two hours and was imprisoned for a year. The sentence and imprisonment destroyed the boxing career of the "Galveston Giant." He died in 1946.

"It's incredible that you've done this," the "Rocky" star told the President.

"It's an honor to take a fictional character like Rocky and do something in the world of reality," Stallone said, thanking Johnson's niece.

In 2016, then-Sen. Harry Reid, D-Nevada, and Sen. John McCain, R-Arizona, along with Reps. Peter King, R-New York, and Gregory Meeks, D-New York, petitioned the Obama administration to grant a pardon to Johnson. The bipartisan group of lawmakers sent a letter to the White House asking that the pardon be given in honor of the 70th anniversary of the boxer's death.

"While it is unfortunate that this unjust conviction was not corrected during the boxer's lifetime, a posthumous pardon today represents the opportunity to reaffirm Jack Johnson's substantial contributions to our society and right this historical wrong," the letter said.

"Despite this resolution passing both chambers of Congress several times in recent years, no pardon has been issued to date," McCain said in a statement at the time. "I hope President Trump will seize the opportunity before him to right this historical wrong and restore a great athlete's legacy."