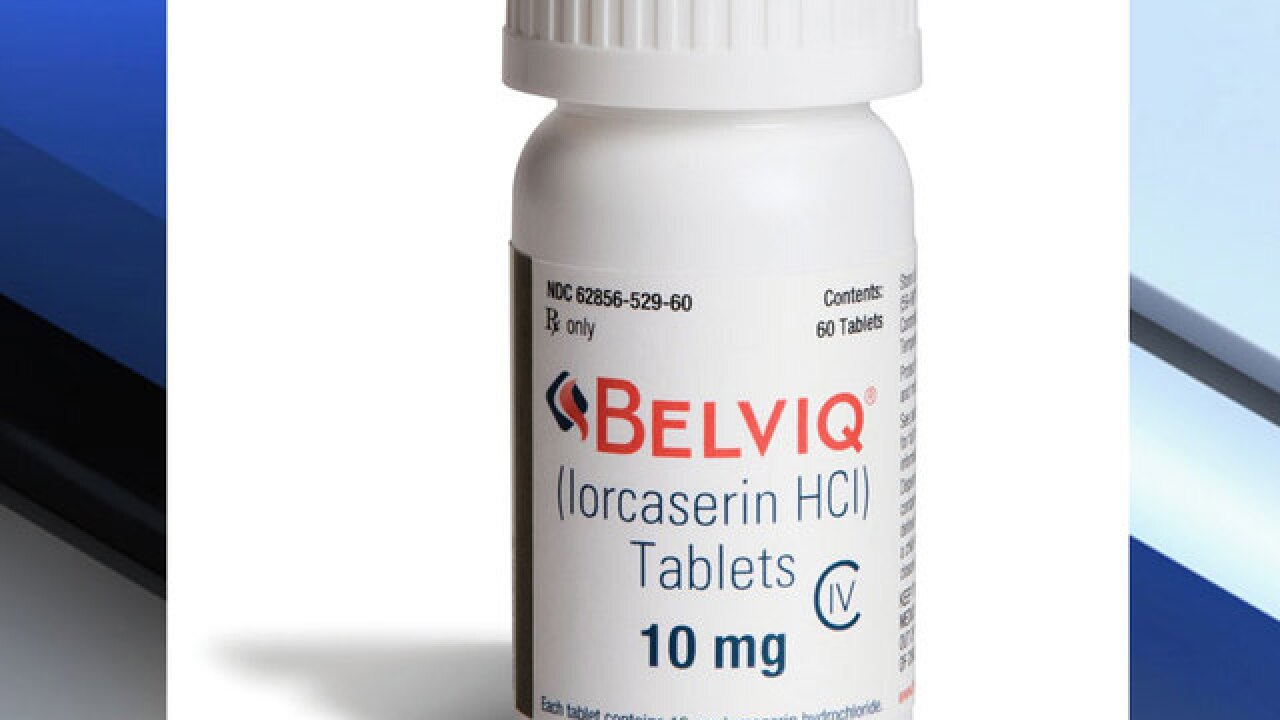 For the first time, a drug has been shown to help people lose weight and keep it off for several years without raising their risk for heart problems — a safety milestone that may encourage wider use to help curb the obesity epidemic.

The drug, Belviq, has been sold in the United States since 2013 and is the first of several new weight-loss medicines to complete a long-term heart safety study now required by federal regulators to stay on the market.

"Patients and their doctors have been nervous about using drugs to treat obesity and for good reason. There's a history of these drugs having serious complications," said study leader Dr. Erin Bohula of Brigham and Women's Hospital in Boston.

With this study, Belviq has been convincingly shown safe for the heart, she said.

Although Belviq did not raise heart risks, it didn't lower them either, as many had hoped it would. The weight loss it produced was fairly modest — after 40 months, Belviq users had shed 9 pounds (4 kilograms), twice as much as those on dummy pills.

It may be that weight loss alone is not enough to lower heart risks, or that there needs to be more to do that, some doctors said.

Results were discussed Sunday at a European Society of Cardiology meeting in Munich and published by the New England Journal of Medicine. Belviq's maker, Eisai Inc., sponsored the study and many of the researchers consult or work for the company.

Worldwide, 13 percent of adults are obese and 39 percent are overweight, raising their risk for a host of health problems. Diet and exercise are the first steps doctors recommend, but medicines also can be considered for people with dangerously high weight who cannot drop enough pounds by other means.

Several popular diet medicines were previously withdrawn from sale after they were found to raise the risk for heart valve damage, suicidal thoughts or other problems, prompting the new requirement for heart safety studies.

Belviq is an appetite suppressant that works by stimulating brain chemicals to give a feeling of fullness. It costs roughly $220 to $290 a month in the United States.

Researchers tested it in a study of 12,000 people who were either obese or overweight with heart disease risk factors such as high blood pressure or cholesterol. They were given Belviq or dummy pills to take twice a day and offered lifestyle and diet advice.

At one year, 39 percent on Belviq and 17 percent on dummy pills had lost at least 5 percent of their starting weight. Several previous studies also found the drug effective for weight loss.

After about three years, 6 percent of each group had suffered a heart-related problem or death.

Serious side effects were similar, but more on Belviq stopped taking their pills because of them — 7 percent versus 4 percent. Common side effects included dizziness, fatigue, headache and nausea.

Dangerously low blood sugar happened in 13 people on Belviq versus four in the other group; all but one case involved people also taking diabetes medicines, which lower blood sugar.

Tests for heart valve damage were done on 3,270 participants but no big differences in rates were seen. Suicidal thoughts or behavior were reported in 21 people on Belviq versus 11 on dummy pills, but more on the drug had a history of depression and the difference was so small it could have been due to chance, Bohula said.

In a commentary, two of the journal's editors, Drs. Julie Inglefinger and Clifford Rosen, said there might be alternatives to Belviq. Liraglutide, when used to treat diabetes, also causes weight loss and lowers heart risks, though it hasn't been tested for cardiac safety at the dose used for weight loss.

For now, Belviq "may be best used on a cautious basis, according to the needs of individual patients," they write.

Marilynn Marchione can be followed at http://twitter.com/MMarchioneAP

The Associated Press Health & Science Department receives support from the Howard Hughes Medical Institute's Department of Science Education. The AP is solely responsible for all content.