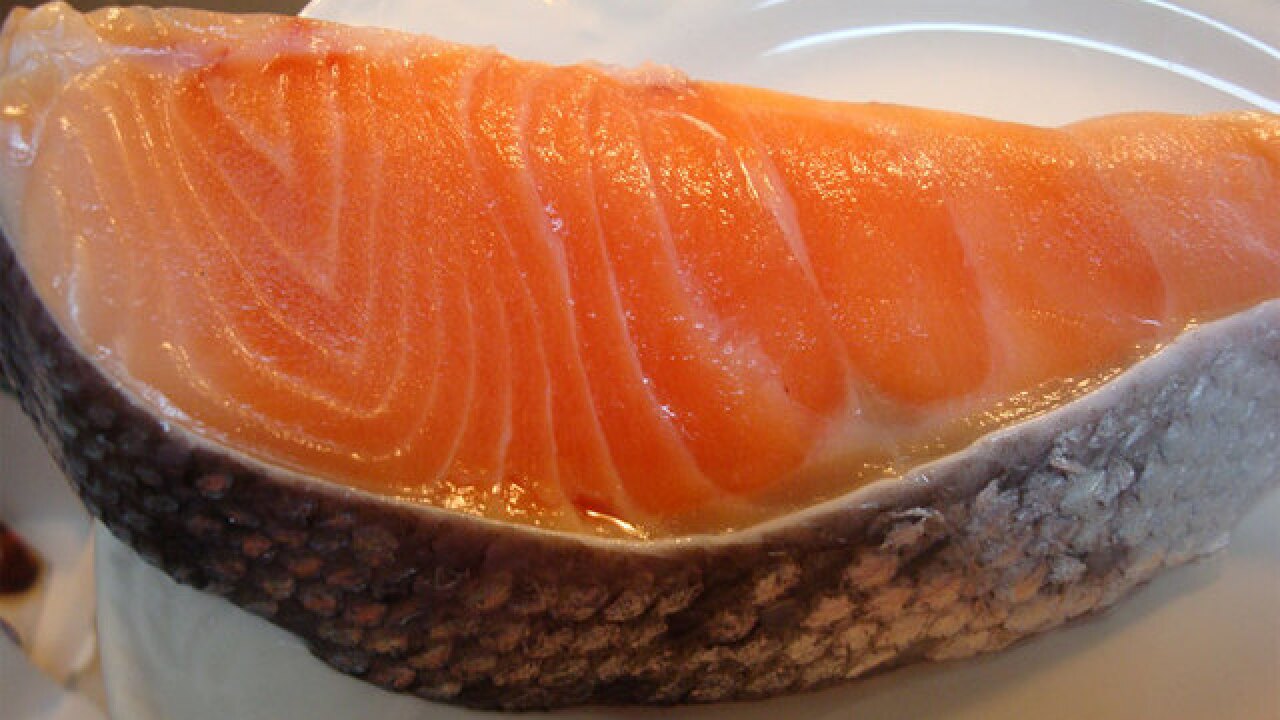 (CNN) -- A Mediterranean diet -- rich in vegetables, fruits, nuts and fish -- could help lower a person's risk of depression, a new study says.

The research, published Wednesday, analyzed 41 studies on the topic and found a link between people's diet and their chances of developing depression.

People who followed a strict Mediterranean diet had a 33% lower risk of being diagnosed with depression compared to people who were least likely to follow these eating habits.

"There is compelling evidence to show that there is a relationship between the quality of your diet and your mental health," said Camille Lassale, research associate at University College London's department of epidemiology and public health in the UK. "This relationship goes beyond the effect of diet on your body size or other aspects of health that can in turn affect your mood."

People whose diets were high in inflammatory substances, such as processed meats, trans fats and alcohol, were more likely to have depressive outcomes.

"A pro-inflammatory diet can induce systemic inflammation, and this can directly increase the risk for depression," said Lassale, adding that emerging evidence shows a relationship between the gut and the brain, controlled by gastrointestinal bacteria, which is in turn modified by our diet.

Based on their analysis, researchers found that several factors causing damage to the brain -- such as oxidative stress, insulin resistance and inflammation -- can be controlled by a person's diet. These factors also show an association with depression, according to the study.

Other studies have found that nutrients like polyunsaturated fatty acids, B vitamins, zinc and magnesium have positive effects on brain function.

Conventional treatment for depression with antidepressants has been found to be effective in "only one in three," the study states, and the condition relapses in around 50% of cases. The new findings suggest a person's diet can help treat and prevent the disease.

"We have known for some time that what we eat can influence our physical health, but the impact on mental health and specifically depression had not previously been comprehensively evaluated," said Brendon Stubbs, clinical lecturer of psychology and neuroscience at King's College London, who was not involved in the study. "The potential public health implications are considerable."

But Stubbs also warned that "clearly we cannot say that our diet causally contributes to the onset of depression from this research."

For many cases the data relied on people's memory of what they consumed, and people eating a Mediterranean diet typically engage in other healthier lifestyle habits, like exercising or not smoking, that can also affect their likelihood of depression, said Stubbs .

Naveed Sattar, professor of metabolic medicine at the University of Glasgow, added that " a heavy dose of caution is needed," as the study "only looks at observational studies."

"The current evidence is not sufficient to prove plant-rich diets can prevent depression as most of the evidence so far simply shows that those with poorer mental health eat worse, so it may be that those more prone to depression also choose less health," he said.

Sattar concluded that while easting healthier is good for many reasons, "we need more evidence before we can say plant-rich diets can improve mental health."

Depression affects 300 million people across the globe, with 7% of women and 4% of men affected, according to the new study. An estimated $1 trillion is lost each year because of low productivity caused by depression and anxiety disorders, according to the the World Health Organization.

A recent study found that the Mediterranean diet could also help prevent dementia, with older adults following the diet lowering their risk of developing the condition by a third. Another study found more benefits in older age, including extending your lifespan.