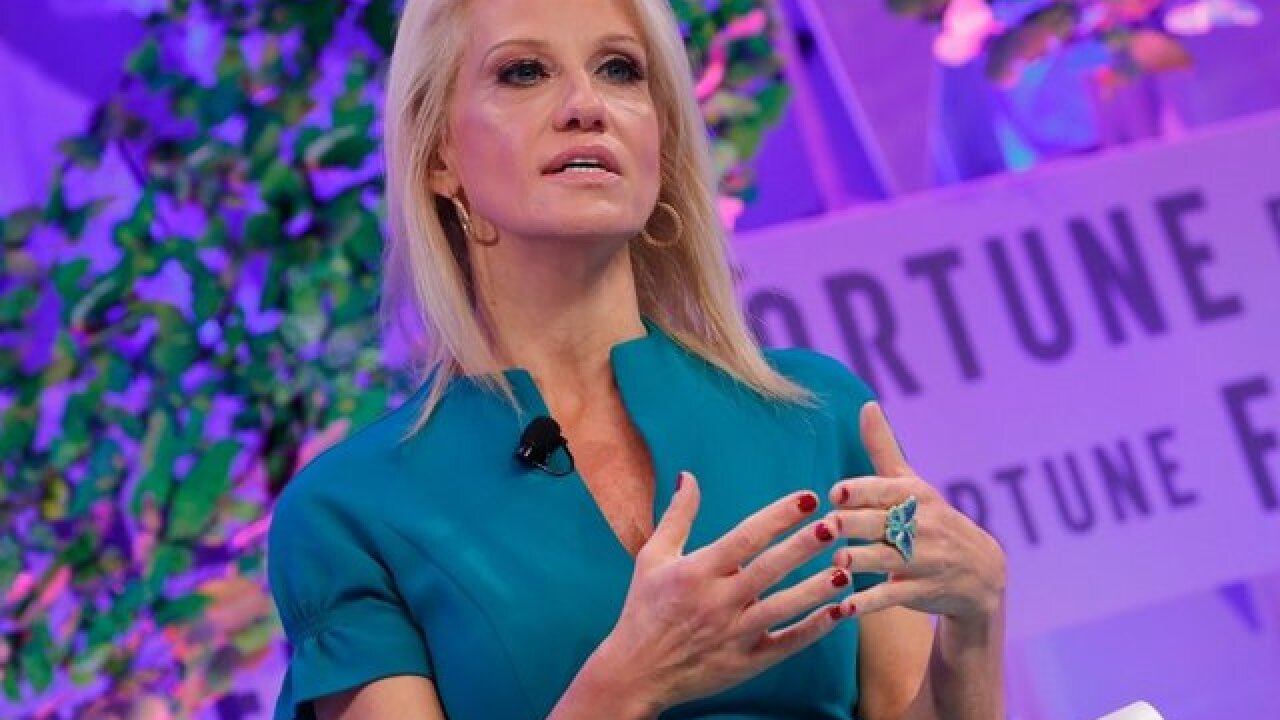 "That is more than we've ever seen for any administration," Conway said on CNN's "State of the Union."

The $6 billion sum was included in the budget agreement President Donald Trump signed into law on Friday morning, ending an overnight government shutdown.

Conway, who has included the crisis around opioid-related deaths in her policy portfolio, said the funding would go to treatment for addicts, law enforcement and public education.

"We need to tackle all three at once," Conway said.

Conway said she works "first and foremost on the front line of the opioid crisis" and said the funding would help an approach she described as a mixture of cracking down on the supply of drugs and extending a helping hand to addicts.

"We need to get those drugs, keep those illicit drugs out of our country, out of our communities," Conway said. "But we also have to help the people who are already addicted."

A recent report in Politico said Conway's efforts come in contrast to the White House's Office of National Drug Control Policy, and in some ways overlap with the role traditionally taken on by an appointed drug czar.

A government report last year said more than 42,000 drug fatalities in 2016 involved opioids, and a study published in December found opioid deaths were a significant part of an overall drug overdose emergency, with cocaine-related overdose deaths among non-Hispanic blacks on par with overdose deaths caused by heroin and prescription opioids among whites.

Trump's opioid commission called for a series of changes last year, including for the President to declare the opioid crisis a national emergency and for the use of drug courts to push substance abusers to treatment instead of sending them to prison.

Trump declared the epidemic a national public emergency in October, and the Department of Health and Human Services renewed the declaration last month. The issue remains a point of contention between advocates and the government as drug overdoses continue to take a toll on the nation.