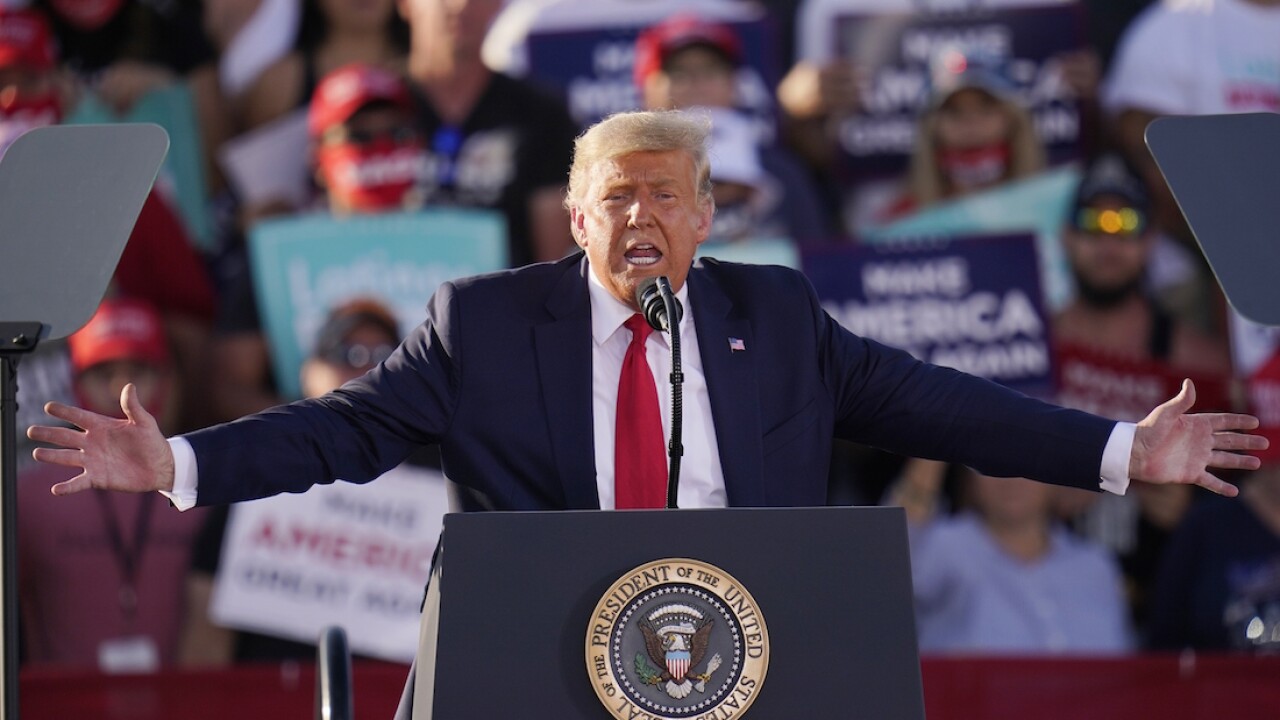 ERIE, Penn. - President Donald Trump said Tuesday to the crowd during his Make America Great Again rally that the state of Pennsylvania has been "shut down long enough."

"Get your governor to open up Pennsylvania," Trump said during the rally.

Trump's rally in Pennsylvania comes just a day after the US Supreme Court upheld a ruling by the state's Supreme Court that allows election officials to count ballots received up to three days after the election.

Trump also added that the pandemic is ending and normal life is returning.

"We’re rounding the turn on the pandemic," Trump said on Tuesday. "56% and it’s a record. Epic job growth. Safe vaccines that quickly end the pandemic. It’s ending. Normal life. That’s all we want. Do you know what we want? Normal life.”

According to the Associated Press, First Lady Melania Trump will not accompany her husband due to a "lingering cough after contracting COVID-19."

On Monday, Trump made two stops in Arizona to speak to supporters at rallies, where he took swings at Dr. Anthony Fauci, by calling him "a disaster."

Trump also spoke about calling ExxonMobil executives if he needed to raise millions, which the oil and gas company categorically denied in a response on Twitter.