Poll watchers: who are they and what do they do? 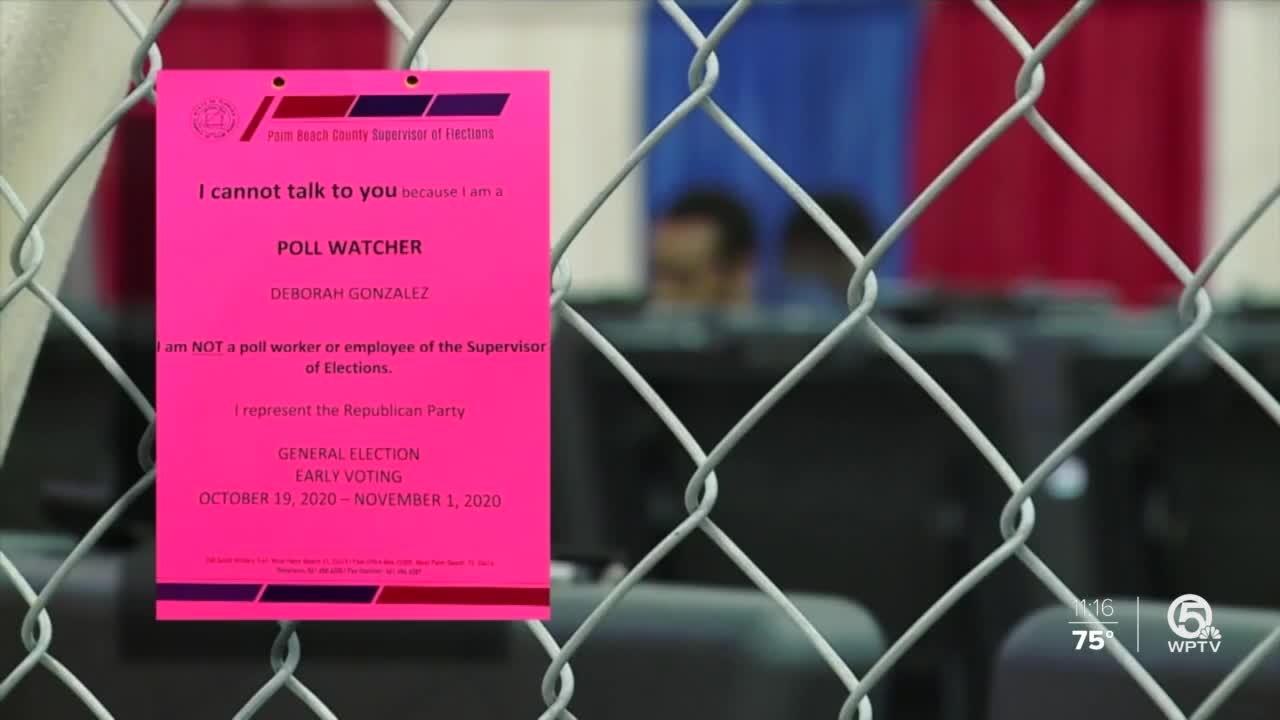 Contact 5 investigator Michael Buczyner speaks to a poll watcher who says her job is to make sure the election process is "fair and honest." Palm Beach County's elections supervisor says she doesn't anticipate any problems.

WEST PALM BEACH, Fla. — A group of voters is headed to the polls this election season, not to cast a ballot, but to watch.

The polls will be Debbie Gonzalez's second home during early voting and on Election Day in Palm Beach County.

Gonzalez is a trained and approved poll watcher for the Republican Party with several elections under her belt.

"Just observing, making sure that everybody is being able to vote without problems and, you know, keeping it fair and honest," she said. "That's what we're there for."

Poll watchers such as Gonzalez are designated either by candidates, political committees or a political party and must be registered to vote in the county they serve.

They are subject to strict guidelines. Poll watchers are not allowed to wear political advertisements, walk around the voting area, interact with voters or obstruct the conduct of an election.

However, the rules say a poll watcher or registered voter may challenge a person's right to vote.

A frivolous challenge is against the law.

Palm Beach County Supervisor of Elections Wendy Sartory Link told Contact 5 that poll watchers will wear signs identifying themselves with a message that they can't talk to voters.

"They're just really looking around to see if they think there's anything going wrong," she said.

Contact 5 asked Sartory Link if she had concerns about any poll watchers trying to intimidate voters.

"We're hopeful not," she said. "Many of them, we find out, are the same people that do it over and over again, and we have not had any problems with our poll watchers. We've been very fortunate."

"I haven't been trained to intimidate people, so I don't think that's a part of the job," Gonzalez said. "Just going to watch and see. I think everybody who comes to vote should be able to vote."