Could defecting Republicans put dent in Trump's reelection base? 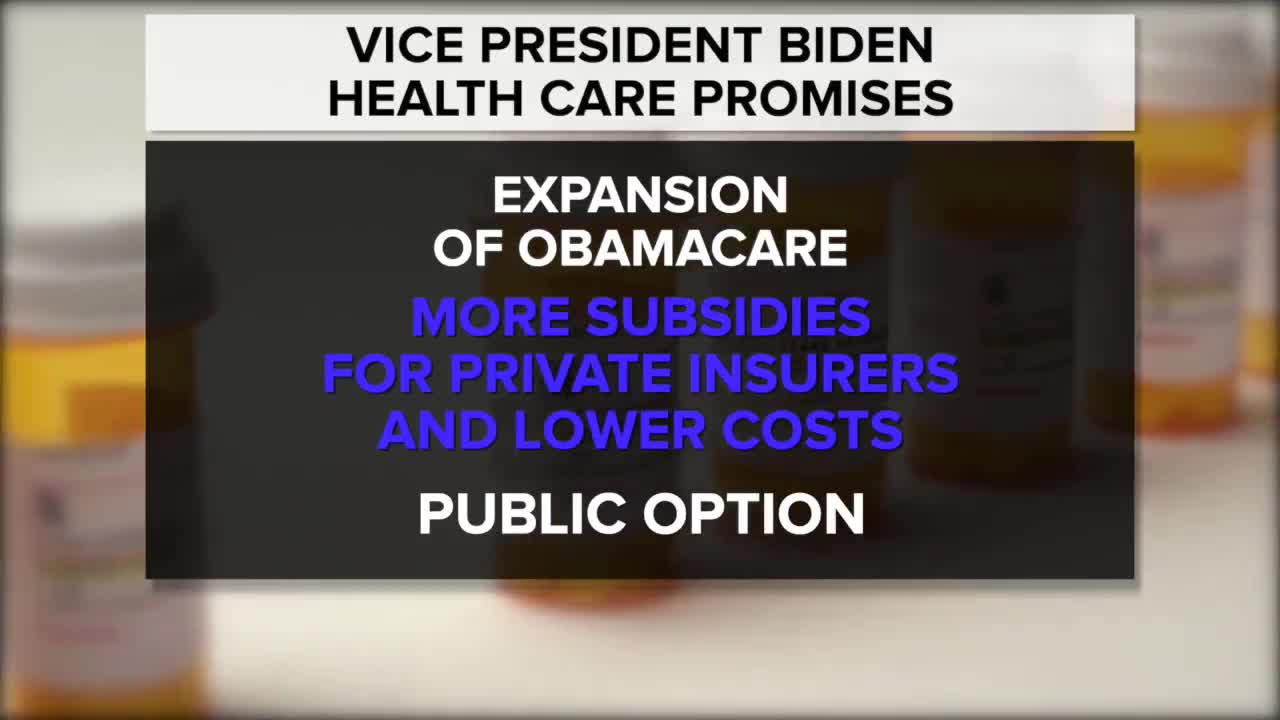 Health care is a major issue for Floridians this election and it’s likely no secret why. The state has one of the oldest populations in the nation.

THE VILLAGES, Fla. — Health care is a major issue for Floridians this election, and it's likely no secret why.

The Sunshine State has one of the oldest populations in the nation. But while older voters tend to skew right, more may be leaning left this cycle. Health care could be the key reason.

Sumter County, Florida, is home to The Villages, where you are sure to find several things. Golf carts, retirees and Republican voters like George and Bobbie Edwards.

"We just have to pray that the right person will win," Bobbie Edwards said.

With one of the highest concentrations of seniors in the nation, the area is considered Trump territory. Health care policy is on almost every voter's mind.

"Health care is something that we should be able to choose our doctors and not have to wait six months in Canada or some of these other countries," said George.

"I don't want Medicare for all," Bobbie Edwards said. "I believe in helping people, but I also believe you have to work and help yourself."

The Edwards' rhetoric is not unlike the president, who is targeting seniors in finals these weeks.

"You're going to have socialist health care," Trump told a Sanford, Florida, crowd earlier this month. “You don’t feel well? OK, go to the hospital for four weeks."

This year, however, Sumter County's regular red has a splash of blue ahead of Election Day.

"This is more enthusiasm than I have seen in any election since I have been a volunteer," said Chris Stanley, who heads The Villages Democratic Club.

Stanley said, each day, she is seeing more and more seniors come in her door. Many of them are former supporters of the president ready to dump Trump.

"It tells you that people are finally starting to look at policy and people rather than party," she said.

The flipping could put a dent in Trump's reelection base. Sumter's senior population is reliably red. Democrats know that, and they're not trying to flip the county, just erode enough support to tip the scales.

Bruce Layton is an example.

The life-long Republican said he can't trust the president and won't be voting for him -- especially on health care. Layton worries Trump will slash Medicare and coverage for preexisting conditions, despite stump speeches to the contrary.

"You're talking to a guy who just had his seventh back operation," Layton said. "I'm lucky I have health care and they want to take that away."

These are ideas Democrats in Sumter County certainly support, but quantifying total GOP erosion is hard. And local Republicans aren't sweating it.

John Calandro does communications for the local GOP club. While acknowledging some Republican voters are flipping to Biden, he expects the same margins as 2016. Sumter County is growing, Calandro said.

"It takes a lot to erode what you've spent your life developing," Calandro said. "We're up almost 10,000 registered Republican voters. We still outnumber the Democrats 2:1."

We won't likely know the full extent of GOP erosion until Election Night. For now, it depends on who you ask around The Villages and how they feel about health care.

All the while, the question lingers with only a handful of days until Nov. 3, just how blue has this regular Republican zone become?