Obama to visit Miami on Saturday to campaign for Biden 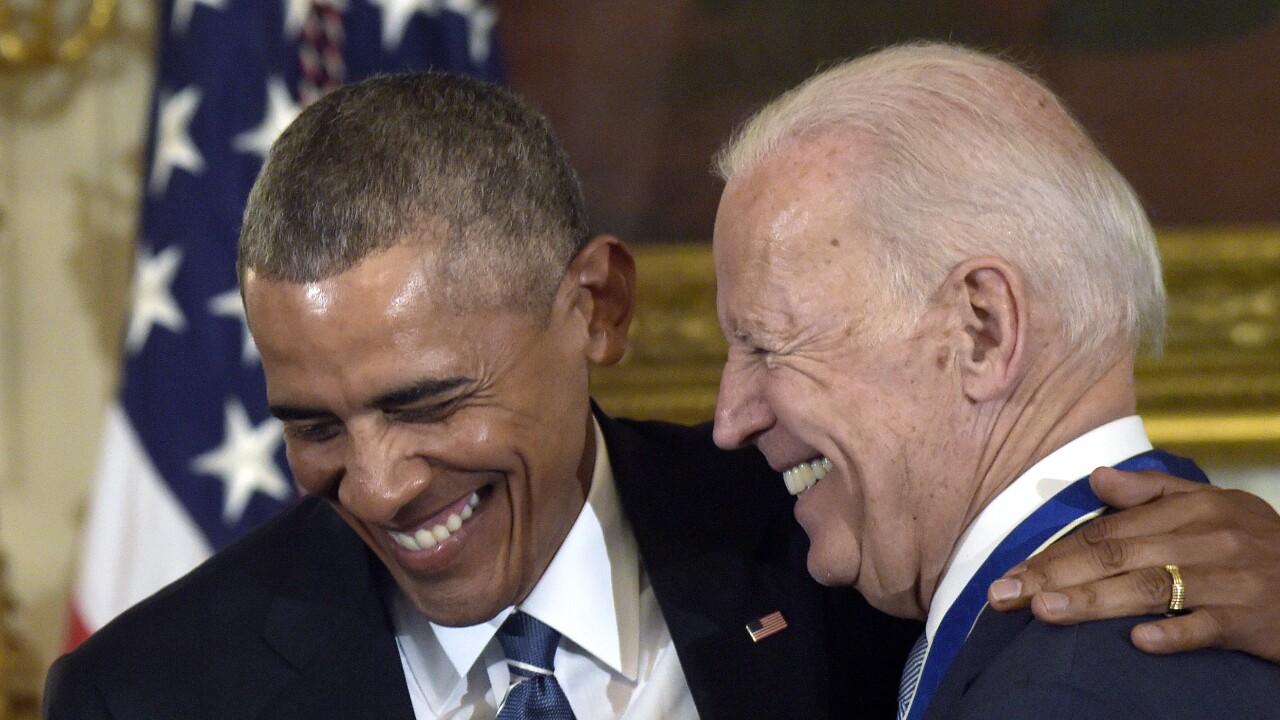 Susan Walsh/AP
FILE - In this Jan. 12, 2017 file photo, President Barack Obama laughs with Vice President Joe Biden during a ceremony in the State Dining Room of the White House in Washington where Obama presented Biden with the Presidential Medal of Freedom. Since leaving the White House nearly four years ago, former President Barack Obama has repeatedly called for a new generation of political leaders to step up. On Wednesday, he’ll implore Americans to vote for Joe Biden, a 77-year-old who has been on the national political stage for more than four decades. (AP Photo/Susan Walsh)

MIAMI — As the election draws near, former President Barack Obama has hit the campaign trail for his former vice president.

The stalwart and arguably most popular figure of the Democratic Party is hoping to lend his esteem among Democrats to push them to the polls for Joe Biden.

Obama was in Pennsylvania on Wednesday, but is heading to another swing state for the weekend.

Obama will be in Miami on Saturday. Details on where he will travel have not been released by the Biden campaign.

With 29 electoral votes, Florida is crucial to both presidential candidates but especially President Donald Trump, who moved his official residence to his Palm Beach estate Mar-a-Lago from New York last year. A Florida loss would make it nearly impossible for Trump to reach the 270 electoral votes needed to retain the White House.

Trump is expected to travel to Palm Beach late Friday. Vice President Mike Pence will be in Tallahassee and Jacksonville on Saturday.