Rep. Brian Mast wants Congress to withhold funds to China because of coronavirus 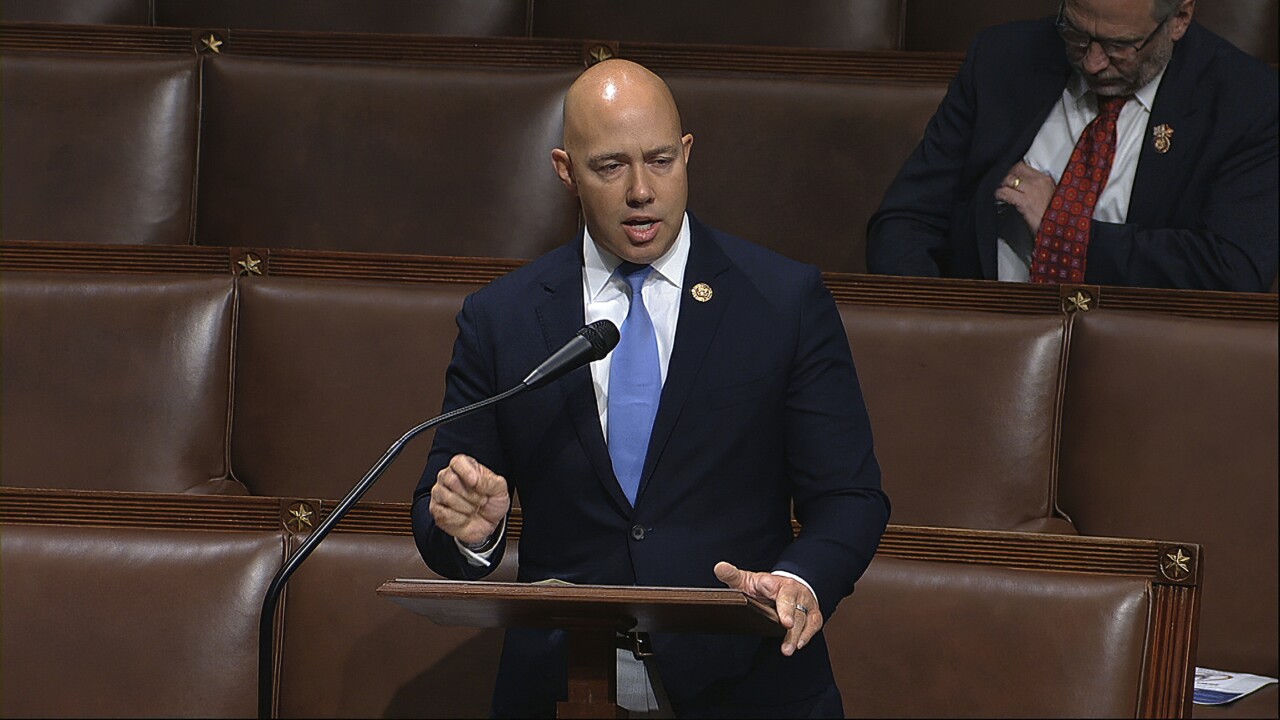 (Copyright 2020 The Associated Press. All rights reserved. This material may not be published, broadcast, rewritten or redistributed.)
House Television via AP
In this image from video, Rep. Brian Mast, R-Fla., speaks on the floor of the House of Representatives at the U.S. Capitol in Washington, Thursday, April 23, 2020.

U.S. Rep. Brian Mast, R-Fla., drafted a resolution calling on the U.S. to "permanently withhold payments on debts owed to the People's Republic of China in amounts equal to the public costs incurred" as a result of the coronavirus.

The resolution cites China's slow response to combat the virus in the city of Wuhan, where the outbreak originated.

"China's total lack of transparency and mishandling of the coronavirus outbreak has cost tens of thousands of lives, millions of jobs and left untold economic destruction," Mast said in a statement. "Congress must hold China accountable for their cover-up and force them to pay back the taxpayer dollars that have been spent as a result."

Mast previously co-sponsored a bill that would force China to reimburse the U.S. His press secretary, Kyle VonEnde, told WPTV NewsChannel 5 that Mast's measure would empower the U.S. to withhold funds owed to China.

A class-action lawsuit filed in Miami federal court last month seeks billions of dollars in damages from the Chinese government.