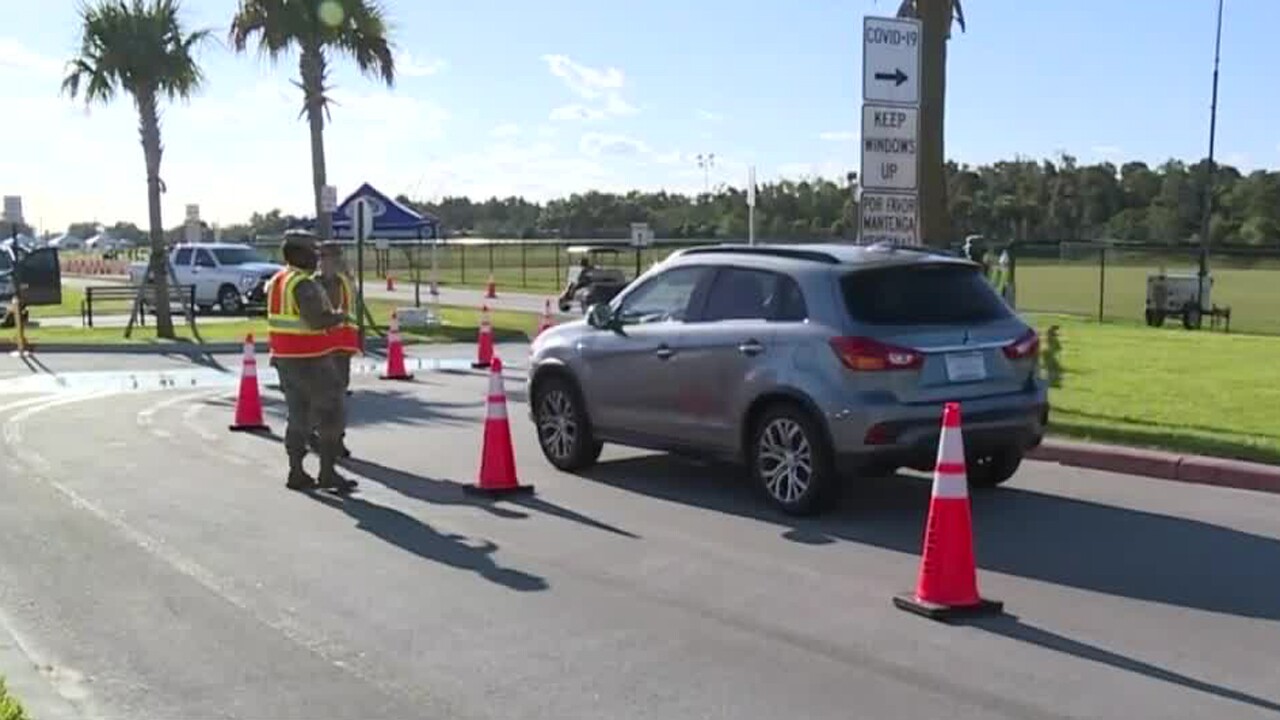 WPTV
A vehicle arrives on the first day of coronavirus testing at the FITTEAM Ballpark of the Palm Beaches in West Palm Beach.

WEST PALM BEACH, Fla. — A coronavirus testing site will be coming to southern Palm Beach County by early next week.

Thomson said the site is expected to open Tuesday.

Several area lawmakers were pushing for the state to open a site on the southern end of the county, where the highest numbers of confirmed COVID-19 cases currently exist.

Gov. Ron DeSantis said earlier this week that the state is "going to be pushing down supplies and assisting with an additional testing site in southern Palm Beach County."