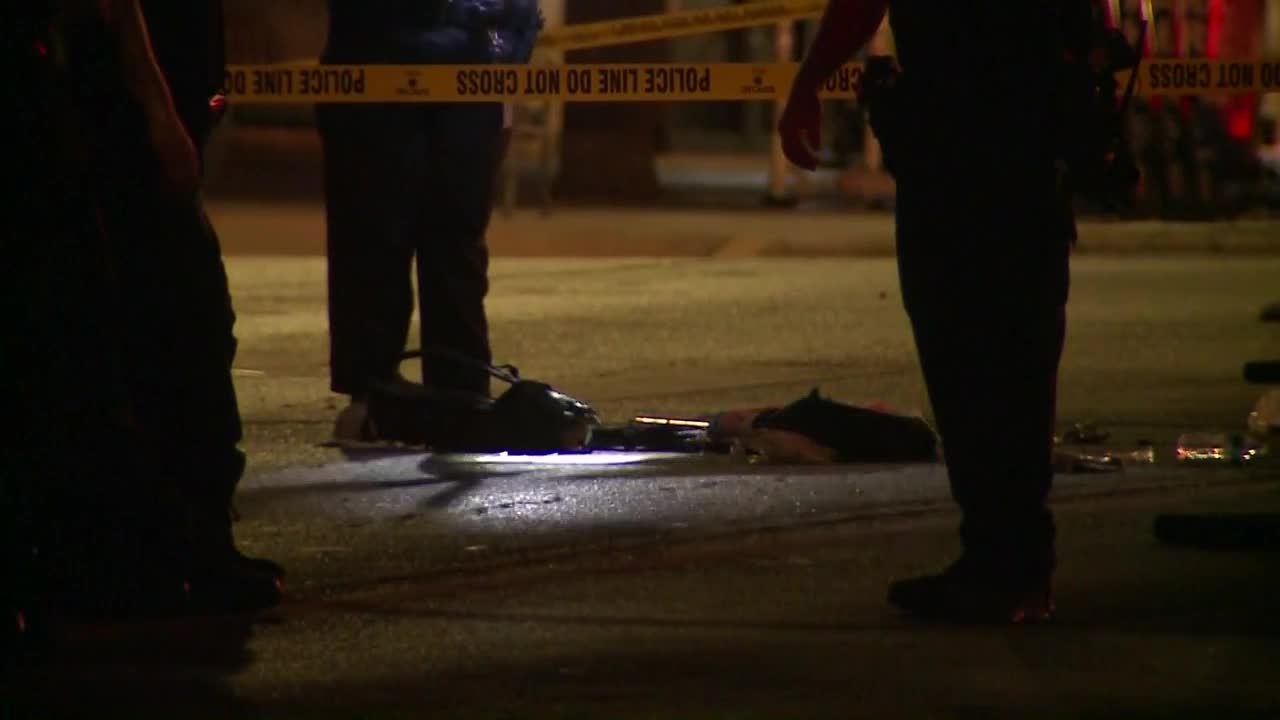 Police say a man was fatally shot at a protest in Texas when he approached a vehicle and the driver inside opened fire.

AUSTIN, Texas (AP) -- A protester who was apparently armed with a rifle at a demonstration against police violence in the Texas capital was shot and killed after a witness says he approached a vehicle that had driven through the crowd and the driver opened fire.

The shooting happened just before 10 p.m. Saturday as demonstrators were marching through downtown Austin, police spokeswoman Katrina Ratliff told reporters early Sunday. The man who was shot was taken to a hospital, where he was pronounced dead.

The vehicle honked, turned onto a street and sped through the protesters before it apparently hit an orange barrier and stopped, witness Michael Capochiano, who took part in the demonstration, told the Austin American-Statesman. A protester with a rifle approached the vehicle and was shot by the driver, who then drove off, he said.

Ratliff confirmed that initial reports indicated "the victim may have been carrying a rifle." She said the driver was detained and was cooperating with police. She didn't release the names of the driver or the man who was killed. There was no answer at a number for an Austin police spokesperson late Sunday morning.

In video that was streamed live on Facebook, a car can be heard honking before several shots ring out and protesters start screaming and scattering. Police can then be seen tending to someone lying in the street.

In an interview with ABC's "Good Morning America," Sheila Foster identified the man who was shot as her son, Garrett Foster. She said he had been a regular at the protests with his fiancee.

"They've been participating in these protests almost every day for the past 50 days," she said.

Sheila Foster said she was told her son was pushing his fiancee, who uses a wheelchair, through an intersection when the suspect was driving "erratically" through the crowd. She said she was told the driver shot her son three times.

The shooting happened during a night of protests and unrest in several U.S. cities.