This man's car is covered in the names of 1,400 Black people who have died at the hands of police 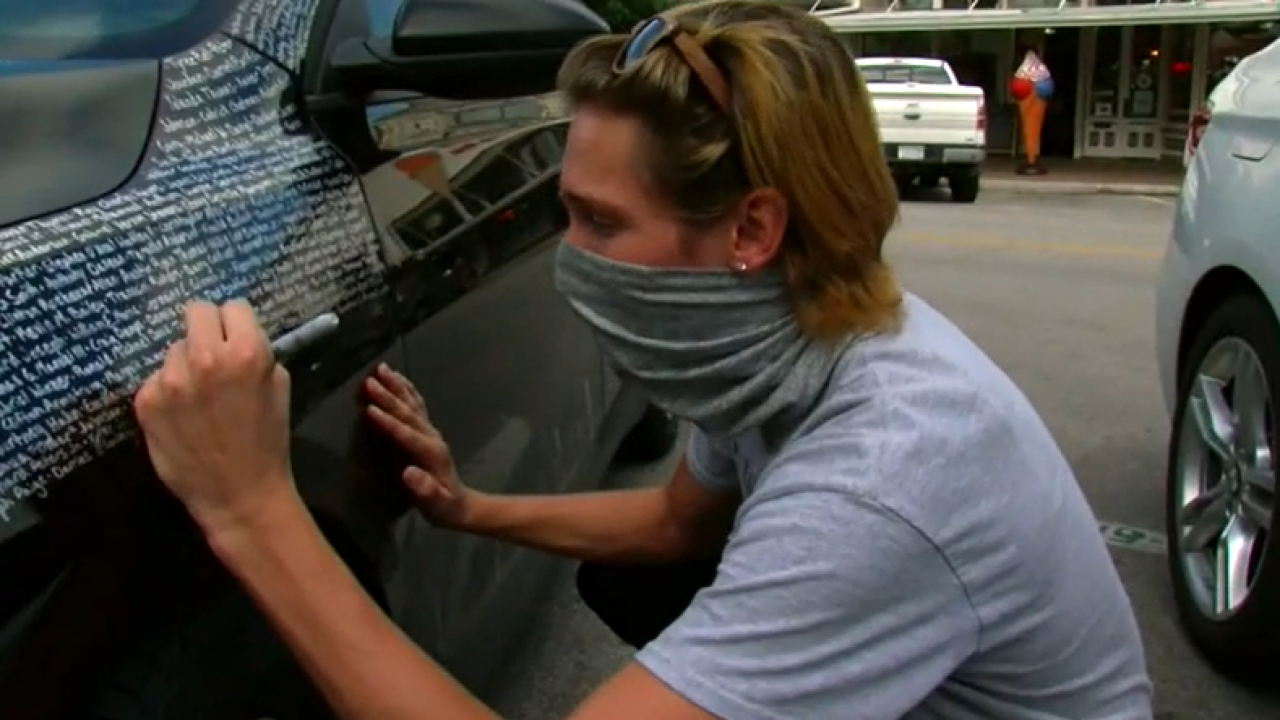 AUSTIN, Texas — A Texas man is making a statement by writing the names of 1,400 Black Americans who have died at the hands of police in the United States on his car.

Jeremiah Hindberg, 20, said he used a database to research Black Americans who have died at the hands of police in the U.S. and came up with 1,400 names.

He wrote each one on his vehicle with a silver sharpie.

Hindberg said he is using his car in hopes to start a conversation on what the Black Lives Matter movement means to him.

"A lot of sadness. I cried in my garage for hours," Hindberg said.

It took several days to write the names, with George Floyd and Breonna Taylor on the hood.

"This is my representation of BLM," Hindberg said. "Some group of people that's being treated unfairly, and that should be fixed."

Hindberg said the violence he and his father witnessed during the protests in Austin back in late May moved him more than anything he's ever experienced.

The two served as medics and helped bring aid to injured protesters.

He said many protesters were hurt by "less lethal" rounds fired by police, including his father who was shot in the arm and is still recovering from nerve damage today.

"It changed who my dad was fundamentally as a person," Hindberg said.

As a food delivery driver, Hindberg said reaction to the car ranges from being cursed out in grocery store parking lots to more warm moments of gratitude.

This story was originally published by KXXV in Waco, Texas.