The San Diego Police Department has released video and body cam footage showing the moment two officers shot and wounded a man who they say pointed a gun at an officer during an attempted arrest Saturday. 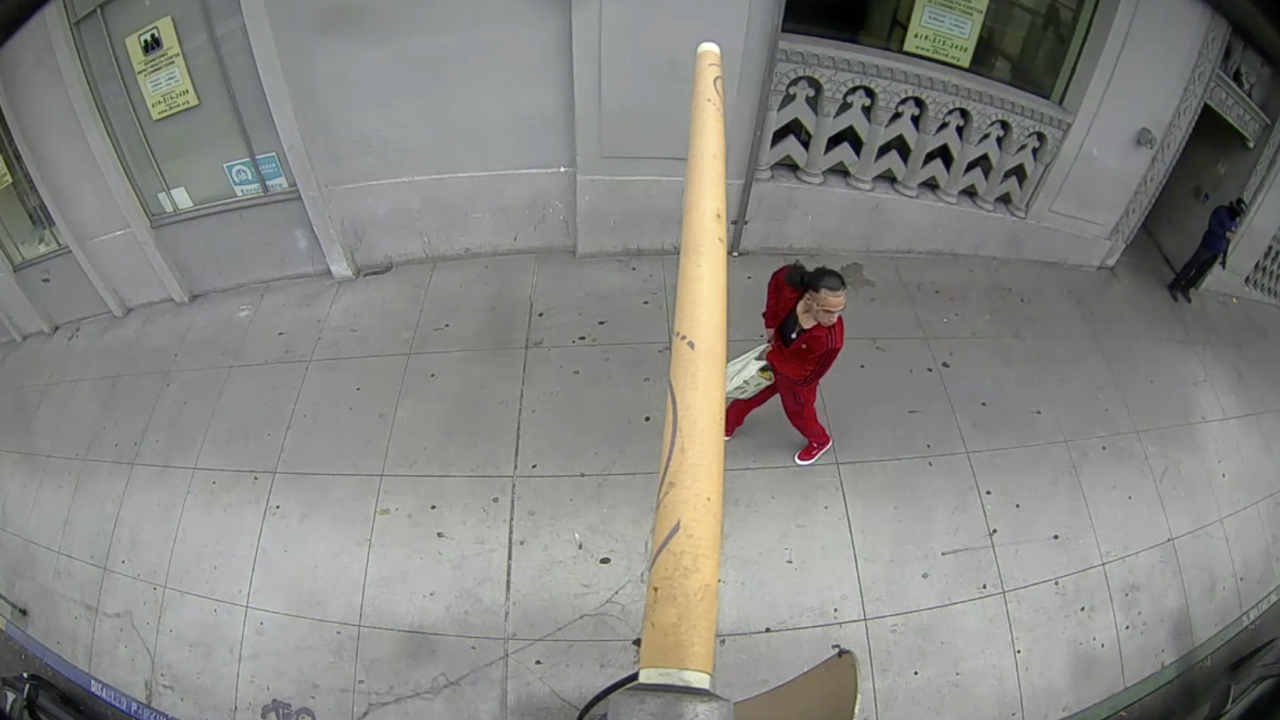 SAN DIEGO — The San Diego Police Department has released video and bodycam footage showing the moment two officers shot and wounded a man who they say pointed a gun at an officer during an attempted arrest Saturday.

"The San Diego Police Department is committed to being open and transparent with the public. The following link is a critical incident video regarding the officer-involved shooting that took place yesterday, June 27, 2020," police said in a release sent to media Sunday.

According to witnesses, shots rang out around 6 p.m. near the corner of 6th Avenue and B Street, a few blocks east of the San Diego Civic Center.

SDPD said that officers spotted a man wanted in connection with a robbery that happened earlier this week. Police said officers tried to talk with the man, but he walked away.

The man then dropped some items from his arms and "reached into his waistband," according to police.
"He produced a handgun and then pointed it at the officers," said SDPD Capt. Rich Freedman. "For fear that they were going to be shot, the officers return fire."

Police have identified the suspect as Leonardo Hurtado Ibarra, 25, of San Diego. He remains in the Intensive Care Unit with life-threatening injuries, according to SDPD Lt. Matt Dobbs.

SDPD released two perspectives of bodycam footage. In both versions, officers are seen approaching Ibarra before telling him to stop and show his hands. One officer yells "gun" before the officers fire their guns.

After SDPD's homicide unit completes its investigation, the case will be reviewed by the county District Attorney's Office to determine if the officers are subject to any criminal liability, according to police.
If any policy violations are discovered, the Internal Affairs Unit will conduct an investigation.

SDPD says the Shooting Review Board will evaluate the tactics used by the officers. The Community Review Board on Police Practices will also review the incident and give any recommendations.

The Federal Bureau of Investigations and U.S. Attorney's Office will monitor the investigations, police added.

San Diego Police could not comment further while the investigation is ongoing.

This story was originally published by Mario Sevilla on KGTV in San Diego.