Portland mayor among those tear gassed by federal agents during protests

Portland Mayor Ted Wheeler was tear-gassed by federal agents on Wednesday night as he stood in solidarity with protesters calling for an end to systemic racism. 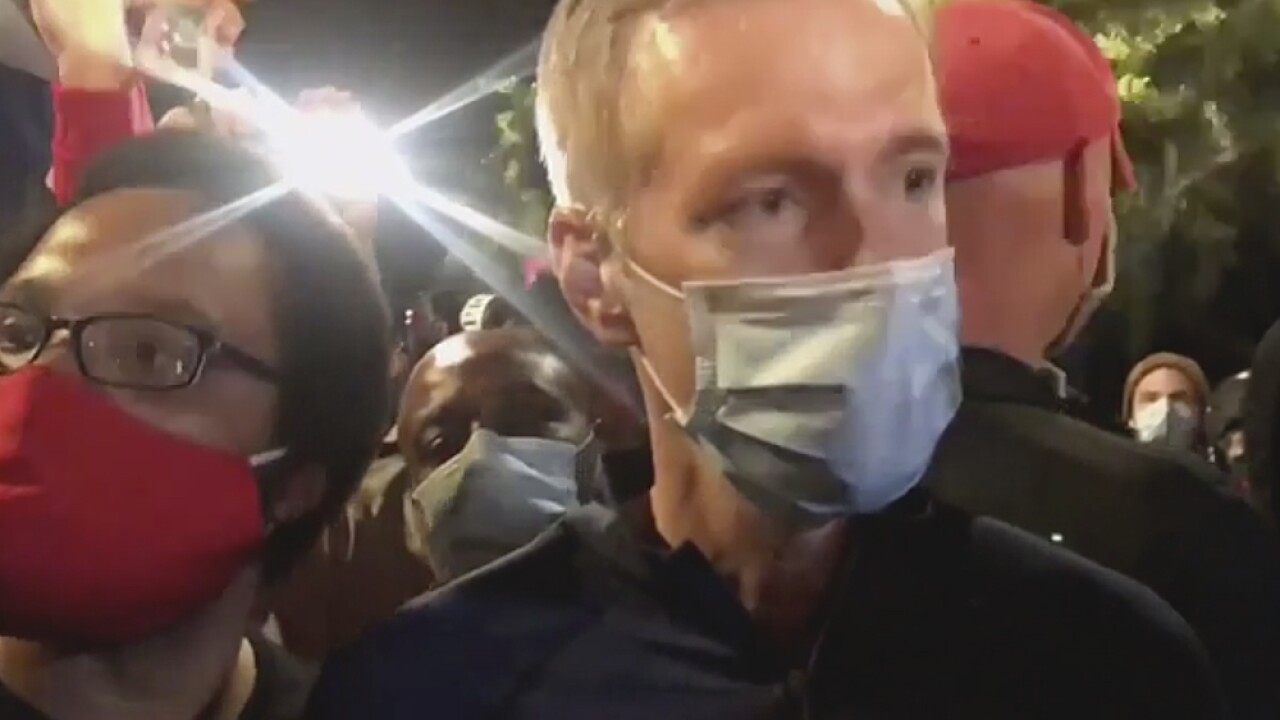 PORTLAND, Ore. — The mayor of Portland, Oregon, was tear gassed by federal agents late Wednesday as he stood with protesters at a fence guarding a federal courthouse.

Mayor Ted Wheeler said it was the first time he'd been tear gassed and appeared slightly dazed and coughed as he put on a pair of goggles someone handed him.

Earlier in the night, Wheeler was jeered as he tried to rally demonstrators who have clashed nightly with federal agents sent in by President Donald Trump to quell ongoing unrest in the city.

"I think it's important for me as the mayor and the police commissioner to be out here where people are demonstrating, hear their concerns, not only about the federal government, but also about our local (government)," Wheeler said.

Though Wheeler stood in solidarity with protesters on Wednesday night, he's faced criticism from protesters from deploying similar tactics against demonstrators prior to the arrival of federal agents.

Wheeler was among 13 mayors of major U.S. cities to sign an open letter to the Trump administration Wednesday, asking that federal agents not be sent to deter crime. Federal agents have been occupying Portland since last week in support of an executive order President Donald Trump signed earlier this year to protect federal monuments and statues.

According to KOIN-TV in Portland, Wednesday night marked the 55th straight night of protests against police brutality in the city.