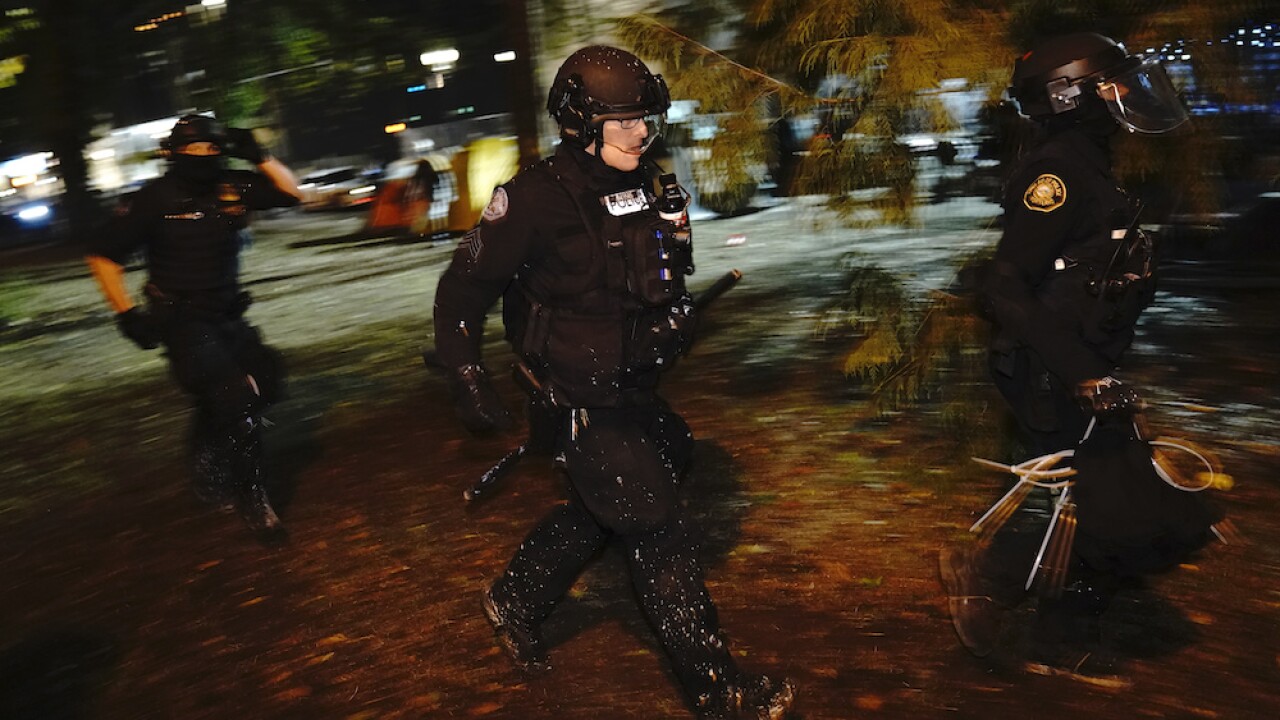 Copyright 2020 The Associated Press. All rights reserved.
John Locher/AP
Portland police run through a park during protests, Saturday, Sept. 26, 2020, in Portland. The protests, which began over the killing of George Floyd, often result frequent clashes between protesters and law enforcement. (AP Photo/John Locher)

The governor said in a series of tweets Sunday evening that she's committed to building trust in the community.

Officers were criticized online over the weekend after a news photographer was seen on video being pushed to the ground by an officer.

I have asked Superintendent Hampton, Sheriff Reese, and Chief Lovell to review any alleged incidents involving officers from each of their agencies during joint operations last night.

I am committed to continuing to do the hard work to build trust in our communities as we work toward police accountability and racial justice.

Another video shows an officer apparently deploying a chemical spray in a man's face.

Police had declared an unlawful assembly during the protest, saying objects were thrown at officers.
Police also seized bear spray, a baton and a drone in separate stops or arrests.

An area of Portland's downtown has been the site of almost nightly protests against police brutality and systemic racism since the early summer.