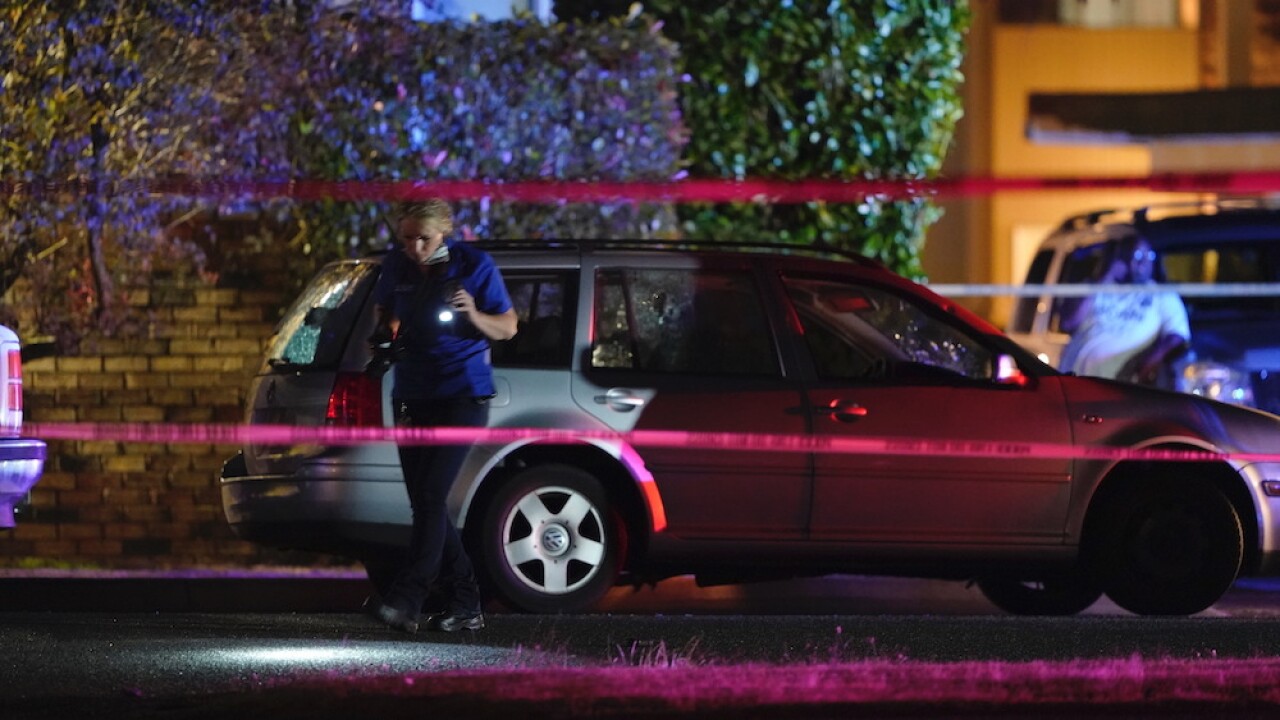 Copyright 2020 The Associated Press. All rights reserved.
Ted Warren/AP
An investigator works at a scene where a man suspected of fatally shooting a supporter of a right-wing group in Portland, Ore., last week was killed as investigators moved in to arrest him in Lacey, Wash., Thursday, Sept. 3, 2020. Michael Reinoehl, 48, was killed as a federal task force attempted to apprehend him in Lacey, a senior Justice Department official said. Reinoehl was the prime suspect in the killing of 39-year-old Aaron “Jay” Danielson, who was shot in the chest Saturday night, the official said. (AP Photo/Ted Warren)

LACEY, Wash. — A man suspected of fatally shooting a supporter of a right-wing group in Portland, Oregon, last week was killed late Thursday as a fugitive task force tried to arrest him in Lacey, Washington.

According to the U.S. Marshals Service, 48-year-old Michael Forest Reinoehl was killed as a federal task force attempted an arrest. He was wanted by Multnomah County (Oregon) Circuit Court on murder charges after allegedly shooting and killing 39-year-old Aaron "Jay" Danielson, a member of the right-wing group "Patriot Prayer," last Friday during clashing protests in Portland.

According to the Marshals, a task force located Reinoehl in Olympia, Washington and attempted to take him into custody peacefully. The federal agents claim Reinoehl brandished a firearm during the encounter, and the Marshals returned with gunfire.

Reinoehl was pronounced dead at the scene. None of the task force members were injured.
On Thursday afternoon, Reinoehl told Vice News that he shot Danielson in self-defense on Saturday, believing that he and a friend were about to be stabbed.

"You know, lots of lawyers suggest that I shouldn't even be saying anything, but I feel it's important that the world at least gets a little bit of what's really going on," Reinoehl told Vice News. "I had no choice. I mean, I, I had a choice. I could have sat there and watched them kill a friend of mine of color. But I wasn't going to do that."

Portland has seen protests nightly for about 100 straight days, dating back to the Memorial Day weekend death of George Floyd in Minneapolis. While some demonstrations have been peaceful, a small area of downtown Portland has been marred by vandalism and violence for several straight months. Protesters have been calling for an end to police brutality and systemic racism in policing.

The demonstrations have been a flashpoint in national politics, as President Donald Trump has repeatedly insisted that Portland Mayor Ted Wheelers and Oregon Gov. Kate Brown send in the National Guard and federal agents to quell the unrest.