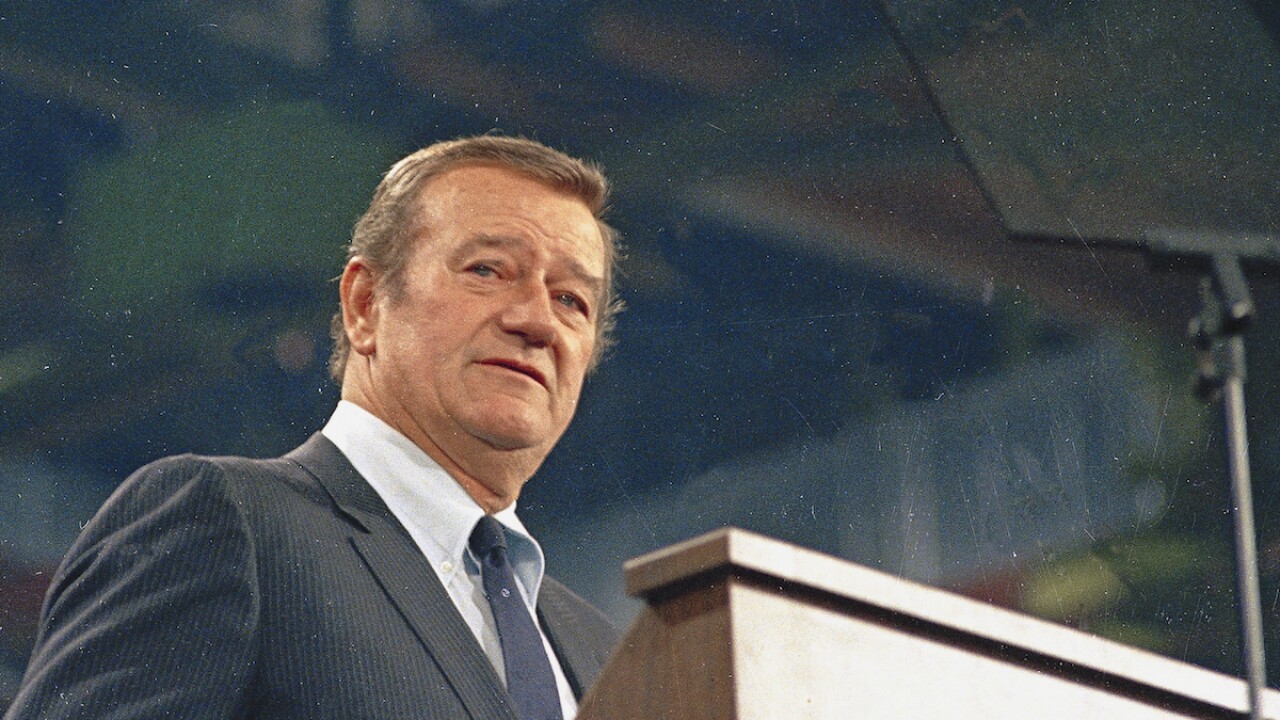 1968 AP
AP
FILE - In this 1968 file photo, actor John Wayne looks on. In the latest move to change place names in light of U.S. racial history, leaders of Orange County’s Democratic Party are pushing to drop film legend Wayne’s name, statue and other likenesses from the county’s airport because of his racist and bigoted comments. (AP Photo/File)

A John Wayne exhibit in the main hall of USC’s School of Cinematic Arts will be removed. The decision comes after renewed visibility of some of the actor’s comments, and recent conversations about removing statues and memorials of those who promoted hateful views.

"Conversations about systemic racism in our cultural institutions along with the recent global, civil uprising by the Black Lives Matter Movement require that we consider the role our School can play as a change maker in promoting antiracist cultural values and experiences," Assistant Dean of Diversity and Inclusion Evan Hughes said in a statement.

While the statement from the University of Southern California did not directly mention it, Wayne’s legacy has been re-examined recently after a 1971 interview with Playboy went viral last year. In the interview, Wayne shared derogatory views of African Americans, Native Americans and films with gay characters.

"I believe in white supremacy until the blacks are educated to a point of responsibility," the actor said during the 1971 interview. "I don't believe in giving authority and positions of leadership and judgment to irresponsible people."

When the interview was widely shared last year, many USC students and others called for the school to remove the Wayne exhibit, according to USC student news outlet Annenberg Media.

USC will retain the materials from the exhibit, and relocate them to the Cinematic Arts Library, where materials from other Hollywood legends are kept for research. “Placing them within the proper archival and research context will allow scholarship to continue on the role that John Wayne’s films played in the history of cinema,” Hughes’ statement said.

USC’s decision comes as the Orange County Board of Supervisors considers removing Wayne’s name and likeness from their regional airport.