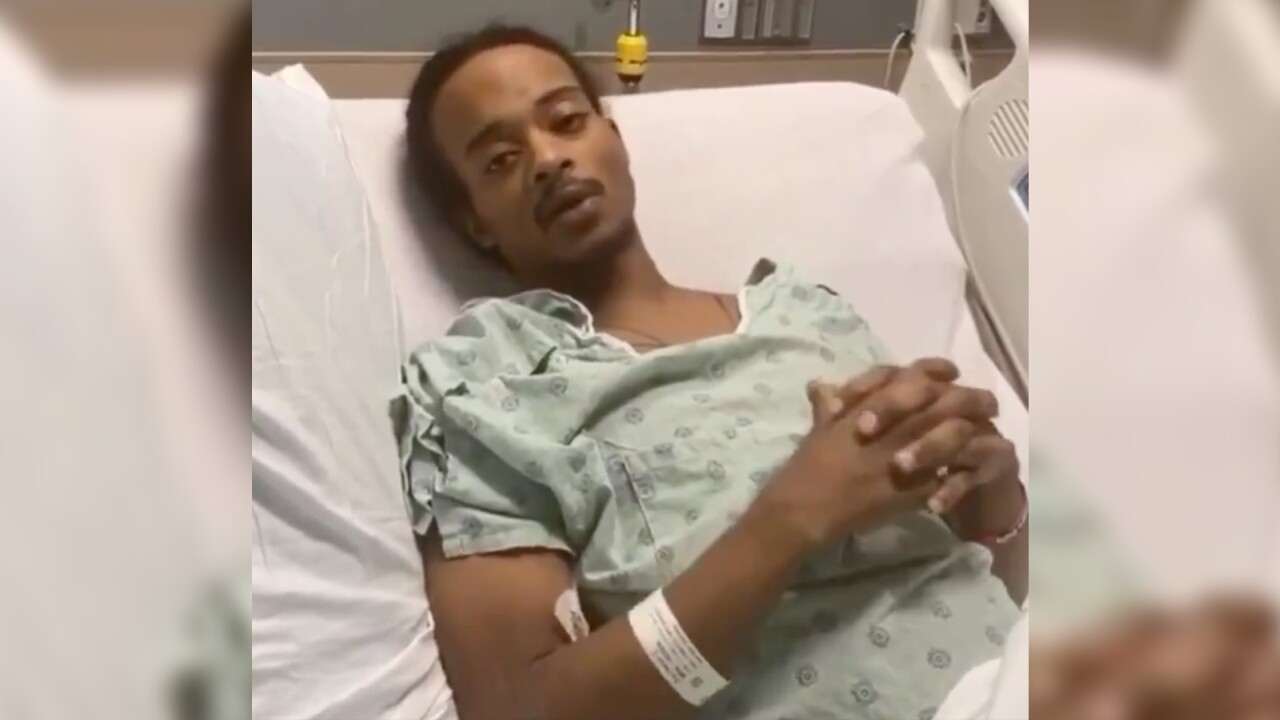 KENOSHA, Wis. – Jacob Blake provided an update from his hospital bed in a video released by his attorney Saturday evening.

In the video, the 29-year-old man who was shot seven times by a Kenosha police officer in August said he’s still in a lot pain.

#JacobBlake released this powerful video message from his hospital bed today, reminding everyone just how precious life is. #JusticeForJacobBlake pic.twitter.com/87CYlgPDBj

Blake remains paralyzed from the waist down.

“Your legs, something that you need to move around and move forward in life, can be taken from you like this,” said Blake.

Still, despite his pain, Blake seemed optimistic about the future.

“There’s a lot more life to live out here, man,” he said.

At the end of the video, Blake urged his supporters to keep fighting.

“Please, I’m telling you, change your lives out there, we can stick together, make some money, make everything easier for our people out here man, cause there’s so much time that has been wasted,” he said.

Blake’s attorney, Ben Crump, claims his client was helping to deescalate a domestic incident when police drew their weapons and Tasered him.

“As he was walking away to check on his children, police fired their weapons several times into his back at point blank range,” Crump said in a statement last week, in which he announced he would represent Blake. “Blake’s three sons were only a few feet away and witnessed police shoot their father.”

Blake’s video comes a day after his attorneys entered a plea of not guilty during a hearing related to several charges filed against Blake, including sexual conduct and disorderly conduct. The Kenosha County District Attorney's Office says those charges were what Blake was wanted for at the time of the police shooting on Aug. 23.

The shooting was captured on camera and received national attention. It was followed by several nights of unrest in Kenosha and other cities across the country as demonstrators continue to protest against police brutality.

The officer who shot Blake has been placed on administrative leave as the shooting is investigated.