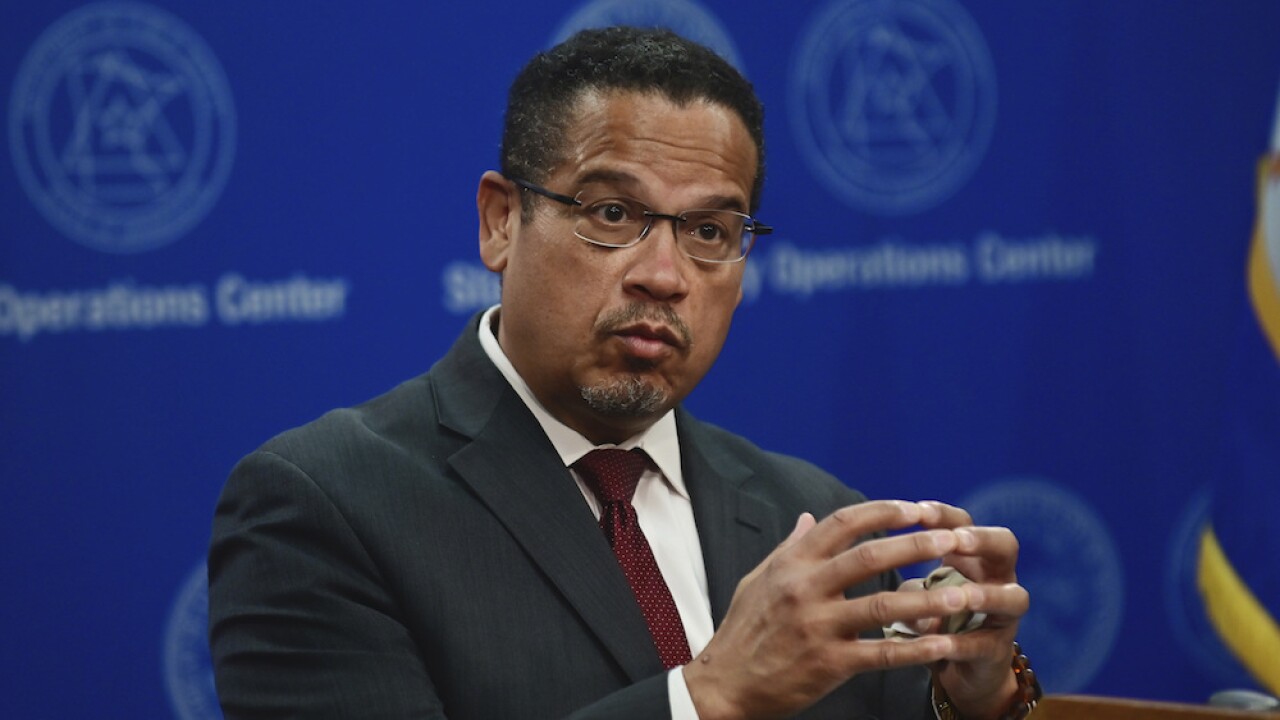 John Autey/Pioneer Press
John Autey/AP
Minnesota Attorney General Keith Ellison answers questions about the investigation into the death of George Floyd, who died Monday while in the custody of Minneapolis police officers, during a news conference in St. Paul, Minn. on Wednesday, May 27, 2020. (John Autey/Pioneer Press via AP, Pool)

The four former police officers who were involved in an arrest that led to the death of George Floyd will asked a judge Friday that their cases be tried separately.

In a hearing scheduled on Friday local time in Minneapolis, attorneys for Derek Chauvin, J. Alexander Kueng, Thomas Lane and Tou Thao asked Judge Peter Cahill that it will be "impossible" to evaluate each individuals' actions "in a vacuum," according to the Associated Press.

According to the Minneapolis Star-Tribune, prosecutors opposed the requests, noting that witnesses and Floyd's family members are likely to be "traumatized" by multiple trials. They also argued that the "interests of justice" necessitate a single trial.

"Here, all four Defendants worked together to murder Floyd: Chauvin, Kueng, and Lane pinned Floyd face-down, while Thao stopped the crowd from intervening, enabling the other Defendants to maintain their positions. Defendants also discussed and coordinated their actions throughout the incident," prosecutors wrote in a court filing, according to The Associated Press.

The Associated Press also reports that the request by the defendants indicates that the officers will seek to blame each other for Floyd's death. Attorneys for Lane and Kueng have already claimed that because their clients were rookies at the time, they were following the lead of Chauvin.

The Star-Tribune also reports that the officers' attorneys sought a change of venue for the trial. Among their concerns about holding the trial in Minneapolis is a "tainted" jury pool.

Judge Cahill took all of the defense's requests under advisement, according to ABC News. He did grant their request that four attorneys for the prosecution be dismissed from the case.

Cahill said Hennepin County Attorney Mike Freeman and the three other attorneys should be dismissed from the case because they discussed autopsy results with the medical examiner, according to ABC.

Defense attorneys have also filed a motion to dismiss the case, but the Star-Tribune reports that the judge is unlikely to discuss that motion Friday.

Floyd died as officers attempted to arrest him for allegedly using counterfeit bills to buy tobacco on Memorial Day weekend. Bystander video showed Chavin kneeling on Floyd's neck for more than eight minutes as Floyd cried for help. All four officers were fired in the days following Floyd's death.

Floyd's death sparked a massive wave of protests against police brutality and systemic racism across the country.