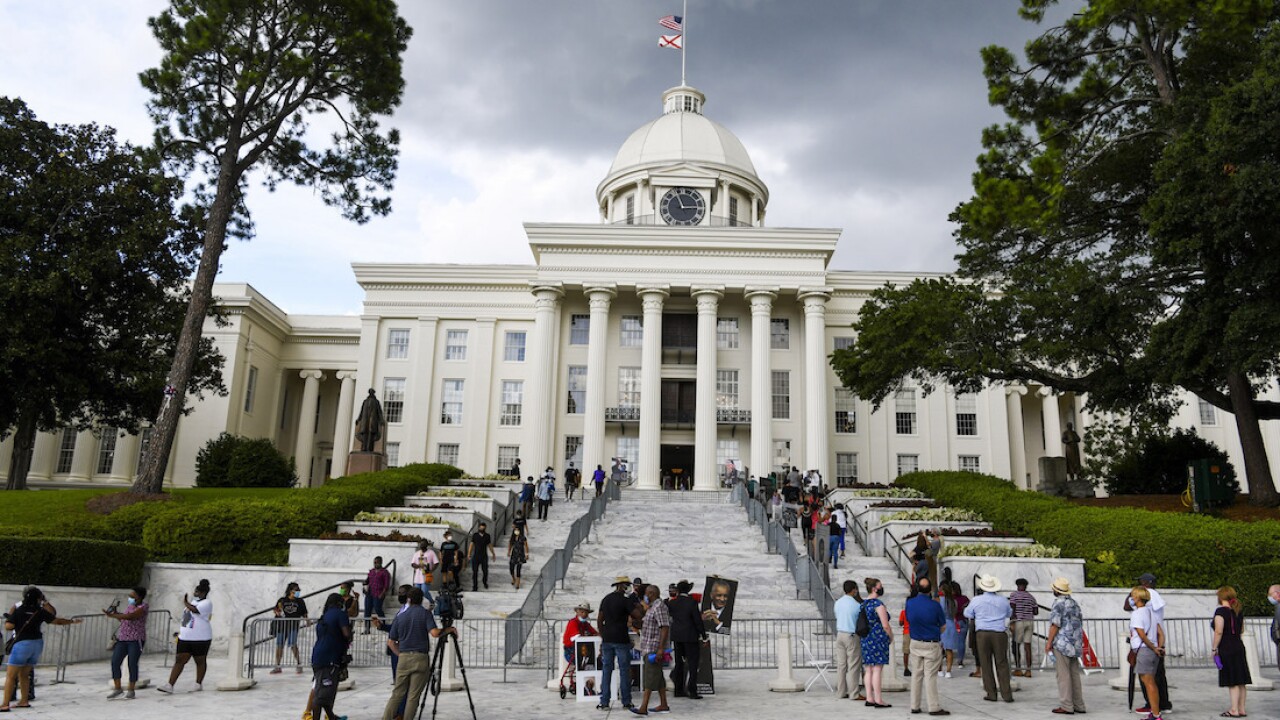 Copyright 2020 The Associated Press. All rights reserved.
Julie Bennett/AP
FILE - In this July 26, 2020, file photo, mourners gathered at the Alabama Capitol following the death of Rep. John Lewis. Alabama voters will decide whether to remove racist, segregation-era language from the state's 1901 Constitution in the upcoming election. If approved, the measure would go back to legislators and another statewide vote. (AP Photo/Julie Bennett, File)

BIRMINGHAM, Ala. (AP) — Alabama voters have approved a measure that would begin the process of deleting racist language from the state's 119-year-old constitution.

Voters in the majority white, the conservative state rejected similar proposals twice since 2000.

With more than 1.7 million votes cast, the amendment passed with 67% support on Tuesday, the Associated Press reported.

That means more than 585,000 people voted against it, the AP reported.

The 1901 Alabama Constitution was approved to entrench white supremacy as state law.

Courts have long since struck down the legalized segregation. But language banning mixed-race marriage and mandating school segregation remains.

Backers view the phrasing as an embarrassment and potential roadblock to economic development.

According to the AP, the document has been amended 948 times and is considered the nation’s longest constitution.