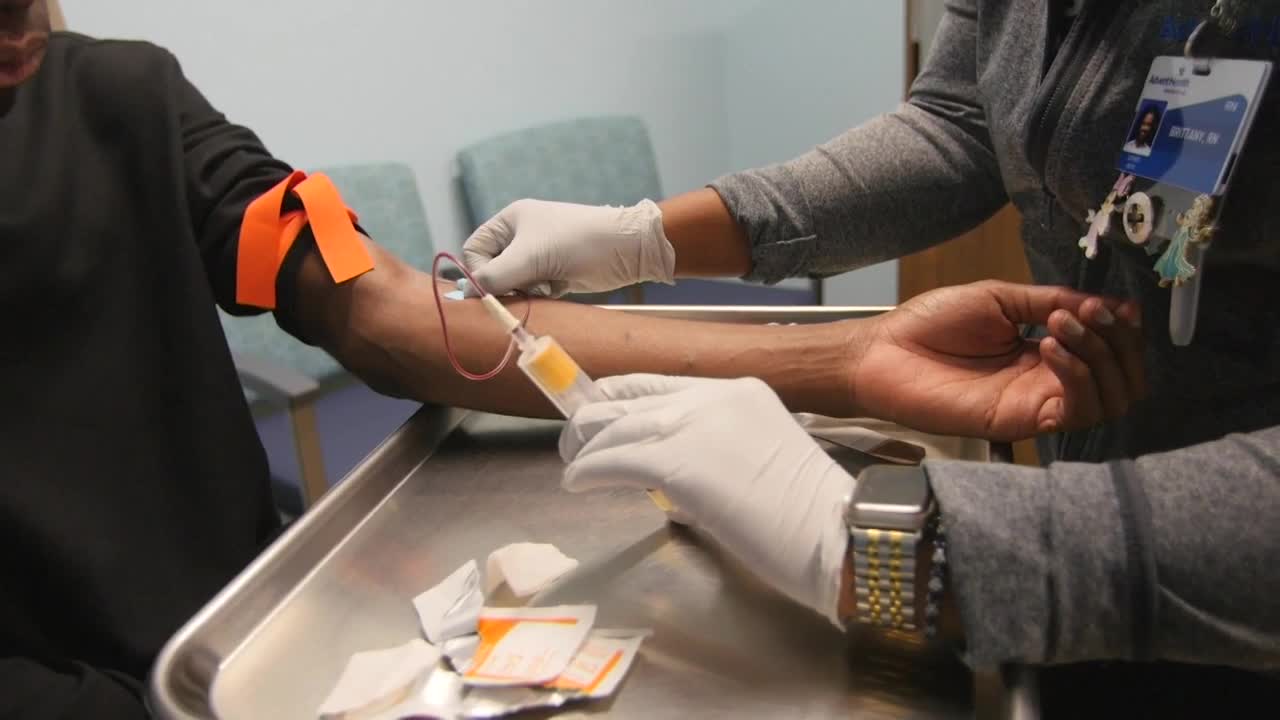 ORLANDO, Fla. (NBC/WESH) - An 8-year-old Orlando boy saved both his brother and sister's lives by donating his bone marrow to cure their life-threatening disease.

The Aihe (eye-he) family is especially tight knit and for good reason.

The youngest of these siblings, 8-year-old Stefan, donated his bone marrow to his big brother, 22-year-old Kingsley, and his sister, 13-year-old Vanessa.

The older children were born with sickle cell disease -- a deadly illness that decreases blood and oxygen flow throughout the body and can be excruciating to live with.

Vanessa was given a transplant from Stefan a few years ago and is also cured.

Stefan is a young man of few words, but his mom says he was thrilled to donate to his siblings.

"I feel like god made it happen for us so, so we were blessed," said mother Nikki Aihe.

Dr. David Shook says a bone marrow transplant is the only cure for sickle cell disease and has a 95 percent success rate.

When the Aihe family decided to pursue the procedure the doctor said he was stunned to learn young Stefan was a match for both his older siblings.

"It's incredibly rare to have the same donor give to two different siblings. You know, to match is uncommon, but it's not impossible," said Shook, a bone marrow transplant specialist.

The Aihes and Shook say they want people to know there is a cure for sickle cell disease and also to encourage everyone to consider becoming a registered donor.

Like young Stefan, you may end up saving a life.