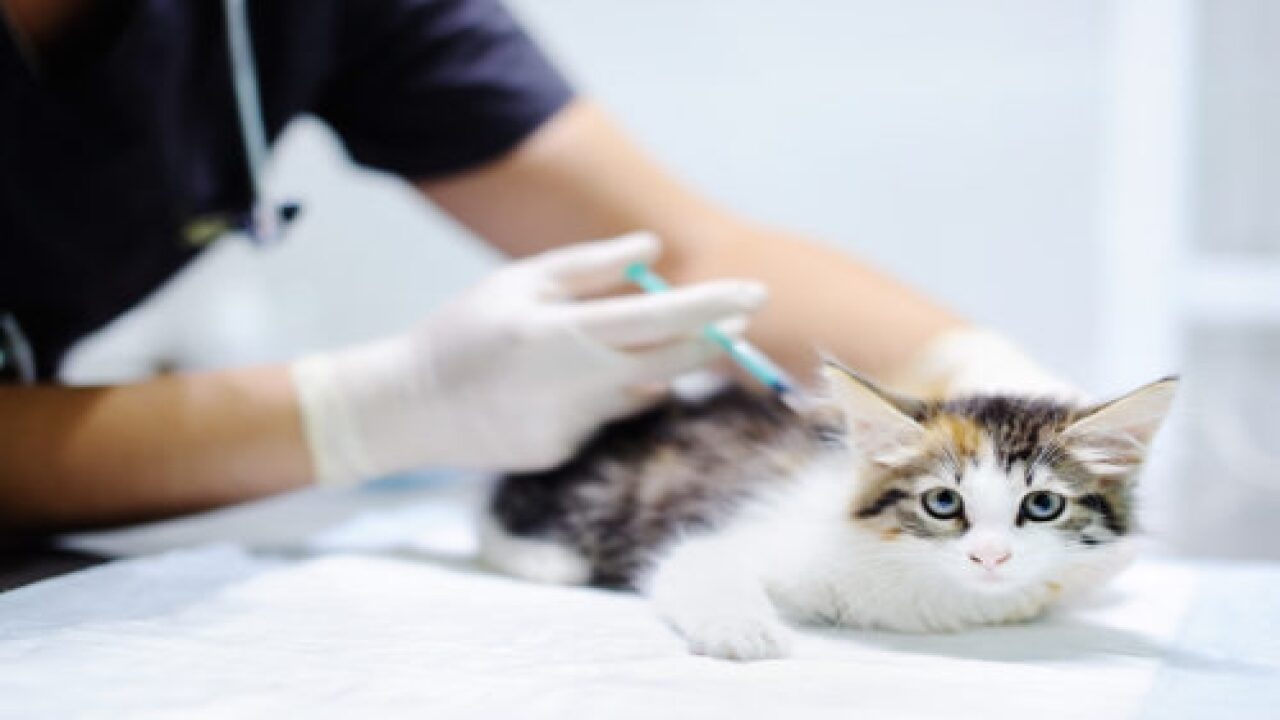 Our days of sneezing when there’s a cat nearby may soon be reduced.

Researchers at University Hospital Zurich in Switzerland have published a study claiming they have produced a vaccine that is given to cats to lower human allergic reactions to their fur, such as sneezing, congestion and rash.

The study, published in the Journal of Allergy and Clinical Immunology in July, says the vaccine works to reduce a protein cats secrete through skin and saliva called Fel d 1. That protein stays on the dry skin of cats that falls off (dander), which is why those with an allergy to it will sneeze or react even when a cat is no longer in the space affected.

At least one in 10 people is thought to be allergic to cats! That means a lot of cats don’t find their forever homes thanks to human allergies.

If the particles from cat hair and dry skin get into a person’s airway, the body may think it is under attack and trigger a rush of histamine. The immune system goes into attack mode, which is what causes the sneezing or watery eyes and may even lead to the development of asthma.

The new Fel-CuMVTT vaccine is injected into the cat to reduce the amount of Fel d 1. It induces high levels of antibodies in the cats, which bind and neutralize the allergen. The vaccine basically immunizes the cat against itself!

“The vaccine was tested in more than 50 cats to date and induced a strong and sustained immune response against Fel d 1 in all animals,” the study’s authors wrote. “No severe clinical signs, skin irritation at the site of injection, or changes in food consumption or behavior were observed.”

In the study’s conclusion, the researchers state, “Both human subjects and animals could profit from this treatment because allergic cat owners would reduce their risk of developing chronic diseases, such as asthma, and become more tolerant of their cats, which therefore could stay in the households and not need to be relinquished to animal shelters.”

The studies are being supported in part by a Swiss biotech firm called HypoPet that was spun off from the University of Zurich. The researchers hope that the injection-based vaccine, marketed as HypoCat , could be available within three years .

“This work was a key step in the milestone-driven development of HypoCat, the lead project in our product pipeline,” said Dr. Gary Jennings, CEO of HypoPet AG, in a statement . “Moreover, our development partner Benchmark Holdings recently announced successful completion of other key safety and efficacy trials and transfer of the HypoCat manufacture process to GMP [Good Manufacturing Processes]. Consequently, we are pressing ahead with registration studies and discussions with European and U.S. regulators with the hope of bringing this much-needed product to the market.”

Cat allergies may be on the way out (at least to some degree) — and that’s pretty cool news!

This story originally appeared on Simplemost . Checkout Simplemost for other great tips and ideas to make the most out of life.