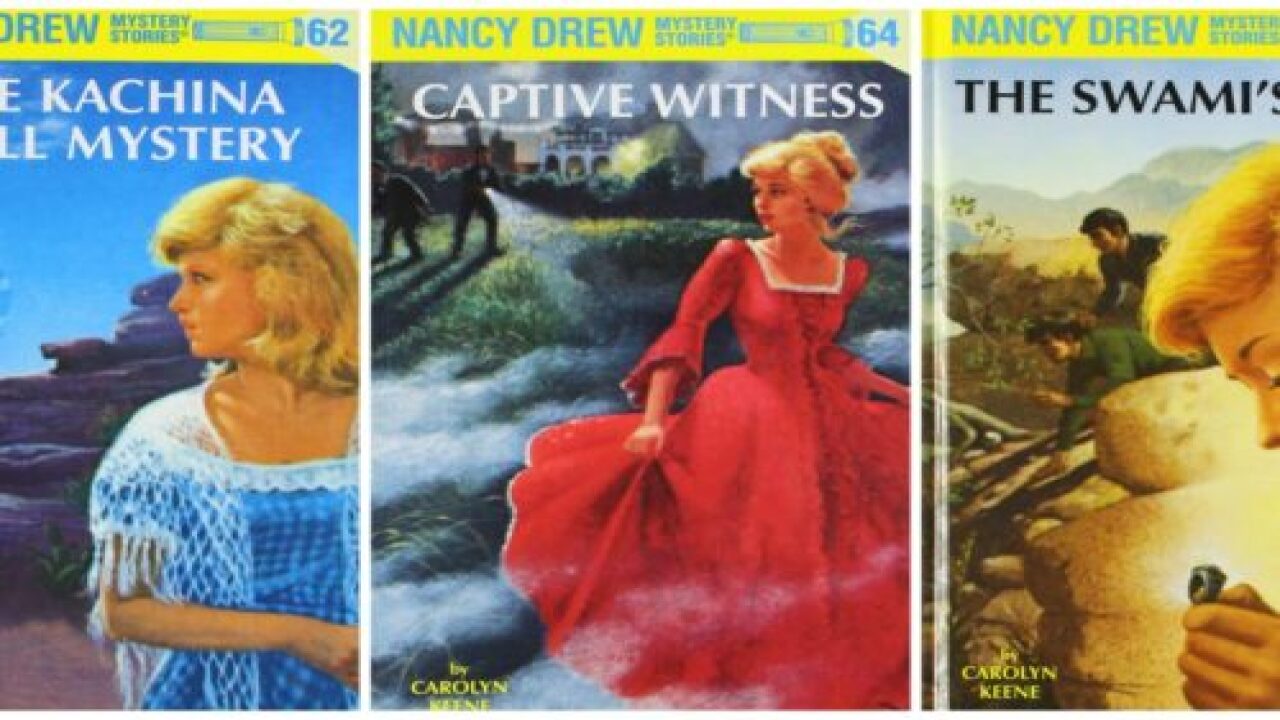 The products and services mentioned below were selected independent of sales and advertising. However, Simplemost may receive a small commission from the purchase of any products or services through an affiliate link to the retailer's website.

Since the first “Nancy Drew” book was published in 1930, kids and adults alike have devoured stories about the clever detective and her pals Bess and George. Since then, over 600 Nancy Drew titles have been released, along with several movies, television shows and even PC games that feature the spunky sleuth’s adventures.

Now, in celebration of the series’s 90th anniversary, we present seven things you may not know about Nancy Drew and her creators:

1. Critics Panned The Series When It First Came Out

Librarians, educators and parents weren’t fans of “Nancy Drew” in the early days of the series. Some complained that it was too “formulaic” and that it would have a negative impact on young readers and their future book choices. Nonetheless, the books’ popularity grew and, formulaic or not, it got young people reading.

2. Carolyn Keene Is A Pseudonym

Keene’s name is well-known to girls who devoured “Nancy Drew” books in their youth, but it’s actually not the author’s real name. In fact, there were actually several writers who authored various titles in the series, all of whom worked under the Keene pen name.

We do know the real names of some of the authors, such as Mildred A. Wirt Benson (who wrote 23 of the earliest books in the series) and Nancy Axelrod. Many of the books were even written by male authors, including Leslie McFarlane, who also penned books in the “Hardy Boys” series.

Edward Stratemeyer was behind several iconic adolescent book series, including “The Bobbsey Twins” and “The Hardy Boys,” along with “Nancy Drew.” Today, many of these books are considered to be prized vintage finds, as you can see in the @book_art_by_melody Instagram post below.

As for “Nancy Drew,” Stratemeyer laid out his vision for the series and then hired a team of ghostwriters to help bring his characters and plots to life. Eventually, even his own daughter, Harriet Stratemeyer Adams, wrote several of the books in the series.

I was looking for small red hardcover books to fold hearts into and came across these beauties! The Bobbsey Twins came out in the 60’s… I remember reading them! The books I picked up today are an 80’s edition… 40 years old and like new, they look like they have never been read. I think they deserve to be magically turned into a piece of art ð#bookartbymelody #bookfolding #recycledart #bobbseytwins

4. Nancy Drew Was An Antidote To ‘Namby-Pamby’ Girl Characters

Although the “Nancy Drew” series was the work of several authors, Mildred A. Wirt Benson was undoubtedly the creative force that helped form Nancy Drew into the smart, daring detective we all know and love. In some of the earliest books in the series (“The Hidden Staircase,” “The Secret at Shadow Ranch” and “The Clue in the Crumbling Wall”), Benson ensured that her Drew was no “namby-pamby” girl. An adventurous spirit in her own right, Benson wanted girls to have a strong female role model who wasn’t afraid to get dirty.

“I sort of liked the character from the beginning,” the author told the New York Times in a 1993 interview. “Now that kind of woman is common, but then it was a new concept, though not to me. I just naturally thought that girls could do the things boys did.”

5. There Was Drama in Later Years Over Nancy’s Character Changes

Inevitably, over the years, with so many different ghostwriters and spinoffs, Nancy Drew’s character changed slightly, and it did not always please Stratemeyer’s daughter, author Harriet Adams. In fact, Adams wrote a stern letter to an editor of the series about being displeased with Drew’s development.

“I feel you overstepped your position in trying to revamp Nancy’s character,” she wrote. “She is not all those dreadful things you accuse her of and in many instances, you have actually wanted to make her negative. And don’t forget, every Shakesperian tragedy has plenty of humor in it!”

6. Nancy Drew Has Some Impressive Fans

Many powerful women have cited Nancy Drew as one of their favorite fictional heroines, with politicians like Sandra Day O’Connor, Sonia Sotomayor, Hillary Clinton and Ruth Bader Ginsburg saying they loved the series when they were young girls.

7. Nancy Pelosi Was Proud To Share The Detective’s Name

House Speaker Nancy Pelosi is another Nancy Drew fan, and she recounted in an interview with the New York Times that she was pleased to have the same first name as the sleuth.

“I read many of the books when I was young,” Pelosi reminisced. “I remember how proud I was that her name was Nancy.”

Find the complete “Nancy Drew” series on Amazon, or check your local library. Here’s to 90 years of our favorite clever, daring detective!