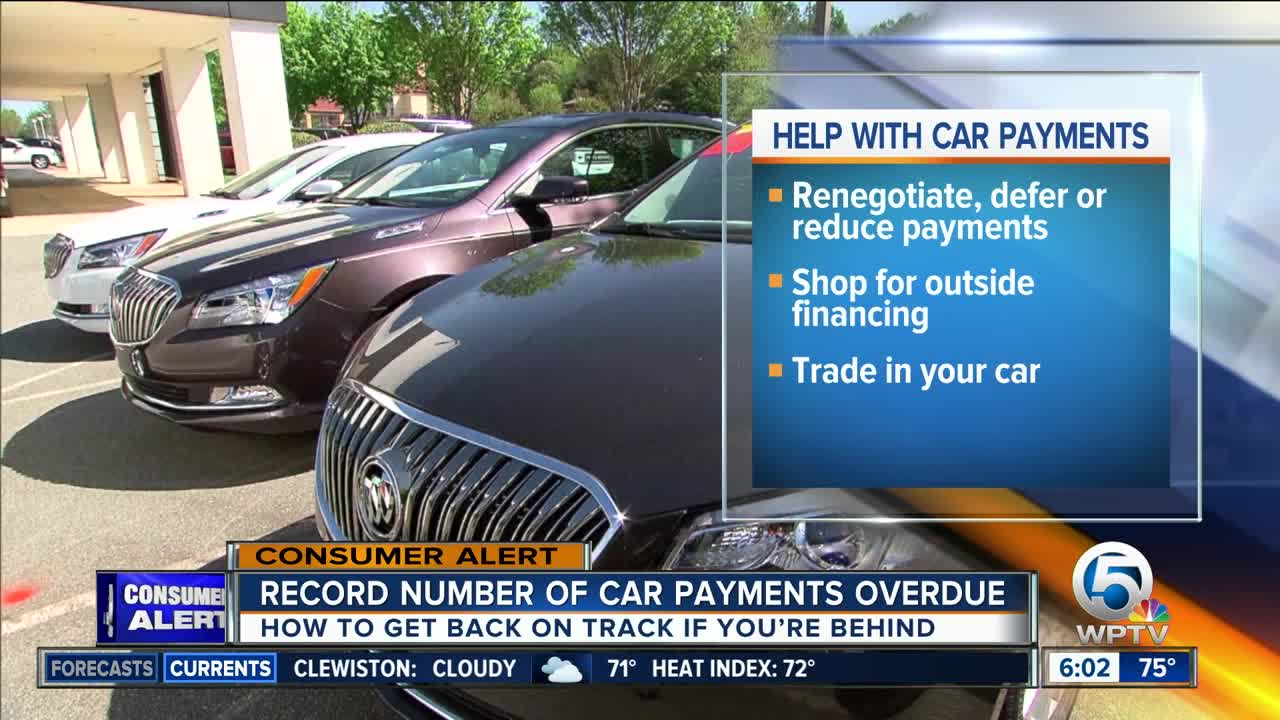 Borrowers are behind in their auto loan payments in numbers not seen since delinquencies peaked at the end of 2010, according to the Federal Reserve Bank of New York.

DETROIT (AP/WPTV) — Borrowers are behind in their auto loan payments in numbers not seen since delinquencies peaked at the end of 2010, according to the Federal Reserve Bank of New York.

More than 7 million Americans were 90 or more days behind on their car loans at the end of last year, 1 million more than eight years ago, according to a report from the bank. That's a potential sign of trouble for the auto industry and perhaps the broader economy.

The New York Fed reported that auto loan delinquency rates slowly have been worsening, even though borrowers with prime credit make up an increasing percentage of the loans. The 90-day delinquency rate at the end of 2018 was 2.4 percent, up from a low of 1.5 percent in 2012, the bank reported. Also, delinquencies by people under 30 are rising sharply, the report said.

But economists and auto industry analysts say they aren't sounding an alarm yet. The number is higher largely because there are far more auto loans out there as sales grew since the financial crisis, peaking at 17.5 million in 2016. The $584 billion borrowed to buy new autos last year was the highest in the 19-year history of loan and lease origination data, according to the report.

Other signs still point to a strong economy and auto sales that will continue to hover just under 17 million per year for the near term.

"I think it's a little too soon to say that the sky is falling, but it's time to look up and double check to make sure nothing is about to hit you on the head," said Charlie Chesbrough, senior economist for Cox Automotive.

U.S. consumers have about $1.27 trillion worth of auto debt, which is less than 10 percent of the total consumer borrowing tracked by the New York Fed. Mortgages and student loans are both larger categories than auto debt.

The jump in unpaid auto loans is a worrying sign for low-income Americans, though not necessarily a sign that an economic downturn is near.

"The substantial and growing number of distressed borrowers suggests that not all Americans have benefited from the strong labor market and warrants continued monitoring and analysis of this sector," researchers at the New York Fed concluded in a blog post.

Prices are high because people are switching in dramatic numbers from lower-priced sedans to more expensive SUVs and trucks. Because they keep the vehicles longer, they're loading up the rides with luxury options such as leather seats, sunroofs, high-end sound systems and safety technology. Also, the Federal Reserve has been raising interest rates, causing auto loan rates to go up.

Jeff Schuster, a senior vice president at the forecasting firm LMC Automotive, said the higher prices and payments mean that some people may have taken on more than they can handle. "Not that they're unemployed or they can't afford a vehicle," Schuster said. "They may have bought too much of a vehicle."

Schuster said that by itself, the rising delinquency rate isn't cause for alarm because unemployment remains low and economic growth has been "chugging along," factors that contribute to the ability to make auto loan payments.

Analysts say that people are reluctant to default on vehicle loans. After all, they need their cars to get to work, pick up children at school and run errands.

"A car is your ability to participate in the economy," said Signe-Mary McKernan, an economist and co-director of the opportunity and ownership initiative at the Urban Institute, a think tank based in Washington, DC.

McKernan said that when purchasing a vehicle on credit, she recommends having an alternative loan option from your bank or credit union before agreeing to the terms provided by a dealership. She also said that people facing late payments should contact their creditor as quickly as possible and get any agreements on repayment in writing.

If you are behind on your loan payments or worried about affording a loan, follow these tips: