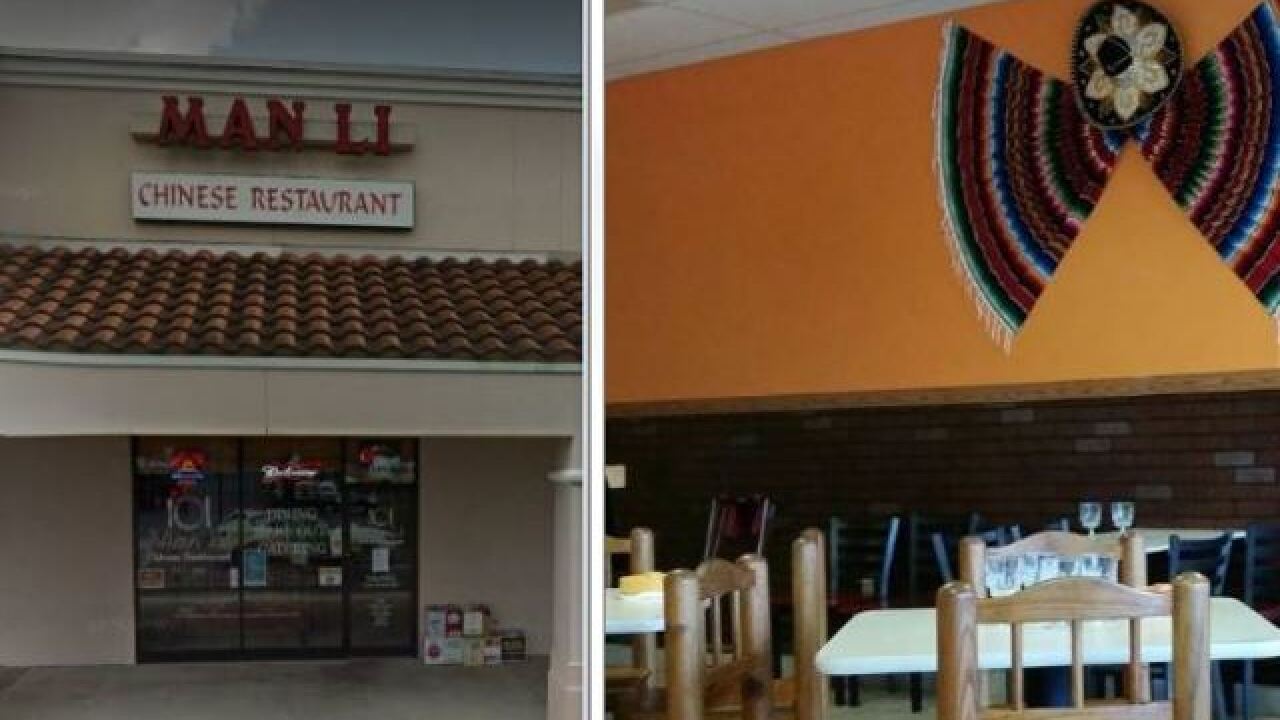 Copyright 2017 Scripps Media, Inc. All rights reserved. This material may not be published, broadcast, rewritten, or redistributed.
&lt;p&gt;Picture shows exterior of Manli Chinese Restaurant in Hobe Sound and the interior of Fiesta Mexican restaurant in Port Saint Lucie&lt;/p&gt;

A Chinese restaurant in Hobe Sound and a Mexican place in Port St. Lucie were among more than 30 restaurants that were forced to close after state health inspectors visited unannounced.

Man Li Chinese Restaurant on SE Bridge Road in Hobe Sound had to temporarily close its doors when a state inspector noticed dozens of rodent droppings during a June 21 visit.

The restaurant was also cited for less severe violations including soil buildup on the kitchen floors and sanitizing solution that was found to be not at the proper strength.

A day later when the inspector stopped by for a follow-up inspection, there were still several droppings and soil buildup on the kitchen floor, according to the report.

After the droppings were cleaned up, the restaurant was allowed to reopen.

The restaurant manager tells WPTV that roof work at an adjacent business gave the rodents access to his business and that an exterminator was called as soon as the issue was detected.

Fiesta Mexicana on NW Selvitz Road in Port St. Lucie had to be shut down on June 22 after an inspector cited the Mexican restaurant for 18 violations, including three high priority ones.

Nearly two dozen roaches were spotted on the wall near the prep table and under the reach-in cooler. There were issues with meats not being kept cool enough, leading the inspector to issue a stop-sale order.

The inspection report also mentions that a black, green mold-like substance was found around the soda dispensing nozzles and in the sink.

A day later during the follow up inspection, just three minor violations remained and the restaurant reopened.