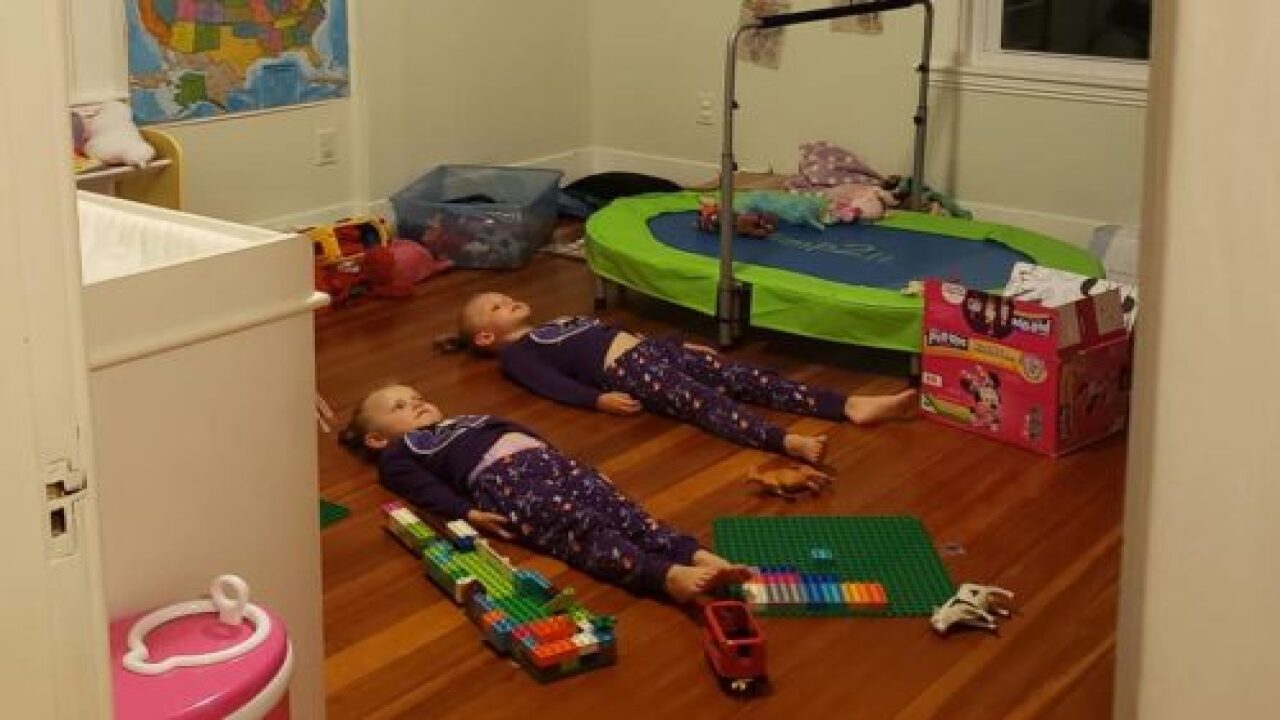 As any parent can tell you, getting your kids to slow down and stay still can be quite a challenge. One mom came up with a brilliant hack to help get her kids to chill out, and you’re going to want to steal it – stat.

When Jessica D’Entremont returned from a long day out with her two daughters, they were totally overstimulated. Emma, 4, and Hannelore, 3, were running around the house and on the brink of a meltdown when their mom came up with the genius idea to tell them they needed to lie very still in order to charge up their glow-in-the-dark pajamas.

“The kids were jumping and running around, chasing each other with dragons they made out of LEGOs,” D’Entremont told PopSugar. “Both of my girls have sensory processing disorders and we had a very busy day. Our walk home threw them all off due to the crowds, noise and the shopping. They were about to start freaking out, so I whipped out the pajamas once we got home and told them if they lie super still and charge them they would glow in the dark.”

“Looking for a way to keep your kids still …” she wrote alongside a photo of the effective trick in action. “Buy them glow in the dark PJs. Tell them they have to lie really still under the light to ‘charge’ them …”

“I’m not even sorry,” she added, along with some crying laughing emojis.

Later, she updated the post to let everyone know that she’s taken her white lie one step further:

“To expand on the trickery I’ve started putting the PJs back into their drawer when they get dressed in the morning … unexposed to light all day they dim and do not glow in the dark when they tried to test me last night until they laid again,” she wrote. “Reinforcing the need to lie quietly under the light before bed. Again #notevensorry.”

D’Entremont has now incorporated the trick into the kids’ bedtime routine, and they think it’s a lot of fun.

Here’s an image of the Emma and Hannelore from their mom’s Facebook page, looking like they’re definitely going to need their sleep after such a fun day out:

“I think it’s nice sometimes to see something just innocent and playful and relatable,” D’Entremont told Today Parents of why she believes her post was so popular. “What parent doesn’t want five minutes of quiet? I think everyone — parents, grandparents, aunts and uncles, nannies and babysitters, teachers, anyone who is around kids — just got it.”