Man Brought 300 Dogs Home To Protect Them From Hurricane 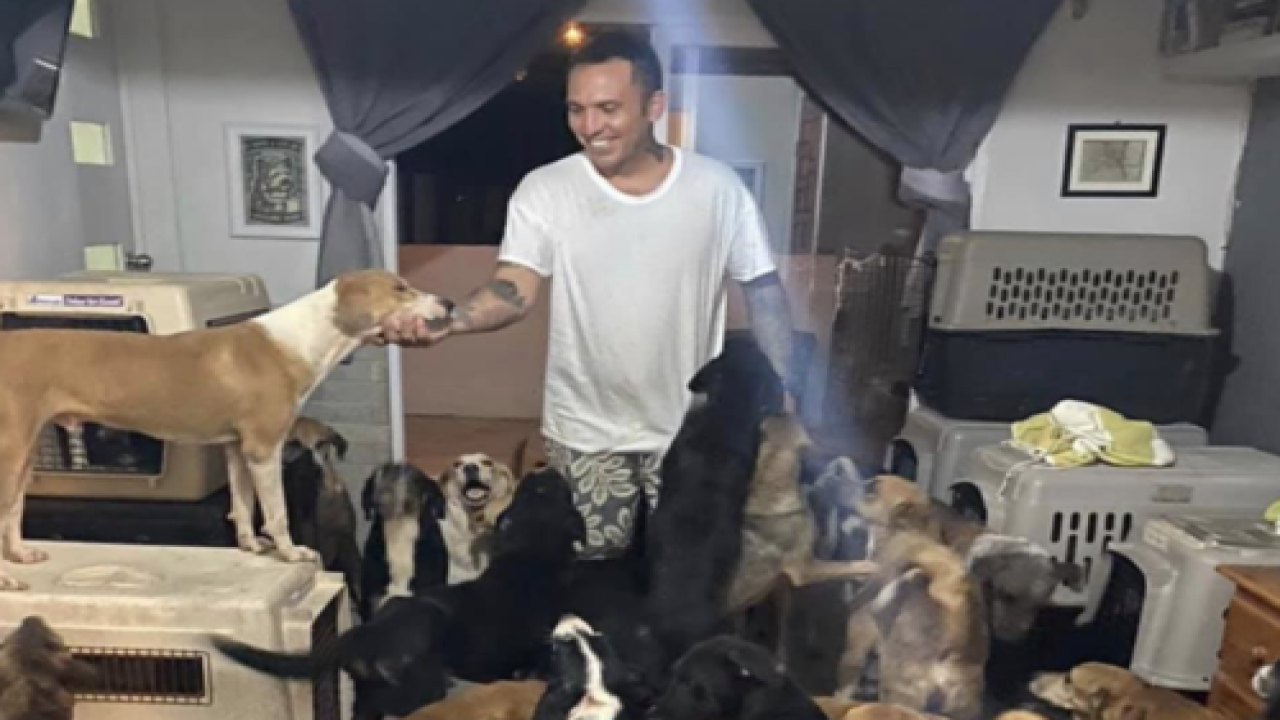 It’s not a case of “Who let the dogs out?” but who let them in at a Cancun animal rescue.

When Hurricane Delta threatened the Cancun area in early October, Tierra de Animales founder Ricardo Pimentel sheltered close to 300 dogs in his home during the storm. That’s because the dogs’ normal shelter wasn’t hurricane-proof, and Pimentel was worried about their safety during the anticipated Category 4 storm.

It took quite a lot of time to round up the dogs and bring them inside. Besides the canines, dozens of cats sat the storm out in Pimentel’s son’s room while chicks, bunnies and hedgehogs bunked in his daughter’s room. The patio was reserved for sheep, according to an Associated Press story.

Hurricane Delta ended up being a Category 2 storm when it passed over Cancun, so thankfully Tierra de Animales did not sustain extensive damage. But after a day with so many animals cooped up inside, Casa de Pimentel didn’t smell very good, though the animals were “well-behaved” enough.

“It doesn’t matter if the house is dirty, it can be cleaned,” he told AP. “The things they broke can be fixed or bought again, but what’s beautiful is to see them happy, healthy and safe, without wounds and with the possibility of being adopted.”

During the last week of October, another hurricane, Zeta, threatened the area — and Pimentel brought the animals inside his home again. You can see a recap video of their stay on his Facebook page.

And as Pimentel put it in an Oct. 17 Facebook post, it’s not the first summer he’s sheltered rescue animals in his house during a hurricane. Back in 2010 during Hurricane Paula, there were “77 dogs in the house, 10 cats and some hens in [daughter] Luna Pimentel’s room,” the dog rescuer said, making this summer “normal.”

Luckily, Pimentel shouldn’t have to do extra house cleaning for much longer. Tierra de Animales is building hurricane-proof shelters that will allow the dogs and other animals to shelter-in-place and not in a human home for the next hurricane season.

Not that Pimentel’s family seems to mind, as Tierra de Animales is a family affair. Here you can see his son Lucas helping to feed the animals.

Volunteers have helped clean up storm debris after each hurricane. The sanctuary relies on donations to help keep the animals fed and the rescue organization operating. Donations also helped supply hurricane-shelter materials and labor.

As this season turns out to be the busiest storm-wise, let’s hope for the sake of Pimentel’s home floors that he doesn’t have to bring all the dogs and other animals in again. But we’re glad he’s willing to if need be!