Who's that band? Your guide to the musical acts playing SunFest 2019 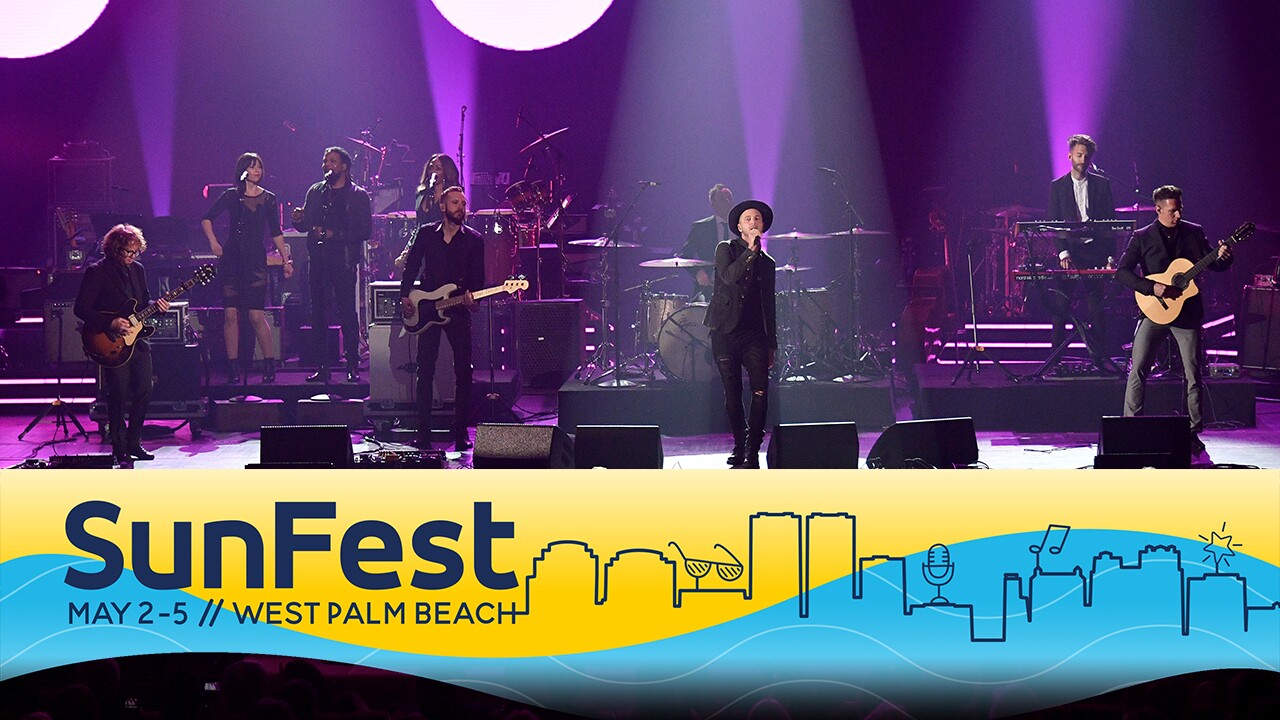 SunFest includes an eclectic mix of musical acts this year that span many different genres. Some of the bands are well known to most, others may have you asking, "Who is that?"

Here is a brief guide to all of the bands and a look at their most popular song so you can sample before you decide who to see. We're breaking it down by day and stage-by-stage below.

There are a lot of video embeds in this story, so please be patient while they load.

7 p.m. Nightly (alternative / pop). This band is from Tennessee and their most popular song is "XO."

5:15 p.m. Lochness Monster (alternative). This is a newer band from Miami, Florida with a 90s alternative sound. One of their popular songs is called "Pixie Cut."

6:30 p.m. Hawthorne Heights (alternative rock). This Ohio band has an "emo teenager" feel from the early 2000s. Their most famous song is "Ohio is for Lovers."

8:15 p.m. Big Gigantic (hip hop). Instrumental electronic, hip-hop and jazz duo from Colorado. One popular song is "Get On Up."

6:15 p.m. SplytSecond (rap/hip hop). Famous for being a quick-tongued lyracist. The song "Godspeed" is a good example of this.

7:30 p.m. Dounia (hip hop). Instagram model turned musician. One of her popular songs is "How I See It."

8:30 p.m. Anthony Russo (pop), an LA based singer performs followed by the famous rapper G-Easy at 9:30 p.m. on the same stage. The song "Rewind" is a collaboration between the two artists.

6 p.m. Alexander Star (pop). Emmy nominated singer and songwriter from Florida. One of his popular songs is "This Is My Era."

6 p.m. Spred the Dub (reggae). From South Florida, one of their popular songs is "Who Knows."

7:15 p.m. Magic City Hippies (pop/hip hop). From Miami, some reviewers compare this band to Maroon 5. "Fanfare" is one of their most popular songs.

9 p.m. Rebelution (reggae). This well known California reggae band plays often in South Florida. "Feeling Alright" is one of their most popular songs.

9:30 p.m. Diplo (EDM). World famous DJ and producer. Among his hits is "Close To Me" featuring Ellie Goulding.

6 p.m. AfterMidNite (rock pop). From South Florida, a popular song is "In The Morning (BRB)."

7:30 p.m. Des Rocs (alternative). This New York band has a grungy, indie feel. Their song "Used to the Darkness" has more than a million views on YouTube.

2:15 p.m. Fortunate Youth (reggae). "Burn One" is a popular song from this California band.

3:45 p.m. Iration (reggae). Also a California band, they play in Florida a lot too. "Time Bomb" is one of their popular songs, but they have a lot.

6:15 p.m. Antonio Camelo (reggaton/Spanish). New artist. "Stuck on You" is a popular song.

7:30 p.m. MAX (pop). Famous for the song "Lights Down Low" that you're unlikely to have avoided hearing on the radio.

9:15 p.m Don Omar (reggaeton/Spanish). "Danza Kuduro" is one of his most popular songs, you'll probably recognize this one!

2:30 pm. Stick Figure (reggae). Another California band that plays in Florida often. "Smokin Love" is one of their most popular songs.

5 p.m. Arielle (pop/rock/ballads). She's a new singer from Texas. "Devil's Disguise" is one of her songs.

6 p.m. Larkin Poe (rock). The band is from Georgia and "Preachin' Blues" is one of their top tracks.

7:30 p.m. Keith Urban (country). The Kiwi country star marks the first major country act to play SunFest. You may have heard his "Blue Ain't Your Color."

5 p.m. Absoloot (hip hop). Rapper from Fort Lauderdale. "Believe" is one of his songs.