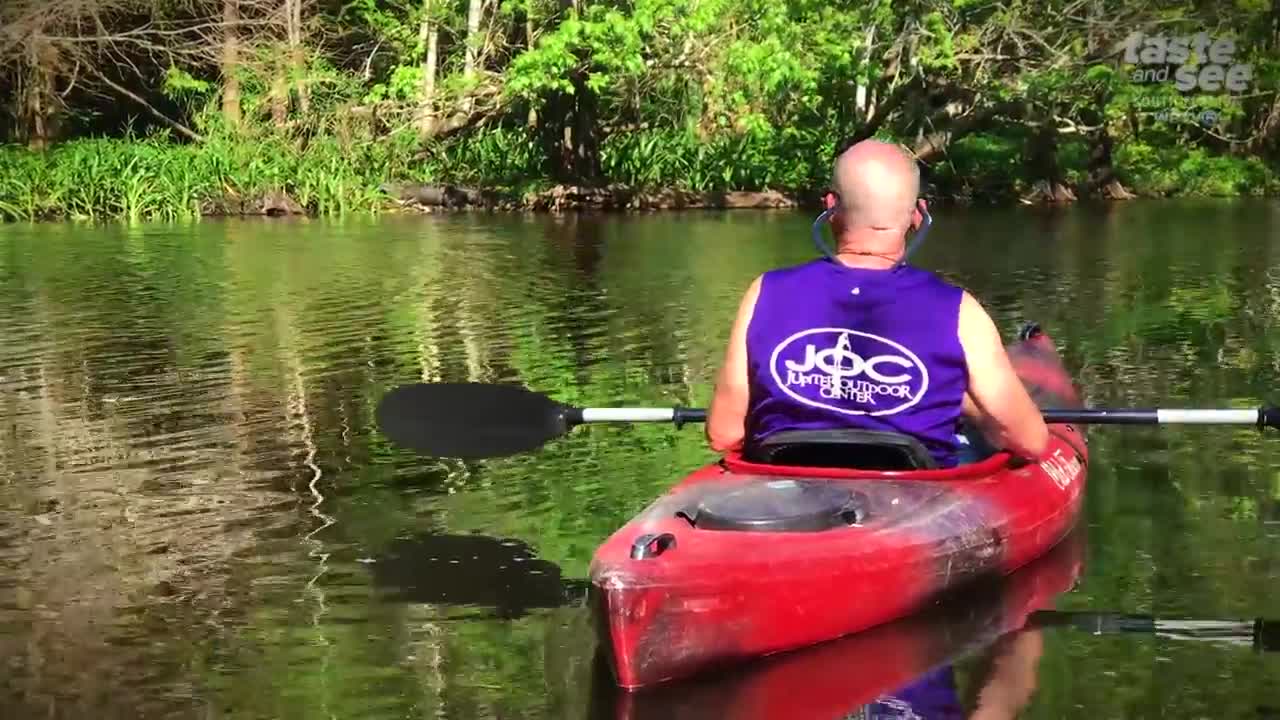 Knowledge you should know about alligators for anyone using Florida's waterways. 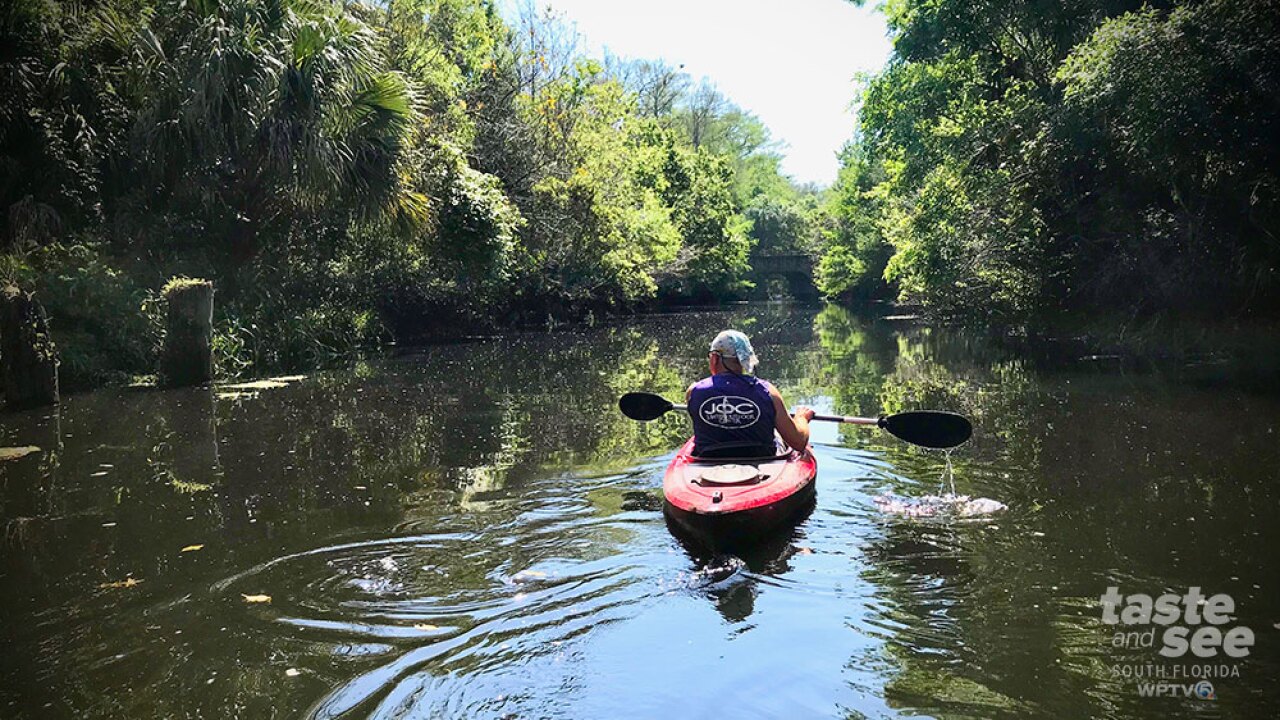 JUPITER, Fla. — A new Loxahatchee River kayak, paddle board, canoe, and tour shop is having its grand opening in Jupiter on Saturday.

I went on a preview and learned a valuable lesson from the Rick Clegg, the owner of Jupiter Outdoor Center. He gave me some important safety information about alligators for anyone using Florida's waterways.

Clegg has played on the Loxahatchee River since 1975 and calls it Jurassic Park.

Clegg's new business in Riverbend Park in Jupiter is already a haven for kayakers, canoers, and paddle boarders. He also offer tours, and when I took mine, the students from Franklin Academy were on a field trip at the facility.

"It's fun to come see the wildlife and be out in the nature," said mother Kristy Inge.

"I didn't think it would be any fun, I was terrified, but I didn't see any alligators," said student Mallory Inge.

"What do you do if you see an alligator?" I ask Clegg.

"Good question, because that is a part of our trip planning," said Clegg. "We tell people to expect to see an alligator on the river. That's one of the attractions of the wild and scenic Loxahatchee River."

Clegg's trip planning seems very thorough, including times to turn back, and other important information. He said not to panic, and as long as you stay in your boat, you should be safe.

With Bill DiPaolo steering my boat we started our adventure, and around the first river bend, Clegg spotted something.

Trying to be masculine as possible, I trembled.

My heart raced, still trying to play it cool about my impending death.

My video camera jerked back and forth with the eight-foot gator in and out of frame because of my nervousness. My only goal was to seem butcher then the fearless students from Franklin Academy.

But with Clegg's guidance we stayed calm (on the outside anyway), stayed in our boats, and we were okay as we floated by the beast.

Clegg loves the animals on the river and its natural beauty, including the phenomenon which happens mid-morning: the reflection of the trees in the water because of the rising sun. It looked idealistic, like a photo they'd use for a beautiful puzzle.

"So the one thing we constantly hear from people is, 'I had no idea this beautiful Palm Beach County park was here,'" said Clegg.

According to Clegg, the park is the location of the Seminole Indian War and that the name Loxahatchee means "river of turtles" in the Native American language.

We took a break and I wanted to ask Clegg if there's anything environmentally that could damage this place that has remained relatively untouched for hundreds of years.

Rick Clegg, owner of Jupiter Outdoor Center warns of the damage a water shortage is causing on cypress trees.

As we headed back, we learned all about raccoon, deer, otters, and birds that inhabit this tranquil space.

"There's a gator up ahead there," said a kayaker.

As we returned, eight-foot Allie was waiting for us. As the gator climbed into the water, we stayed calm, stayed in our boats, and floated on by her. I felt the need to warn people.