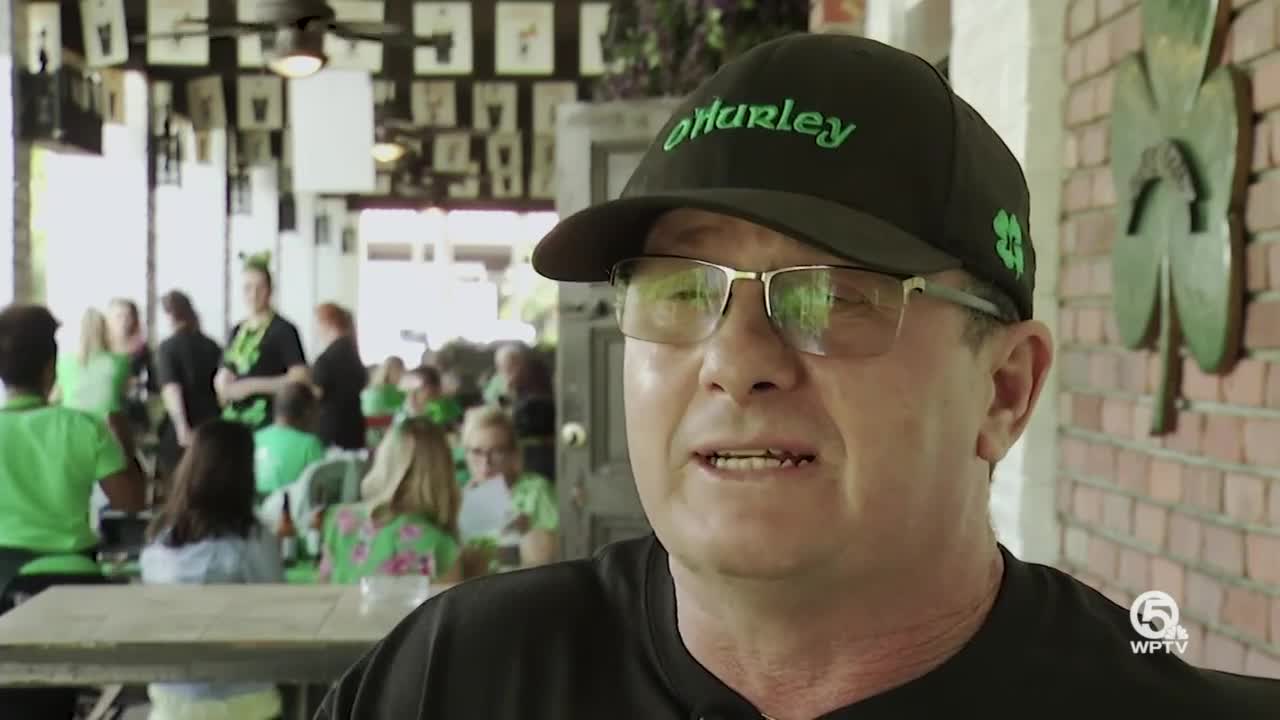 "This is the big day in lots of ways for lots of things at the moment, normally on a regular years, it's just St. Patrick's Day, but this year we're sharing it with the coronavirus," said Jackson.

Gov. Ron DeSantis ordered all of Florida's bars and nightclubs closed for 30 days starting at 5 p.m. Tuesday, ending St. Patrick's Day celebrations as the state acts more aggressively to contain a new strain of coronavirus that has infected more than 170 people in Florida, killing five.

Under the order, restaurants can only operate at half capacity.

"We're not going to tolerate anybody sneezing coming in the door. You know, we're going to be pretty vigilant along the lines of everything like that," Jackson said.

Paddy Mac's had noticeably fewer patrons than normal but Jackson says they still had a big night, but Wednesday morning he will be faced with the sobering reality of having to make cuts.